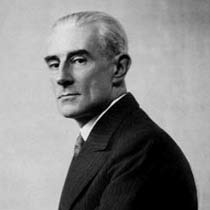 For all its charm and wonder, Ravel’s Daphnis et Chloé wasn’t a bump-free production from either side of the fence… It’s perhaps most well-known for its two orchestral suites, using music directly from the ballet itself. The suites, about 15 minutes each, make up half of the total ballet music.

We only have to think of concert performances of The Rite of Spring, The Nutcracker or Prélude à l’Après-midi d’Un Faune to realise how so much ballet music exists mainly on the concert platform nowadays, rather than solely in the theatre.

For this reason, the collaborative aspect of ballet music is often lost on us, especially when we get used to hearing concert versions of the original music, and Daphnis et Chloé is no exception. However, behind the beauty and serenity of the music lay quite a bit of controversy! We have to remember that, at the end of the day, ballet productions involved collaboration over a large range of artists, and sometimes they didn’t always see eye to eye.

The Ballets Russes, the company that premiered Daphnis, was owned and directed by Sergei Diaghilev, a man well-known (or soon to be) for his controversial productions, which had already included The Firebird and Petrushka, and which was to go on to include Debussy’s Jeux and, notoriously, The Rite of Spring. He was a big name responsible for big productions, and it’s safe to say his personality reflected this. No wonder, then, that there were reputedly tensions between himself, Nijinsky (dancing the lead role of Daphnis himself) and Michel Fokine (the ballet’s choreographer) during the rehearsal period.

There was also a conflict of interests in terms of how Longus’ ancient story was to be interpreted. Ravel wanted to evoke ‘the Greece of [his] dreams, which inclined readily enough to what French artists of the late eighteenth century imagined and depicted’, meaning basically an 18th-century interpretation of ancient Greece, which conflicted with Fokine’s image of a historically accurate depiction. 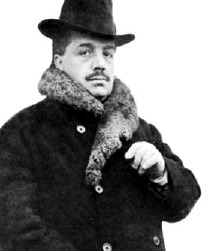 In the end, it seems as though Ravel won out – his music is certainly a very modern interpretation of the pastoral myth! His characteristic orchestration shines through, and the size of the orchestra itself enables so many sounds to be created. There are over 15 percussion instruments, including Ravel’s good old wind machine, a now-almost-obsolete-but-amusing-nonetheless instrument.

Ravel also featured a wordless chorus, giving an ethereal quality to many parts of the score. However, he was forced to write instrumental alternatives for the chorus parts due to the size of the ensemble, although it’s clear he didn’t want anything other than the original; when, at the London premiere of the ballet, Diaghilev scrapped the chorus and put the instruments in their place, Ravel was stung, and wrote a very angry letter to The Times:

My most important work, Daphnis et Chloé, is to be produced at the Drury Lane Theatre on Tuesday, June 9. I was overjoyed; and fully appreciating the great honour done to me, considered the event as one of the weightiest in my artistic career. Now I learn that what will be produced before the London public is not my work in its original form, but a makeshift arrangement which I had accepted to write at Mr. Diaghilev’s special request, in order facilitate production in certain minor centres. […] I am deeply surprised and grieved and I consider the proceedings as disrespectful towards the London public as well as towards the composer.

Ouch! It really seems like Ravel considered the music to be almost totally independent of the dance it accompanied – he referred to Daphnis as his ‘Symphony in A’, and this plus his outspoken objection to the removal of the chorus seem to support this independence. His music, in his eyes, was not something subservient to the dance. It lived and breathed on its own terms – something that was perhaps problematic when its main function was to be secondary to what was going on on-stage.

Perhaps, though, this is why this piece has found such a solid footing on the concert platform. The music is so independent that it doesn’t need choreography to make it make sense. It’s all there for you, right from the magical, suspended opening to the crashing danse générale finale. Perhaps Ravel had a right to be so outspoken – the fact that accompanimental music broke free of the confines of the theatre pit shows that the piece itself is worth hearing in its own right, away from set designs, lights and costumes.