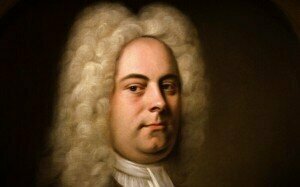 George Frideric Handel (1685-1759) is consistently acknowledged as one of the greatest composers of his age. He contributed to virtually every vocal and instrumental genre in his time, and decisively invented and shaped the evolution of the English oratorio. Handel consolidated the main European styles of his day, always relying on his extraordinary gift for melody. There is mysterious simplicity in Handel’s music, one that marries sensuousness and the spiritual. Frequently probing “the human response to the divine,” his music is illuminated with a great sense of humanity. For Ludwig van Beethoven, “Handel was the greatest composer that ever lived.” As such it is hardly surprising that Beethoven would pour his veneration into a set of variations based on one of Handel’s most famous tunes. 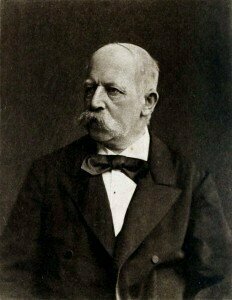 When the young Béla Bartók embarked on his first concert tour to England in 1904, he performed a set of variations by the relatively unknown composer and educator Robert Volkmann (1815-1883). Born in a suburb of Dresden, Volkmann eventually made his way to Leipzig and became acquainted with Robert Schumann. He composed in practically all genres, but various attempts at opera and oratorio were left unfinished. However, he distinguished himself as a piano composer and his Piano Trio in B-flat minor was admired by Bülow and Wagner, and championed by Liszt, to whom it was dedicated. Liszt and Volkmann were colleagues at the National Hungarian Royal Academy of Music in Budapest, an institution Volkmann would serve for almost 4 decades. His best and most difficult solo piano work is a set of variations on the theme of Handel’s so-called “Harmonious Blacksmith,” actually the “Air and Variations” of the final movement of Handel’s Suite No. 5 for harpsichord. Given Volkmann’s Hungarian connections and Bartók’s concert appearances in England, the “Handel Variations” were a natural choice. 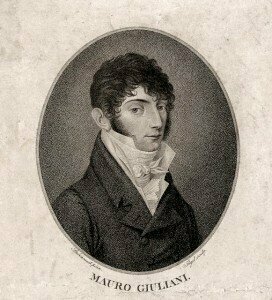 Robert Volkmann: Variations über ein Thema von Handel, Op. 26
It is still one of the enduring mysteries of classical music as to why and how the final movement of Handel’s Suite No. 5 for harpsichord acquired the nickname “The Harmonious Blacksmith.” The name certainly did not originate with Handel, and seems to have been first recorded in the early 19th century. One popular legend suggests that Handel once took refuge from a thunderstorm in a smithy, and upon hearing the hammer on the anvil was inspired to write the tune. It’s a good story, but sadly, it originated almost 75 years after Handel’s death. And then there is William Lintern, a blacksmith’s apprentice from Bath who later took up music and published the work under his own nickname, “The Harmonious Blacksmith.” This inspirational story also runs into some authentication problems, but the tune certainly achieved a high degree of popularity. In fact, it served as the inspiration for a delightful set of variations by Mauro Giuliani, a leading guitar virtuoso of the early 19th century.

Mauro Giuliani: Variations on a Theme of Handel, Op. 107 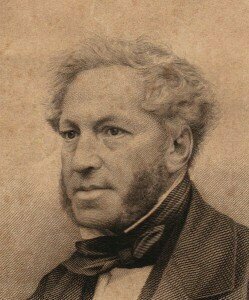 The Bohemian composer and piano virtuoso Ignaz Moscheles (1794-1870) not only helped to establish the “London School of Pianoforte” playing, he also succeeded his student Felix Mendelssohn as head of the Conservatory in Leipzig. A student of Muzio Clementi, his virtuoso performances won him an enthusiastic following, and he eagerly took advantage of the increased sonorities and more responsive action of the rapidly developing pianoforte. His 142 surviving compositions—among them a number of fine piano sonatas, eight piano concertos, symphonic and chamber works, and some vocal music—are characterized by restraint and classical balance. In 1822, John Baptist Cramer asked his close friend and colleague for two new movements for one of his sonatas for piano four hands. Moscheles agreed and later revisited his contribution to the sonata and transformed it into a duet for two pianos entitled Hommage a Händel. It became a favorite frequently performed by Moscheles and Mendelssohn, who in turn performed it with Clara Schumann.