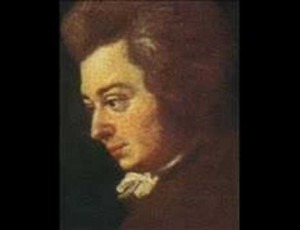 Innovations in instrumental design, and the performers who explore these newly found opportunities, frequently spur the imagination of composers. The invention of the clarinet and the exceptional mastery of the instrument demonstrated by Anton Stadler certainly inspired Wolfgang Amadeus Mozart to compose some unforgettable masterpieces, most notably the Clarinet Quintet and Clarinet Concerto. He also explored the darker regions of the instrument in his Masonic Funeral Music and even more prominently in his Requiem and The Magic Flute. A Viennese critic wrote after hearing Stadler, “I would not have thought that a basset clarinet could imitate the human voice so deceptively.” But wait, isn’t the Clarinet Concerto K. 622 written, or at least published for a clarinet pitched in A and not for basset clarinet? 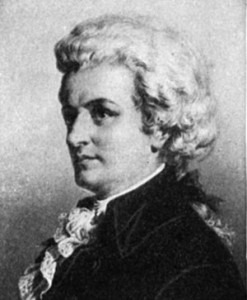 Confusing terminology aside, the clarinet did not gradually develop from an already existing instrument, but rather represented a revolutionary development in instrumental design that started with the Nuremberg instrument builder Johann Christoff Denner around the beginning of the 18th century. Denner had been experimenting with a single-reed instrument called the “Chalumeau.” Used by shepherds throughout Europe it looked roughly like a recorder, and it sounded the lower octave of today’s clarinet. Because it acted as a stopped-pipe resonator, however, it produced odd partial frequencies and performers had to cope with the interval of a 12th in the low register — as is still the case with today’s clarinet — rather than with the octave as on most other woodwinds. As might be expected, this oddity had rather severe implications on the construction of the instrument, because the tone-hole position for the lower scale is different from that of the upper scale. Before 1700, instrument makers were unable to cope with this challenge, and the “Chalumeau” only had a lower register. Even today, we refer to the lower register of the clarinet as the “chalumeau register, and the upper as the “clarinet register.” Denner finally was able to build an instrument — adding two additional holes close to the duodecime key — that not only played the lower register, but also the upper one, albeit significantly out off tune. As time passed, additional keys were added, and by around 1750 the five-key clarinet had become standard and intonation significantly improved. By 1760, the renowned Mannheim Orchestra employed two clarinet players, and Mozart famously commented on this completely new magical world of orchestral sound. Everybody thought that the concerto Mozart composed for Stadler — and he completed it only two months before his death in 1791 — was actually written for the basset clarinet, an extended variant of the soprano clarinet featuring additional keys that extended the lower range down a major third. 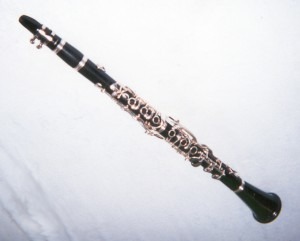 But things are never that simple, and recent scholarship has uncovered a 199-measure fragment in Mozart’s hand that substantially duplicates the first movement of the clarinet concerto. Apparently, it dates from 1787, and it is surprisingly scored for the basset horn, an early variant of the basset clarinet. This type of clarinet also featured an extended lower range — and eventually developed into the basset clarinet — but is pitched in F, a fourth lower than the standard B-flat clarinet. We do not know for whom Mozart might originally have composed this earliest version, but he certainly rewrote it for Stadler’s basset clarinet at a later time. Since Stadler premiered the concerto K. 622 on 16 October 1791 at a benefit concert in Prague, we are almost certain that Mozart never actually heard the composition performed. And by the time the clarinet concerto was finally published, almost a decade after Mozart’s death, the basset clarinet had almost completely disappeared and the concerto was adapted and printed for the A clarinet. 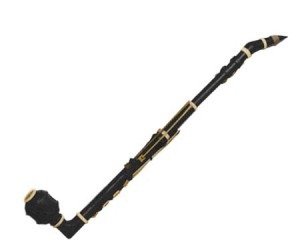 Stadler vigorously protested, but players and audiences quickly accepted this revised version. The differences between these two versions might not seem significant, as they mostly involve transposing particular passages from one octave to the next. On occasion, however, the shape of a musical line has to be changed completely, as the basset clarinet is able to carry a phrase down to its natural conclusion, whereas the revised version must come up for air. The one thing we can be sure of is the fact that the revision significantly changed the color of the work! Nevertheless, since it is Mozart’s final instrumental work, it represents the composer at the height of his creative powers. In his review of the premier performance, the music critic Bernhard Weber wrote, “Such an abundance of beauty almost tires the soul, and the effect of the whole is sometimes obscured thereby. But happy the artist whose only fault lies in an all too great perfection.” And just in case you are ready to consult the Mozart autograph manuscript for the authentic version of the concerto, be advised that Stadler lost it shortly after the Prague performance. Apparently, being in perennial financial difficulties, he simply pawned it shortly after Mozart’s death.