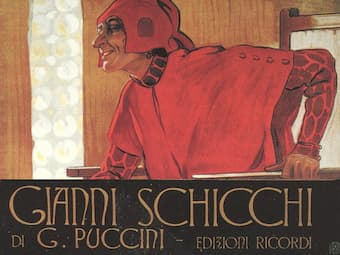 Without doubt, Giacomo Puccini scored an all-time hit with his aria “O mio babbino caro.” Just about everybody knows this famous melody, and it has been performed by some of the most illustrious singers of our time, not to mention countless operatic and popular hopefuls. Given such popularity, we decided to look at the origins of Puccini’s angelic melody and come up with the best interpretations of “O mio babbino caro.”

How did we come by this operatic masterpiece? Looking to converge theater and music, the composer began work on a one-act opera in 1913. By 1918, however, he ended up with a collection of three one-act operas entitled Il Trittico. Comprising Il Tabarro (The Cloak), Suor Angelica (Sister Angelica), and Gianni Schicchi, Puccini attempted to draw together three different operatic genres—the dramatic, sentimental and comic, respectively, in a single project. Premiered at the Metropolitan Opera in 1918, The Triptych opens with a violent drama of passion and jealousy that culminates in the melodramatic theatricality of murder. The second act, by contrast, presents a tale of religious redemption that centers on the suicide of a young nun. The concluding comedic farce, based on Dante’s narrative poem “Inferno” from his Commedia, allows for a glance into medieval Florentine society, all leading to an irreverent and ironic resolution. 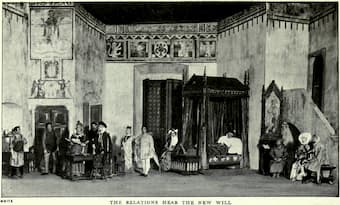 A scene from Puccini’s opera Gianni Schicchi. The Donati relatives
listen to the reading of the will

The most successful of the three scores, Gianni Schicchi, revives the “opera buffa” tradition and features the hit “O mio bambino caro.” Set in Florence in 1299, relatives gather around the deathbed of the wealthy Buoso Donati, but they are really only interested to learn the contents of his will. There is a rumor going about that Buoso has left all his earthly possessions to a monastery, and everybody is frantically searching for the will. Once the will is found, everybody’s worst fears are realized as Buoso has bequeathed his fortune to the monastery. 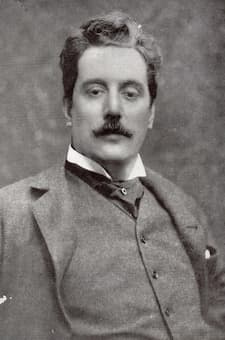 There is great indignation among the relatives, and it is decided that only Gianni Schicchi—originally a medieval knight but turned into a humble and smart peasant in Puccini’s setting—can successfully advise them. Initially, there is much protest, but Schicchi’s daughter Lauretta implores her father with “O mio babbino caro” to have a look at the will, which will also prevent her from being separated from her lover Rinuccio. While Schicchi concedes that nothing is to be done with the will, he nevertheless comes up with an idea. Since nobody but the relatives know that Buoso has died, he will impersonate the deceased and draw up a new will. Buoso’s body is removed, and Schicchi hides behind the bed curtain to receive the doctor. Having established that “Buoso” is still alive, Schicchi dictates a new will to the notary. Declaring the previous will null and void, he allocates the minor bequests and eventually assigns the major assets, a mule, the house and the mills, to himself. Everybody is outraged, but since they are all part of a criminal deception, they can’t publically protest. In the end, Schicchi chases them out of “his house,” and turning to the audience asks for forgiveness in light of “extenuating circumstances.” 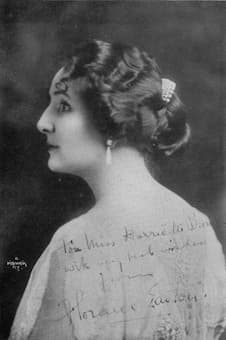 The soprano aria “O mio babbino caro” is the only set piece in the through-composed music of the opera. Its touching lyrical simplicity within an atmosphere of hypocrisy and family feuding became an instant hit. All the operatic greats have taken up this aria, including Elisabeth Schwarzkopf, Victoria de los Ángeles and Renata Tebaldi. We decided to feature the 4 best performances of the aria, starting with Anna Netrebko’s soaring angelic voice. Her unbelievable voice control and astonishing vocal quality in the middle register absolutely merits her inclusion in this list. Not to be outdone, Montserrat Caballé’s interpretations is probably the most emotional, as she characteristically slides into the opening notes of phrases. Callas, of course is Callas, and the matter-of-fact simplicity of expression is staggering, but the best of the best has to go to Renée Fleming. It almost seems that the aria was expressly written for her, as phenomenal technique, dynamic nuance and sublime emotion combine to come in at the top of the class.