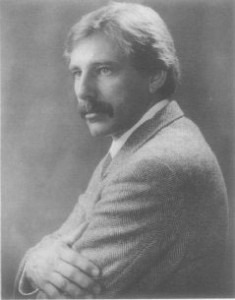 Virtually every time I mention that I play the cello, the response is an enthusiastic “Oh I love the cello!” Despite the fact that the soulful instrument is very popular today, the solo concerto repertory is not abundant like the piano or violin literature. We cellists are always on the hunt for beautiful music to play. Of course the mainstay of our repertory is the meaty and melodious Antonín Dvořák concerto. We all aspire to play this work. The interpretations of Rostropovich, Piatigorsky and Yo Yo Ma are favorites.

Only a few composers wrote cello concertos before the 19th century. There are some notable exceptions. Boccherini wrote nine cello concertos. The one in B flat major, No. 9 is popular (beautifully played by Jacqueline du Pré.) Vivaldi wrote an astonishing 25 concertos for cello but they are rarely performed. The two Haydn concertos, which are the essence of grace and virtuosity, are performed frequently.

During the Romantic era, composers started to take notice of the cello including Elgar, Saint-Saëns, Shostakovich, Lalo and Schumann as well as Tchaikovsky with his Rococo Variations. More rarely you might hear Bloch’s transcendent Schelomo, Rhapsodie Hebraïque for Violoncelle et Grand Orchestra, depicting Solomon’s lamentation from Ecclesiastes, (there is a wonderful historic recording with Emanuel Feuermann) or perhaps the concertos by Walton, Hindemith, Barber or Prokofiev. 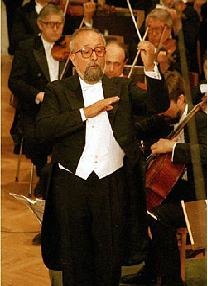 The brilliant tone poem Don Quixote by Richard Strauss, based on the novel by Miguel de Cervantes, was written as a showpiece for the principal cello within the orchestral texture. A solo viola plays Sancho Panza, Don’s sidekick. It’s a colorful programmatic piece — a set of variations depicting everything from sheep bleating, via flutter tonging in the flutes and muted horns, and the sound of wind blowing, via a wind machine.

Throughout the history of music, composers relied on royal patronage. Today orchestras and soloists continue to expand the repertory by commissioning composers to write cello concertos – even for two, three and four cellos!

American composer and pianist David Lee Ott, was born in 1947. Ott’s Concerto for Two Cellos was written in 1988. The National Symphony Orchestra (NSO) commissioned the double cello concerto. None other than the world-renowned cellist, Mstislav Rostropovich, the NSO’s music director was conducting. The Washington Times reported, “It was a case of love at first hearing. Mr. Rostropovich hugged and kissed the composer and his cellists as the packed house roared its approval.” Ott was nominated for a Pulitzer Prize for this work. The bravura playing, interesting tonal colorations and lyrical melodies earned the performers a five-minute standing ovation at the premier.

Polish composer Krzysztof Penderecki, born in 1933, is one of the world’s most celebrated composers. He has earned numerous awards for the tremendous impact of his music.

Penderecki’s works are infused with memories of the German occupation of Poland in World War II. He experienced the Nazi atrocities against the Jewish population of Poland. Referring to that time he said, “The problem of that great apocalypse, the death camp Auschwitz, has undoubtedly been in my subconscious mind since the war, when as a child, I saw the destruction of the ghetto in my small native town of Debica.” 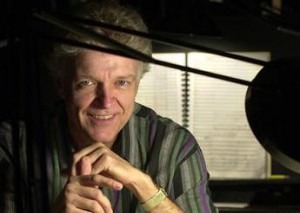 Some audiences have shied away from Penderecki’s music due to the caustic, avant-garde approach of his earlier compositions, such as his explosive Threnody for the Victims of Hiroshima. His Concerto Grosso No. 1 for Three Solo Cellos and Orchestra is in a more lyrical, romantic style. The six-movement piece traverses a wide array of emotions – from soulful solos in the cellos, to aggressive rhythms in the orchestra.

The poignant and brilliant writing, full of heart-rending melodies, features each cellist in solo cadenzas. There is also a rich 3-way cadenza. The large-scale orchestra punctuates vigorously with the xylophone, marimba, cor anglais (English horn) bass clarinet and percussion. The Concerto Grosso ends with an almost brooding introspection.

Charles Dutoit led the world premier in 2001 in Tokyo with the stellar cellists Boris Pergamenschikow, Han-Na Chang and Truls Mørk and then performances with the Chicago Symphony in July of 2011. The Concerto Grosso is a magnificent work and a great addition to the cello literature.

Composer Russell Peck’s Voice of the Wood is the only existing work for cello quartet and orchestra. Commissioned by the radio station WDAV of Davidson, North Carolina in celebration of the station’s twentieth anniversary, the Charlotte Symphony and four of its cellists performed the premier. The work is full of syncopation — the normal accents within a specific meter shift to stresses on unaccented beats. The richly melodious voices of four solo cellos are a winning combination.

Today contemporary composers are writing concertos for cello. Although they are challenging for both performers and audiences, these works are worth exploring. I for one, am hoping to hear the new Howard Shore concerto and the Phillip Glass Concerto No. 2 commissioned by the Cincinnati Symphony, works of 2012 that are relevant to issues of our time.

Click here to read about our composer of the month “Krzysztof Penderecki”.