Richard Strauss’ tone poem Don Quixote, subtitled “Fantastic Variations on a Theme of Knightly Character,” was premiered in Cologne on 8 March 1898. It musically dramatizes Miguel de Cervantes’ famous novel of 1605, describing the adventures of the anti-hero Don Quixote. “Through too little sleep and too much reading of books on knighthood, Don Quixote dried up his brains in such a way that he wholly lost his judgment. His fantasy was filled with those things that he read, of enchantments, quarrels, battles, challenges, wooing, loves, storms…” 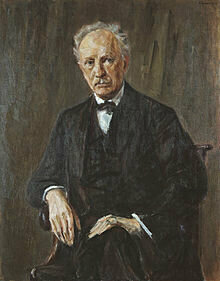 In his musical representation, Strauss reveals himself as a composer “capable of making poetic content and formal design coalesce with great brilliance.” His tone poems—although he preferred to call them symphonic poems—are closely allied with the ideal of program music. “I don’t like programs,” Strauss once remarked, “they promise one person too much, they exercise too great an influence on another, a third protests that the program has stifled his own imagination, a fourth would rather not think at all. Yet, I nevertheless regard the ability to express outward events as the highest triumph of musical technique.” 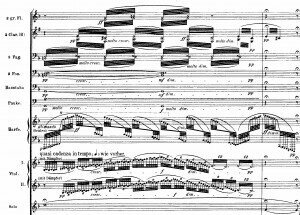 Exploiting a series of wonderful orchestral effects in telling his story, Don Quixote is without doubt the most obviously descriptive and picturesque of Strauss’s tone poems. Musically, Don Quixote is represented by the solo cello, and his sidekick Sancho Panza can be heard in the bass clarinet and tenor tuba. And let’s not forget his horse Rosinante, suggested by motives sounded in the solo viola! Structurally, the work is designed as a set of 10 fantastic variations prefaced by a prologue introducing the dramatis personae. In due course, the three main musical themes, including the dreamy oboe melody representing Dulcinea, are ingeniously transformed and combined, and heard as a succession of musical tableaux depicting episodes from the story. From the famous attack on a group of windmills and the deathly battle with a herd of sheep to his final defeat by the Knight of the White Moon, no composer has ever had a fuller understanding or captured more facets of Don Quixote’s personality than Richard Strauss.