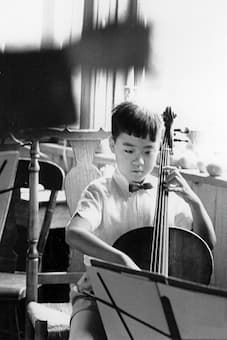 When it comes to famous classical musicians, Yo-Yo Ma is at the head of the class. For many years he has carried a celebrity status that rivals rock stars or famous athletes. He is a superstar, for sure, but you would never know it meeting him in person. Soft-spoken and humble, he has a great sense of humor and an infectious spirit. “I am just a performing musician,” he says of himself. “When I perform, I have this image of people who have been invited into my living room and we’re sharing something… When it comes to music, everybody is participating.” Dedicated to helping aspiring musicians and sharing music of diverse cultures with audiences around the world, Yo-Yo founded the “Silk Road” project in 1998 as an experiment but inspired by a vision for a new artistic language that would model the power of radical cultural collaboration. It is a project that draws on inclusion, openness, and the idea of bringing together global cultural and musical influences in an ambitious array of commissions that frame a wide range of traditions for the benefit of a more connected world. 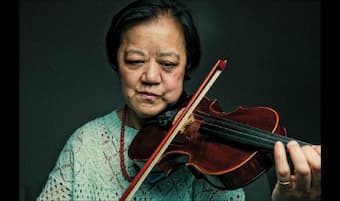 It all started on 7 October 1955, when Yo-Yo was born in Paris, France. He came from a family of musicians, his father Hiao-Tsiun was a violinist, composer, and professor of music, and his mother was an opera singer. Hiao-Tsiun Ma hailed from the Shanghai area, and he learned to play the violin at an early age. Destined for a professional career in music, the political situation in China forced many well-educated Chinese to depart for Europe. As such, Hiao-Tsiun left in 1936 and made his temporary home in Paris. Yo-Yo’s mother Ya-Wen Lu was born in Hong Kong and her ambition had always been to become an opera singer. To that effect, she studied music at the Central University when World War II ended. Meanwhile, Hiao-Tsiun had returned to teach at that university and was Ya-Wen’s professor of music theory. As the political situation worsened, he returned to Paris and Ya-Wen left for France in the same year. By 17 July 1949 they had married, and their first child Yeou-Cheng was born in 1951, with Yo-Yo following four years later. 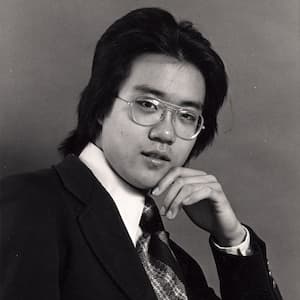 Both children showed great aptitude for music at an early age. Yeou-Cheng started piano lessons at age three and began violin lessons with her father soon thereafter. Yo-Yo also started piano lessons at three, but quickly fell in love with the cello. By age four, Yo-Yo was learning a Bach Cello Suite, according to the instructions of his father, two measures at a time. Yo-Yo later remembered, “My father taught me that when a problem is complex, you become tense, but when you break it down into basic components you can approach each element without stress. Then, when you put it together, you do something that seems externally complex, but you don’t feel that way.” 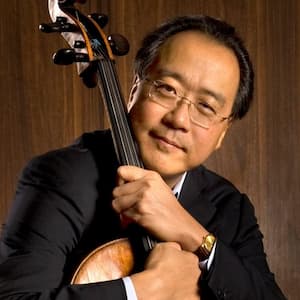 Yo-Yo advanced at an incredible rate, and at the age of five, he played his first concert at the University of Paris, performing some of his beloved Bach Suites. In 1962, the Ma family visited the United States and planned to stay for only six months. As it happens, they made New York their permanent home and Hiao-Tsiun fulfilled his lifelong dream of founding a children’s orchestra. The “Children’s Orchestra of New York” was established in 1962 and “provided children of all economic backgrounds with training in classical music as well as opportunities to perform.”

Yo-Yo Ma and Yeou-Cheng Ma Play Breval’s Concertino No. 3 in A Major “Allegro” 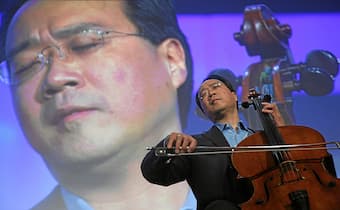 As Yo-Yo later explained, “As soon as we moved to America I had to deal with two contradictory worlds. At home, I was to submerge my identity. You can’t talk back to your parents-period. At school, I was expected to answer back, to reveal my individuality.” However, Yo-Yo’s incredible musical abilities were soon the talk of the town, and it was Pablo Casals who decided that the boy needed a wider audience. The perfect opportunity was quickly found, and on 29 November 1962, Yo-Yo and his sister played at a benefit concert in Washington, D.C. Leonard Bernstein conducted that concert broadcast on national television, and US President John F. Kennedy and his wife Jacqueline were in the audience. At that time, Yo-Yo was taking lessons with Janos Scholz, and the famous violinist Isaac Stern had seen Yo-Yo perform in Paris and again in the United States. He now introduced Yo-Yo to his friend Leonard Rose the principal cellist with the New York Philharmonic and teacher at the Juilliard School of Music. That student-teacher relationship lasted many years, and Yo-Yo counts Rose as a very important influence on his life and career. As he wrote, “One of the hardest things a teacher can do is to give a student permission to go his own way. I’ll always be grateful to Mr. Rose for that.”