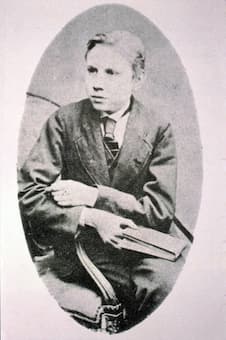 Born in the small village of Lower Broadheath near Worcester on 2 June 1857, Edward Elgar was the fourth of seven children born to William Henry Elgar and Ann Greening. William Elgar hailed from Dover and had been working as an apprentice to a London music publisher. In 1841 William moved to Worcester, where he worked as a piano tuner and set up a shop selling sheet music and musical instruments. He met and married Ann Greening, the daughter of a farm worker from the nearby village of Claines in 1848. William was a capable pianist and violinist of professional standard, and although he was Protestant, he was hired as organist of St George’s Roman Catholic Church in Worcester. Elgar’s mother was interested in the arts and encouraged her son’s musical development. A biographer wrote, “Elgar inherited from her a discerning taste for literature and a passionate love of the countryside.” 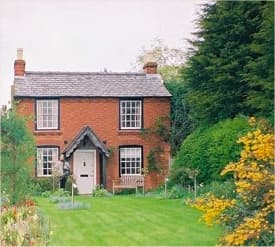 The Firs in Worcestershire, birthplace of Sir Edward Elgar

William first established a piano-tuning business, and in 1863 opened a music shop. Edward was born in a country cottage, but he spent his formative years living over the shop, Elgar Bros., at 10 High Street. He frequently was sent back to Broadheath for holidays at the farm, and the hamlet, “the beautiful isolation and views of the Malvern Hills took hold of his imagination.” A friend and biographer writes, “Elgar’s early surroundings had an influence that permeated all his work and gave to his whole life that subtle but none the less true and sturdy English quality.” Elgar started composing around the age of ten, and wrote music that forty years later he rearranged with only minor changes and orchestrated as the suites titled The Wand of Youth. Elgar explained “my first music was learnt in the Cathedral, from books borrowed from the music library, when I was eight, nine or ten.”

Edward received a local education, and by the age of 15 he started to earn a living by working in a solicitor’s office. He did win praise for his piano improvisations, but had no formal training beyond violin lessons from a Worcester teacher and, in 1877 and 1878, from Adolf Pollitzer on brief visits to London. Edward was determined to further his musical studies at the Leipzig Conservatory, but there was no money to follow through on this idea. At age 16 Elgar left business and became, for the rest of his life, a freelance musician, never again holding a regular secure post. Elgar started giving piano and violin lessons locally, and he became assistant, then successor to his father as organist of St. George’s. 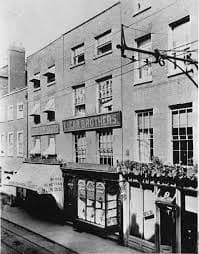 He frequently performed as a violinist and became the leader of the Worcester Amateur Instrumental Society, and the Worcester Philharmonic. He accompanied and then conducted the Glee Club, played the bassoon in a wind quintet and became “composer in ordinary to the County Lunatic Asylum at Powick.” A composer profile in The Musical Times suggested, “These practical experiences proved to be of the greatest value to the young musician. … He acquired a practical knowledge of the capabilities of these different instruments… He thereby got to know intimately the tone colour, the ins and outs of these and many other instruments.” 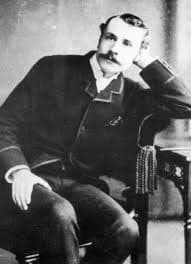 On his first trip abroad, Elgar visited Paris in 1880 and he heard Saint-Saëns play the organ at the Madeleine. Finally, in 1882 he made his way to Leipzig to visit his friend Helen Weaver. He had known her all his young life, as her father’s shoe shop was opposite the Elgar music shop in Worcester High Street. Helen was an excellent pianist and violinist, and she had a good singing voice. Eventually, Helen was sent to the Leipzig Conservatoire to continue her music studies, and on 31 December 1882, Elgar arrived for a four-week holiday. Helen and a fellow student, Edith Goveham, met him at the railway station and they had a good time throughout January by visiting galleries, and concerts. Helen and Edward became engaged in the summer of 1883, but for unknown reasons the engagement was broken off the next year. Helen left for New Zealand for health reasons, which were never really explained and some of Edward’s later cryptic dedications “may have alluded to Helen and his feelings for her.” In 1882, Elgar was employed as a violinist in Birmingham in William Stockley’s Orchestra, and on 13 December 1883 the Sérénade mauresque was his first work for full orchestra performed by a professional orchestra.