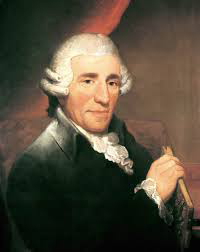 Franz Joseph Haydn is recognized today as the central figure in the creation and establishment of the Viennese Classical Style. Famous around the mid-1760s, by the 1780s he had become the most celebrated composer of his time. And from the 1790s, he became a venerated cultural hero throughout Europe. Familiarly known as the father of the symphony and the originator of the modern string quartet, no other composer approached his combination of productivity, quality and historical importance in these genres. 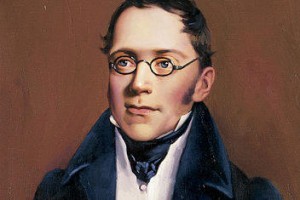 Full of witticisms, originality of form and motivic inventiveness, Haydn composed music about music and arguably created the first truly modern pieces of music. Composed during the turbulent times of the Napoleonic Wars, Haydn deliberately incorporated the patriotic hymn “God protect the Emperor Franz” into his String Quartet Op. 76, No. 3. The tune itself was soon heard throughout the Austrian Empire, and in due time, served as the national anthem of Austria, Germany, the U.S.A, Sweden, Russia, Switzerland and Lichtenstein. It also served Carl Czerny as the inspiration for his own set of variations for piano and orchestra, Op. 73. 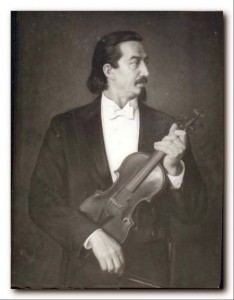 The Polish violinist Henryk Wieniawski was admitted to the class of Massart at the Paris Conservatoire at the tender age of 8! And by age fifteen he embarked on a full-fledged career as a virtuoso, accompanied on the piano by his younger brother. His initial appearance in St. Petersburg led to a multitude of concerts engagements throughout Russia. The Wieniawski Duo became widely famous and performed for state leaders, dignitaries and cultural personalities all over Europe. But it was Anton Rubinstein who clearly understood the fantastic potential of the young Polish violin magician, and eventually secured him a contract as a teacher in the Russian Music Society. During a performance in Oslo, Wieniawski was accompanied by Edvard Grieg, who wrote to a friend, “During my concerts, the audience normally sits around yawning and snoring, but yesterday, when I played with Mr. Wieniawski, everybody seemingly wanted to tear down the house in ecstasy!” Predictably, Wieniawski also dabbled in composition, and the Haydn “Emperor Tune” becomes the subject for a didactic study in violin wizardry. 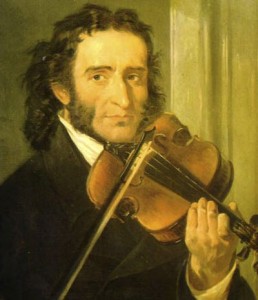 As an aspiring violin virtuoso, Wieniawski could certainly not ignore the influence of Niccolò Paganini. Nor could he ignore the fact that Paganini had fashioned his own set of variations on Haydn’s “Emperor Tune.” Paganini played the first of his fourteen triumphal Viennese concerts on 29 March 1828. Emperor Franz I was over the moon, presented him with a gold snuffbox and named him chamber virtuoso. To thank the Austrian Emperor, Paganini composed a new work for the fourth string of his violin and orchestra. The Maestosa Sonata Sentimentale, Op. 27 predictably builds on the “Emperor Tune,” which receives four extended variations. The work opens with a broad introduction, a short violin recitative and a spirited Allegro. And then it’s on to the Haydn theme. 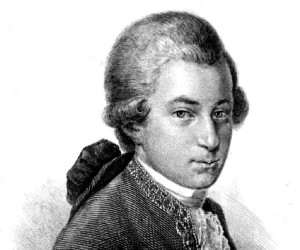 Haydn’s musical influence was clearly not confined to the ever-popular “Emperor Tune.” He completed and published his set of highly influential string quartets Opus 33 in 1781, the very same year Mozart arrived in Vienna. The two composers became friends and occasionally played quartets in Mozart’s apartment, with Mozart on the viola and Haydn playing violin. After Mozart had studied and thoroughly absorbed Haydn’s Op. 33, he set to work on six string quartets dedicated to Joseph Haydn. Haydn first heard these quartets in Mozart’s home on 15 January and 12 February 1785, and uttered the famous remark to
Leopold Mozart who was visiting from Salzburg: “Before God, and as an honest man, I tell you that your son is the greatest composers known to me either in person or by name. He has taste, and, what is more, the most profound knowledge of composition.”