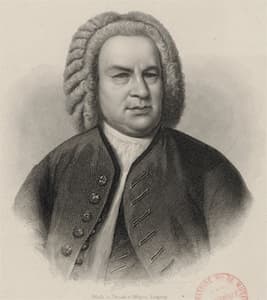 Why is it that some pianists have become so closely associated with specific composers? Is it due to personal preference, that they feel a particular affinity with certain composers, or simply like their music? Or is the association one which is conferred upon them by critics, commentators and audiences? Media focus undoubtedly plays a part in this: the pianist becomes an acknowledged specialist or authority in the music of a specific composer, or composers, and their other performances/recordings may be overlooked as a consequence. Take Alfred Brendel, for example – a pianist most closely associated with the Viennese masters Haydn, Mozart, Beethoven and Schubert – yet he also made some very fine recordings of Liszt’s piano music.

This series of articles will explore pianists who have a special relationship with specific composers, beginning with J.S. Bach.

The music of J.S. Bach can be played in a multitude of ways and this is perhaps the main attraction of this music for so many pianists – and listeners too. It offers unending gratification combined with new insights and revelations, which make it constantly fascinating and allows players to each bring something personal to the universal appeal and vision of Bach’s music. 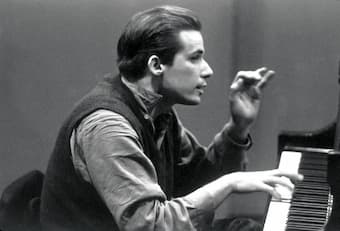 The Canadian pianist Glenn Gould is most closely associated with J.S. Bach, and he undoubtedly brought his own very personal vision and interpretation to Bach’s keyboard works, most notably the Goldberg Variations, which Gould recorded twice. His idiosyncratic playing, replete with humming and muttering, is adored and despised in equal measure. For some Gould is a genius, whose special touch, honed by the “finger tapping” technique from his teacher Alberto Guerrero, resulted in crystalline articulation, extraordinary fluency, lightning-quick runs, and a remarkably resonant sound. He is credited with bringing the Goldberg Variations out of obscurity and giving it a modernist, characterful vigour, and his recordings of Bach’s keyboard works remain prized benchmarks of the genre to this day. 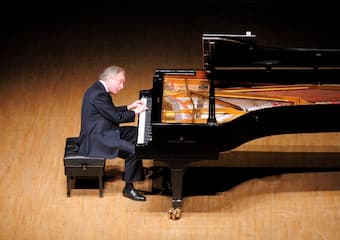 Schiff is recognised as the pre-eminent Bach player of his time whose performances and recordings are lauded for their scrupulous attention to detail, beautiful singing tone, freshness and muscularity, supple rubato, and the full pianistic palette of colours and shadings, yet free of gratuitous sentiment or unnecessary gesture. He has lived with this music almost all his life – his relationship with it is almost like a long marriage – and his deep understanding and appreciation of it are evident in every performance. His concerts can be akin to religious devotion for his fans, and he has a way of creating a very distinct, concentrated atmosphere when he performs. On playing the music of J.S. Bach, Schiff says, “It gives me emotional, intellectual and physical pleasure and satisfaction… Every day of my life, I start with playing Bach, usually for about an hour, sometimes even before breakfast! It’s like taking care of your inner hygiene. There is something very pure about it.” (interview with NPR).

Let’s not forget that he is also a fine interpreter of, amongst others, Beethoven, Schubert, Schumann, Brahms, Janáček and Bartók. 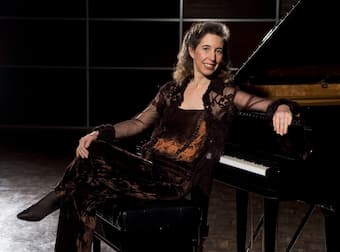 If someone’s Twitter handle includes the name J.S. Bach, as Angela Hewitt’s does, then one can be sure that this composer is close to their heart.

Angela Hewitt’s recordings and performances of Bach on the piano have received the highest critical acclaim, and she has sold nearly half a million recordings since her first release of the Inventions in 1994.

Perhaps the appeal of this music for Hewitt is summed up in this quote: “Bach’s music is universally loved…Something in it speaks to all humanity.” Her playing is suffused with joy and colour, refinement and elegance, and like Andras Schiff, she is a strong advocate for performing Bach on a modern piano, which further confirms the universality of this music.

In addition to Bach, Angela Hewitt is an accomplished performer of Chopin, Liszt, Granados, Debussy and Messiaen. 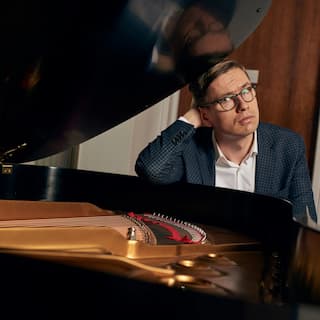 “My Bach is my Bach…”
My “wildcard” choice for these Bach players is this young Icelandic pianist, hailed as “Iceland’s Glenn Gould”. A relative newcomer, his recording of Bach transcriptions won him the BBC Music Magazine Album of the Year award in 2019.

Ólafsson admits to a certain nervousness when talking about his 2018 Bach album, knowing that people can have “very strong opinions” about the way Bach is played. He brings an immense warmth and an almost organ-like glowing sound to his playing of this music. He tends towards a more romantic sense of tempo and pace, striking a pleasing balance between freedom and discipline, rubato and rigour, his fastidiousness tempered with a playful charm. He finds inner voices and layers, revealing the freshness of his approach.

Says Ólafsson, “Bach gives us space to explore our own world”, and one certainly has a sense of a very personal approach to Bach throughout Ólafsson’s album. Whether he will enter the pantheon of “great Bach players” remains to be seen, but his performances of this music are memorable, absorbing and, above all, enjoyable.