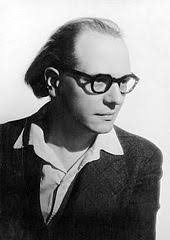 25 years ago, on 27 April 1992, one of the most original and influential musical minds of the 20th century passed away in Paris. Olivier Messiaen (1908-1992) was the leading French composer of the generation after Debussy and Ravel, but from the very beginning developed a modal system of completely individual sound. He deeply valued non-European cultures, but his entire musical oeuvre is distinguished by his deep devotion to the Roman Catholic faith. As he famously said, “I was born a believer.” Further enriched by his speculative interest in rhythm and a lifelong fascination with birds—he considered birds the greatest musicians—his innovative use of color and personal conception of the relationship between time and music informed an intimate and highly distinctive style. A precocious musical talent, Messiaen entered the Paris Conservatoire at the tender age of 11. From the Gallon brothers he learned harmony, counterpoint and fugue, and Paul Dukas passed on his own brilliant orchestration technique. The music historian Maurice Emmanuel shared his passion for Greek and Hindu modes, and Marcel Dupré encouraged Messiaen in his penchant for improvisation, in which Messiaen became an uncontested master. Following his graduation in 1930, Messiaen became the principal organist at La Trinité Cathedral in Paris, a post he held for more than 40 years. 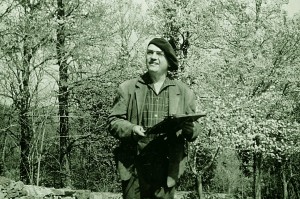 Messiaen had the gift of “synaesthesia,” a condition associated with hearing colors. He often described his music in terms of color progressions, and key signatures and collection of pitches are equated with specific colors. In addition, Messiaen was moving within his own modal universe based on the inherent symmetry of exotic modes. As such, he created progressions and melodies free of the tonic-dominant polarity of traditional tonal music, while remaining independent of the twelve-tone system as well.

Messiaen joined the French army on the outbreak of World War II, but his poor eyesight prevented him from front-line action. He was taken prisoner and interned in a camp in Silesia. During his captivity he composed the Quatuor pour la fin du temps, in which “the end of time” is expressed by static ostinatos, sudden interruptions and dances in irregular rhythm. One of the great chamber works of the 20th century, it subsequently led Messiaen to explore the application of serial techniques to duration, register, and dynamics. 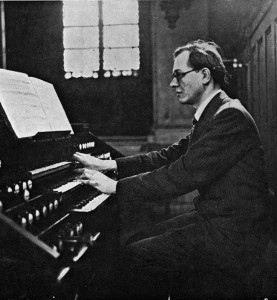 After Messiaen’s return to Paris in the spring of 1941, he was appointed to teach harmony at the Conservatoire. This marked the beginning of a distinguished teaching career, eventually resulting in appointments in Darmstadt and as professor of composition at the Conservatoire in 1966. His impressive list of students includes Boulez, Barraque, Stockhausen, Xenakis, Goehr, Murail, Yvonne Loriod, and George Benjamin among many others. Messiaen also devoted himself to copy and collect birdsongs, first in France and subsequently throughout much of the world. He adopted birdsongs and calls for traditional instruments, and that included the colors of avian plumage. Messiaen considered birds, “like angels or resurrected souls, free in flight and at one with God.” In his bird quotations Messiaen ignored the distinction between reality and representation, and his birds become a metaphysical presence in which reality resides.

Messiaen’s interest in ornithology is subsumed in his profound believe in the truths of the Roman Catholic faith. He never claimed to be a mystic or possess special access to wisdom. “I simply want to faithfully illuminate the teachings of the Church,” he once stated. As a person and composer he was attracted by those moments in the Gospel stories when Christ’s divinity stood apparent, the Nativity, the Transfiguration, the Resurrection and the Ascension. Messiaen was also drawn to the mystery of the holy sacrament, the Trinity, and the pronouncements of angles. Scholars have rightly described his “faith as naïve,” and Messiaen himself expressed his fascination by what astronomers and geologists were learning of the history and nature of the cosmos. Yet, he was “untroubled by any rational objection to the items of his creed.” Messiaen retired from his teaching position at the Conservatoire in 1978, but continued to compose works partly inspired by his extensive travels. This included various visits to Japan and the United States. In fact, a mountain in the US state of Utah famously bears the name “Mount Messiaen.”

“My faith is the grand drama of my life. I’m a believer, so I sing words of
God to those who have not faith. I give bird song to those who dwell in cities
and have never heard them, make rhythms for those who know only military marches or jazz, and paint colors for those who see none.”