I talk to Icelandic pianist Víkingur Ólafsson about Beethoven, personal growth and problems facing young pianists ahead of his debut appearance in Hong Kong in March. Hot off the heels of the French Premiere of John Adams’ Piano Concerto in Paris, Víkingur will be performing Beethoven’s Third Piano Concerto with the Hong Kong Philharmonic on 20 and 21 March. His fifth album, Debussy • Rameau, is also scheduled for release later this year.

Are you playing a lot of Beethoven this year?

‘It’s a challenge to play Beethoven in the Beethoven year, because there’s a danger everything is going to be saturated with Beethoven, but that’s why we have to be very specific as performers: which pieces we play, what exactly we’re looking for, so it doesn’t just become the Beethoven thing on the menu.’

Do you look for different things to say when performing Beethoven as opposed to John Adams?

‘To work with someone like John Adams or Thomas Adès is a huge privilege for me, because they’re going to be there in the canon of the great composers, and I’m just very lucky to be on the planet at the same time as them, to get to play their music with them. I think every time I work with great composers there is one thing in common: they are all very open-minded about how their music should go. The score is so important but at the same time it’s so incomplete. It’ll never be even close to complete, and if they’re great composers they understand that the music is, in a certain sense, bigger than them, it transcends the individual and there can be possibilities within great music that even its creator hasn’t realised.

‘When you find that with the living composers and then you go back to Beethoven, it frees you up. It helps you to get free from this historical burden of being a pianist in 2020. There are obviously so many fine performances of all these works that it can feel a bit daunting. The big thing with Beethoven, of course, is that you have to make him your own.’ 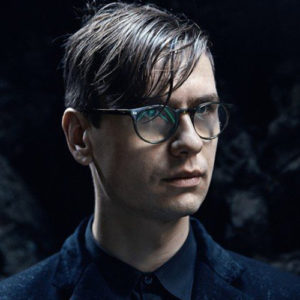 What else are you doing along with the CD release?

I’m doing a lot of Mozart, and projects like with John Adams or Thomas Adès. But this is what I love, to be able to put in a string of recitals and programmes that really make sense, so I’m not jumping from Rachmaninoff one week to Bach the next, and then on to some new music you’ve never heard of and only play once. This is challenging, and obviously this is the life of many young performers, and it’s underrated how difficult it is.

‘It’s much harder to be young and less established than to be more established and maybe only play three concertos a season. And young musicians are always being compared to those people who have that kind of life, that kind of stability, and it’s simply not fair. My one wish for the business is that the performer gets to govern more what he performs, and that there’s more of a dialogue rather than players being told what to play.

‘Obviously you also need artistic direction from all these orchestras and promoters, so it’s a problem that will never be solved, but I think the balance should still go a bit further to listening to young people and letting them do what they really burn for.’

How did you keep that passion burning when you were younger?

‘The passion was always there, and I was always excited. I always felt I was meant to be going forward, but it was very long-term. I was much older than most people when I started to get noticed, so basically I had to be very patient. It’s difficult. I played six or seven concertos a season but I always had a couple of weeks off in between. Once you start performing almost every week it becomes so hard – and that’s what so many young performers are dealing with. I was lucky in a way not to have too many concerts and to have it [develop] so gradually over a longer period of time, but I worked, and still do, insanely hard for everything. You just have to love it so much.’ 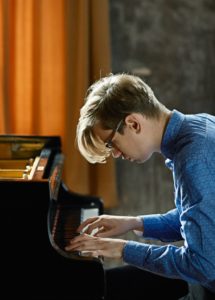 What would you advise to younger performers, who are constantly being compared to more established pianists in this way?

‘You have to believe you can have your best period later. You don’t have to be super famous when you’re 25, which is nonsense for the composers we play. Debussy was a late bloomer, and I think it’s also nonsense for the performers. Just look at Horowitz; he was exaggerating, but he said he learned all his technical understanding of piano playing in his forties. I think that attitude is so important – that there is still scope for immense learning, and changing yourself, if you wish.

‘We have this notion that you either have it or you don’t. But then you can have the world’s greatest talent but not know how to become your own teacher and to hone your skills, and then it’s worth nothing. Performers who are not so stable and who managed to add to themselves and to be their own teacher from early on: those are the ones who make history. Those are the ones we remember and care about.’