A consummate musician, with a ferocious intellect, András Schiff is one of the greatest pianists of our time – indeed of all time – acclaimed in particular for his interpretations of the keyboard music of J.S. Bach and the Viennese masters Haydn, Mozart, Beethoven and Schubert. 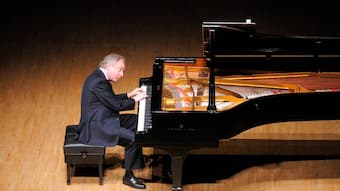 His concerts are sold out the world over. Such is his presence, and the intense concentration he creates when he plays, he can fill London’s Royal Albert Hall with spellbinding performances of Bach’s Goldberg Variations and the Well-Tempered Clavier, the audience so quiet that you could, literally, hear a pin drop in the silences between the notes. A capacious memory and impressive stamina enable him to present long programmes of complex music which draw his audiences into his special, distinct soundworld.

Born in Budapest in 1953, András Schiff started taking piano lessons at the age of 5 and studied at the Ferenc Liszt Academy before going on to study in London. He was a finalist in the Tchaikovsky International Piano Competition in 1974 and third prize-winner of the Leeds International Competition in 1975. He holds British-Austrian citizenship, and was knighted in the Queen’s Birthday Honours list of 2014, for services to music. 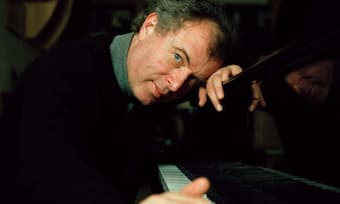 With a reputation for uncompromising views on performance and interpretation, Schiff eschews the use of the sustain pedal when playing Bach, something which he has taken from his friendship with the renowned harpsichordist George Malcolm. “He told me not to play Bach with the pedal, but to play it with your hands and not with your feet.” His playing of Bach’s keyboard music is remarkable: he marries a singing tone and full palette of pianistic colours with a clarity of texture and structure, while also appreciating the flexibility and natural rubato of this music. He has lived with this music almost his entire life and one senses his deep association with and affection for it. 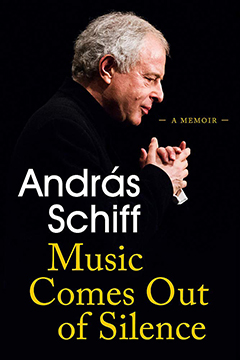 And he offers plenty of food for thought in the music of Haydn, Mozart, Beethoven and Schubert. When I heard him perform late sonatas by these four masters as part of his Final Sonatas concert series, I was struck by the care and attention in his playing (this was the first time I had heard him live). Highly considered, almost reverential, every note, every nuance, every tempo, every dynamic gradation was meticulously thought through. His calmness on stage allows the music to speak without the distraction of gestures. There are no rough edges in his playing – he floats his pianissimos out of the instrument, his phrasing is eloquent, his pedaling scrupulously tasteful.

He does, however, divide opinion: for some he is a living pianistic legend, for others, he is overly mannered and too intellectual. He has upset some with his views on the discernment, or lack thereof, of modern audiences, and won praise for his assertion that the modern concert format – a long evening, with an interval – is due a shake up: lose the interval and offer shorter, more spontaneous programmes, a model which is particularly appropriate for concerts in the time of coronavirus.

But whatever your view of András Schiff, there is no doubt he is one of our finest musicians whose performances, recordings, teaching and writing offer huge inspiration and profound insight into some of the greatest keyboard music ever written.