Composers Inspiration
Variations on Goldberg I
by Maureen Buja May 16th, 2015 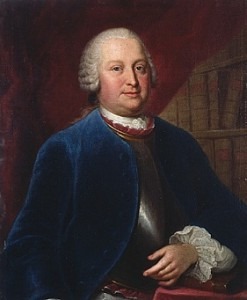 Bach’s Goldberg Variations, BWV 988, hold a special place in music history. Written for Count Kaiserlingk, former Russian ambassador to the court of Saxony, who needed something for those sleepness nights when he was ill, the music was to be played, softly, but of a smooth and lively character. The variation form was ideal for this, since each of the 30 variations brought forth a new idea to occupy the Count’s sleepless mind. He paid Bach with a golden goblet filled with 100 louis-d’or.

The Goldberg of the title was Johann Gottlieb Goldberg, harpsichordist to Count Kaisleringk. The Count was very fond of the variation set and would call to out: ‘Dear Goldberg, do play me one of my variations.’ 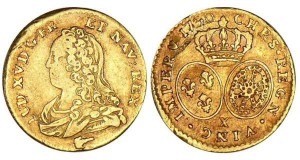 The Variation set has become one of Bach’s famous repertoire. It has been looked on in envy by players of other instruments. Accordingly, they have made transcriptions of the Goldberg for their own use. In just a brief survey, we found versions for everything from vocal ensembles through string quartets up through chamber ensembles.

In this article, we’ll look at transcriptions for a single player:

Different performers do different things. Stefan Hussong, in performing the aria, tries to suppress the ability of the accordion to hold long notes (remember that the harpsichord also cannot sustain long notes), and has a very sparse version.


Janne Rättyä, on the other hand, uses the sustain on the accordion to set up a lower voice that holds notes against the moving upper line. Other performers, such as Denis Patkovic and Mika Varyynen, also follow this model.

The limiting factor on the guitar is that, unlike the piano, you can only use one hand for finding the pitches, although it is possible to play multiple pitches at the same time. Kurt Rodarmer makes a lovely version, although much of the counterpoint we love in Bach has had to be dropped.

The harp can use 8 fingers to play and the version is not unlike that of a keyboard, without the awkward pauses found in the guitar version. In additional the resonance of the harp brings out other colours in the lines that play well with the essential score.

Two of the most famous performances of the Variations were performed by Glenn Gould, who made recordings in 1955 and 1981, famous for their intimate recording sound and the fact that you can hear him sing and croon along with the music (engineers were sometimes able to remove this).


Listening to just the Theme of the Goldberg in these two recordings, you can see how much Gould had rethought the piece, slowing down the tempo and bringing out different aspects of the writing.

When we move to the organ, we have a couple of advantages: the first is that we not only have 10 fingers but also two feet, another is the tremendous range of color we have with all of the different organ stops.