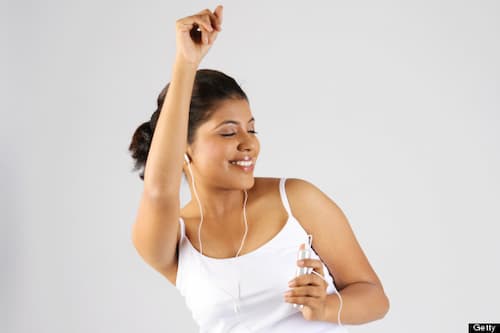 There are certain times when you want music to bring you up out of your chair, get you skipping around the room, and change your feeling to one of complete energy. We surveyed our writers for their favourite go-to pieces for an energy push.

Nikolai Kapustin has been known for amalgamating the harmonic language of jazz music and classical music forms in his compositions. His Piano Concerto No. 4 has an immediately infectious vibe and foot-tapping rhythm. Within the first few bars, you will find yourself immersed in the jovial mood of the music and its rhythmical vitality. Whenever I feel tired or bored from my studies, I will recharge myself with this exuberant and invigorating piece of music!

I love Schubert for his melancholy works that seem to capture all of the human experience effortlessly, whilst simultaneously showing us that yes, some people are just far better than we’ll ever be. But his Wanderer Fantasy, Op. 15, betrays the other aspect of his personality – that of the young Schubert brimming with energy and vivacity. By the time he reaches the maximum climax point in the fourth movement, it’s just like “yesssss, f*ck everything, this is what unbridled and pure ecstasy sounds like.”

Mozart’s Clarinet Concerto is my energy piece. Mozart was known to be a jolly person, a happy lad, and perhaps a joker, too. There is so much of this personality, the childish side of the musician, that appears in his music and that is particularly the case with this concerto. The clarinet is joyful and light, although full of intensity at times. It is simple in appearance — as with much of the composer’s music — and charged with uplifting emotions.


The Four Seasons by Vivaldi is the go-to music to bring a smile to my face and perk my spirits up for the day. These four concerti, each with three movements, were structured as conversations among a string ensemble, harpsichord and a solo violinist (or a few soloists). Vivaldi portrayed each season’s character most vividly, beginning with a vigorously rhythmic narrative of “Spring’, followed by a languid yet stormy “Summer”, then a charming, dance-like “Autumn”, ending with a bleak, desolate “Winter”. I believe that predictability of recurring seasons coincided with constancy of change inspire positiveness.

As the saying goes: “the only constant is change”. Being an example of “program music”, distinctive sounds of nature and life were simulated, which in turn sparked my imagination, e.g., trees rustling, birds chirping, streams gurgling, thunderstorms rumbling, and to top them all, dancers partying!

I just love dark chocolate, and when I need some mental and physical energy, I am sure to eat a corner or two. I suppose, I feel the same way about classical music. When it’s time for some extra energy and brightness in my life, I turn to the Four Seasons by Vivaldi. Spring is really my all-time favourite; it’s fresh, cheerful and beautiful, and includes soothing sounds of nature. The birds are singing, a shepherd is sleeping happily guarded by his faithful dog, and it all finishes with a lively spring dance. Even after the darkest and most depressing winter, nature bursts forth with renewed energy.

I don’t remember when Beethoven’s 7th became my favourite symphony. It just always has been. From those fussy, dangerously exposed A-major scales in the first movement – to the almost frightening grandeur of the second movement – to the sarcastic off-balance scherzo – to the rollicking finale, this is a symphony where the energy knocks you over from the first measure and never gives you a chance to get up. One of my favourite musical memories is performing it for the first time. (That was also, coincidentally, the first time I was ever paid for playing with an orchestra.) Spinning out those impossibly fast slurred sixteenth notes in the last two minutes, with the cellos churning away underneath… It was grin-inducing. And lucky for me, there were many Beethoven 7s yet to come that would make me even happier.

The rollicking finale of Beethoven’s Seventh Symphony is so uplifting, it’s guaranteed to make me feel energised and positive whenever I hear it. It has a strong beat and a whirling dance rhythm which immediately lifts the spirits and sets the pulse racing.

When it comes to vitality, energy and a sense of perpetual motion in classical music, I immediately think of Stravinsky’s Rite of Spring. The composer reveals to me a rhythmic language built on pulse, rhythmic accent, and gesture. Through a progression of scenes and emotions, the work clearly evokes a primal past. It is indicative of motion and of life, and it goes to the core of human nature. The subject matter, of course, isn’t particularly nice but in terms of raw energy, it is unrivalled. Commentators have called it “music of the body rather than of the mind, with melodies following the patterns of speech; rhythms would match the energy of dance… sonorities would have the hardness of life as it is really lived.” In terms of energy and dynamism, it clearly is infectious.

In the best compositions, words or dance merely ornament the music, which remains central, never accessory. Tchaikovsky lavished superb craftsmanship on his three ballets, his structural innovations usually overlooked in the bubbling enthusiasm they inspire: tears of joy, overloaded aesthetic sensibilities, a profound realization that music is the universal alternative to everything painful, limiting, material, hierarchical, or even cerebral and spiritual – the ultimate disconnect! Christmas wouldn’t be complete without The Nutcracker -Live ! Afterwards, the Swan Lake and Sleeping Beauty suites by a sharp London Symphony Orchestra under Pierre Monteux keep the spirits up all year round.

Mendelssohn’s String Octet in E-flat minor, Op. 20, written in 1825 when the composer was only sixteen, inspires me to dance and sing along if I’m not playing myself. Written for double string quartet it has blistering vitality, especially the first movement, marked con fuoco (with fire), and the light-footed and scintillating Scherzo is reminiscent of A Midsummer’s Night’s Dream. The music, accomplished and polished, sparkles as does much of Mendelssohn’s music but this piece strikes me with its positive energy.

In 1632, Claudio Monteverdi put out his Scherzi musicali cioè arie et madrigali, including a remarkable piece for 2 tenors, Zefiro torna. Set over a repeating chaconne bass, the two tenors go through each line of the poem, which Monteverdi has set to the most exquisite musical text painting – you hear the ruffle of the waters, the high mountains, and deep valleys – as the poet describes the coming of the warming West Wind and Spring. The tenors also battle musically, each applying the latest in ornamentation to their lines. At the end though, our poet is doomed to unhappiness and it’s the contrast between earlier happiness at how nature awakens to Spring and the unhappiness of the poet as he is alone, abandoned in the woods, that I love.


I always feel that the introduction of the Schumann Piano Concerto is like the best kind of wake-up calls: it startles you with a huge swoosh of sound, then when the lyrical melody comes in, it is as if you are being served breakfast in bed! There is so much forward momentum in this movement, especially in the harmonically rich cadenza, that I often listen to this work when I need a second wind. The finale is also full of vitality and playfulness.

Messiaen’s Turangalîla-Symphonie is definitely up there with the music that just rushes through my blood and fills me with life. The middle movement, Joie du sang des étoiles (Joy of the Blood of Stars), courses through my ears and electrifies me. There’s something about the almost comically large orchestra and the power it generates which is just irresistible – you simply can’t fight the current of Messiaen’s musical juggernaut.


Nothing feels quite like a shot in the arm as Richard Wagner’s tetralogy Ring des Nibelungen. While the whole 16-hour experience might prove draining, the end of the first act of the Walküre provides an instant high. The characteristic Wagner horns blast out rhythmically as the young and naïve Siegmund discovers his name. Ominous orchestral swells crescendo, encouraging the hero to claim his sword. Wagner’s swaggering orchestration whips up the passion between Siegmund and Sieglinde. The act closes tumultuously as the two lovers throw themselves into one another’s arms. You happily forgive and forget that the two siblings are about to knowingly commit incest.

Dance music is designed to make you, well, dance. So, it’s one of the most famous pieces of “classical” dance music that gives me energy. It is by my most cherished and inspiring composer, Sergei Prokofiev. Dance of the Knights, from his ballet Romeo and Juliet, which may be the most instantly recognisable piece of ballet music in the history of ballet, is a work that never fails to move anyone who hears it. It is threatening and deeply profound, and very Russian. You just have to move when it is played.

Prokofiev: Romeo and Juliet – Dance of the Knights

Music is more than just intellectual stimulation – it can move and energize us, and even make you feel like dancing. What’s the piece that moves you?