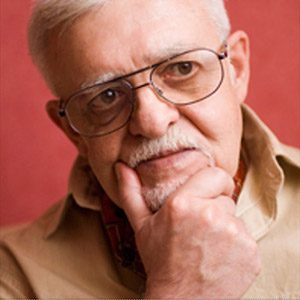 The passing of Nikolai Kapustin is undoubtedly a great loss to the classical music world. He had remained largely obscure until the recent decades, thanks to Steven Osborne and Marc-André Hamelin’s recordings on Hyperion in the early 2000s. Since then, his works have continued to charm listeners and pianists, especially the younger generation. Known for his energetic and virtuosic music, Kapustin amalgamated the harmonic language of jazz music with forms from classical music, creating some surprisingly pleasant synergy.

To understand how Kapustin incorporated jazz vocabulary into traditional forms, one definitely can’t miss his chef-d’œuvre, Eight Concert Études, Op.40. As you may know, an étude is primarily meant for perfecting a particular aspect of instrumental techniques, but great composers can always bring something more to their études. Featuring different technical difficulties, these Études not only serve as excellent exercises (having been learning some of them myself), but also befitting pieces as encores. Immediately infectious with its forward momentum, Étude Op.40 No.3, “Toccatina” apparently focuses on repeated notes, but it is much more than a mundane exercise. My personal favourite would be the first étude, “Prelude”, which opens with a sanguine introduction with great leaps and becomes more impetuous with a strong rhythmic drive.

Another example would be his Suite in the Old Style, Op.28, in which Kapustin employed the format of Baroque suites and jazz idiom. Kapustin did not only utilise the form (e.g. Allemande, Gavotte), but also captured their dance spirits. With some imagination, this Suite actually shows some resemblance to a French Suite by Bach.

His Piano Sonata No.2 is another not-to-be-missed masterpiece. Adopting the typical four-movement form of classical sonatas, it appeals to both performers and the audience from the outset. Enriched with a jazzy flavour, this sonata displays technical brilliance, a wry sense of humour, but at the same time some moments of introspective reflection.

Kapustin’s Trio for Flute, Cello and Piano, Op.86 has been one of my favourite pieces in classical music. He injected a dose of playfulness and exuberance into the traditional trio form with his uniquely engaging musical language, making this piece a perfect antidote to Monday fatigue. 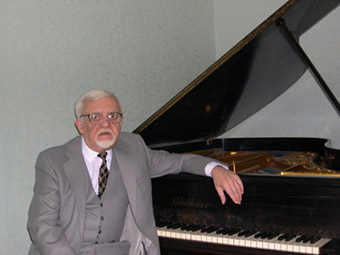 Kapustin’s music, however, is often trickier to play than it sounds and exerts a considerable demand on performers with its fast tempi, often-dense texture, frequent syncopations and sometimes not-so-comfortable figurations. Yet, the biggest challenge for classically trained pianists, I believe, would be to grasp the jazz idiom which is not inherently found in their DNA. In my humble opinion, even some world-renowned pianists (who I shall not name here) fail to pick up the jazz element in Kapustin’s compositions. Having said that, it is in fact very rewarding to learn his music and to conquer both the technical and interpretive challenges.

What Kapustin achieved is even more than bridging the two seemingly incompatible worlds of jazz and classical music, as his music symbolises the embrace of liberty and innovation in a world of inhibition. Having possessed unlimited creative power during his lifetime, Kapustin and his music will certainly continue to inspire and influence the generations to come.