Composers Inspiration
“If music be the food of love, play on.”
Shakespeare and Music I: Romeo and Juliet
by Janet Horvath November 15th, 2015 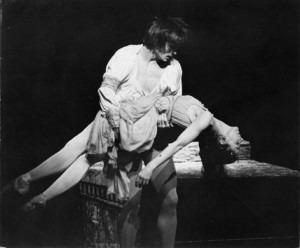 William Shakespeare’s mastery of metaphor, lyricism, cadence and phrasing resonates with musicians. His poetic output has so much musicality it’s no wonder that the works of Shakespeare have inspired composers. His influence on music for the last five hundred years has resulted in the composition of over 20,000 pieces of music to date. Our ten-part series will explore a selection of Shakespeare’s plays, which have spurred composers’ imaginations to create some of the great musical masterpieces of classical music literature.

The tragic story of the star-struck lovers Romeo and Juliet, arguably the world’s most well known love story, are among the popular Shakespeare-inspired classical music pieces.

“O Romeo, Romeo, wherefore art thou Romeo?
Deny thy father and refuse thy name;
Or if thou wilt not, be but sworn my love
And I’ll no longer be a Capulet”

The ballet Romeo and Juliet by Sergei Prokofiev is one of my favorites. Since 1935 when Prokofiev created the work, several famous ballet stars have choreographed thrilling versions of the drama including Frederick Ashton, a 1965 version for the Royal Ballet by Kenneth MacMillan’s featuring Margot Fonteyn and Rudolph Nureyev premiered at Covent Garden, and Nureyev’s version in 1977 for the English National Ballet. 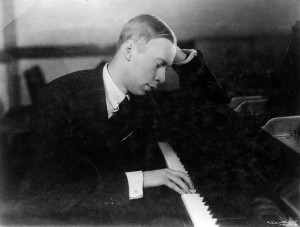 In the mid-1930’s Russian Ballet companies leaned toward dramatized stories as their subject matter rather than simple presentations of virtuosic choreography. The colorful story is enhanced by Prokofiev’s inventive score, which in addition to traditional instruments, includes a tenor saxophone, two mandolins, a viola d’amore, contrabassoon, cornets, a variety of percussion instruments, and piano, celeste and organ. The ballet in 52 scenes and four acts, reenacts the entire drama— scenes such as Juliet as a young girl, Tybalt recognizing Romeo, the balcony scene, Dance of the Knights, with its menacing and ponderous lower brass, Death of Tybalt and Juliet’s funeral. The opening succeeds in setting the tone for the tragedy with its huge chords coming from nothing—music full of pathos and written so brilliantly that we have no doubts about the emotion depicted in the story.

Prokofiev subsequently penned his Three Orchestral Suites opus 64 and opus 101, and Ten Pieces for Piano op. 75 from the ballet score, which are performed often.

Tchaikovsky’s depiction of youthful and forbidden love is also cherished. His Romeo and Juliet Fantasy-Overture has one of the most transformative and beautiful love themes in music—played first by the strings and English horn, later the flutes and then the lush strings. The dramatic fight scene of the warring Capulets and Montagues includes a sword fight complete with crashing cymbals, irregular rhythms and agitated, quick sixteenth notes in the strings, and the ending’s striking, discernable heartbeat in the timpani is poignant.

Tchaikovsky: Romeo and Juliet Fantasy Overture (3rd Version 1880)
Tchaikovsky was only 29 years old when he wrote the overture. Always plagued with doubt, he revised the work not once but twice. The 1880 version is the one that is typically played and it is a favorite among musicians and audiences. 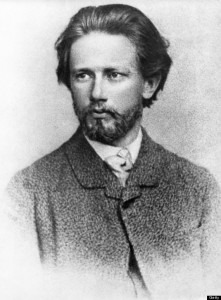 Berlioz: Romeo et Juliette Op.17 (excerpts)
Roméo et Juliette by Hector Berlioz, one of his finest works, is a large-scale symphonie dramatique choral symphony—a hybrid between the standard symphony form and a cantata or concert opera. Berlioz, like Prokofiev, wrote a complete setting of Shakespeare’s drama but with alterations from the original play.

It is said that after famed violin virtuoso Niccolò Paganini heard a performance of Harold en Italie, another large-scale work of Berlioz, he got to his knees hailing Berlioz as the worthy successor of Beethoven. Paganini was moved to help Berlioz write this work and gave him a gift of 20,000 francs. Paganini died before he was able to hear the completed piece.

“The work is enormously difficult to perform.” Berlioz writes in his memoirs. “It poses problems of every kind, problems inherent in the form and in the style and only to be solved by long and patient rehearsal, impeccably directed.” And it’s true. It is a very difficult score to perform but wonderfully satisfying.

The work made a huge impression on Richard Wagner who was at the premiere in 1839, to the point that twenty years later Wagner presented the full score of his love story Tristan and Isolde to Berlioz with the inscription, “To the dear and great author of Romeo and Juliet, from the grateful author of Tristan and Isolde.” 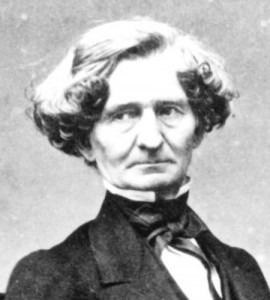 Berlioz’ orchestration is masterful. The score calls for large forces and the writing for all of the instruments is colorful and challenging—especially the dramatic cello recitative-like outbursts in the Scène d’amour. Juliette’s funeral procession is unforgettable, Romeo’s supplication in the tomb of the Capulets uses an awesome unison in the English horn, French horns, and bassoons, and the death scene is fierce, unconventional writing. It is the orchestra, which conveys the deepest emotions.

Berlioz was deeply disturbed by criticism after its premiere, “The critics of the piece that three quarters of the musicians in Europe who know it put above everything else I have written – maintained that I had not understood Shakespeare! Toad swollen with stupidity! …I have never felt so wounded by such unexpected criticisms.” He too set out to revise the work. Even today the symphonie is not played as often as it deserves.

Balcony Scene from Romeo and Juliet
With Jeremy Goeckner and Kelsey Foster.