Composers Inspiration
“If music be the food of love, play on.”
Shakespeare and Music II: Midsummer Night’s Dream
by Janet Horvath December 6th, 2015 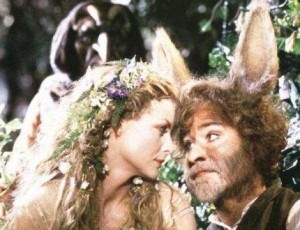 The comedy A Midsummer Night’s Dream, one of Shakespeare’s most popular works, which has spurred composers’ imaginations, is next in our ten-part series of Shakespeare’s plays. Shakespeare was a young man when he wrote this fanciful tale—two couples that become entangled in the fairy world in an improbable and hilarious series of events that transpire in the enchanted woods. Falling in and out of love, bizarre dreams and the supernatural are fodder for musical depiction.

“The course of true love never did run smooth…Lord, what fools these mortals be!”

A Midsummer Night’s Dream Overture, Op. 21, MWV P3
The most famous rendering of Shakespeare’s play is Felix Mendelssohn’s A Midsummer Night’s Dream. Mendelssohn, a great prodigy like Mozart, completed A Midsummer Night’s Dream overture Op. 21 initially as a stand-alone piece at the tender age of seventeen for two pianos, which he performed with his sister Fanny. The Overture, written at the beginning of his career, became the first movement of the longer work, the incidental music Op. 61, which includes the immediately recognizable and beloved Wedding March. It was written in 1842 just a few years before Mendelssohn’s death. Commissioned by King Frederick William IV of Prussia for a production of the play, the incidental music consists of 14 parts featuring purely vocal sections, a female chorus, and instrumental movements. Like the overture, Mendelssohn wrote the incidental music for piano four hands before orchestrating the work, and that version is also enchanting. 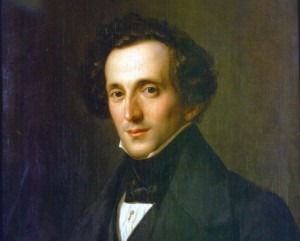 A Midsummer Night’s Dream, Op. 61 (Sung in English) (excerpts)
Four connecting subplots develop around the wedding of Duke Theseus of Athens and Hippolyta the Amazon Queen. The incidental music begins with four chords in the winds. Then dancing fairies fleet of foot, enter. We hear the braying hee-haw of the character Bottom who has been turned into a donkey. (My Oberon! What visions have I seen? Methought I was enamored of an ass.) Colorful hunting calls follow and a love theme. Mendelssohn captures the essence of the poetry, the madness of love and magic of the play. 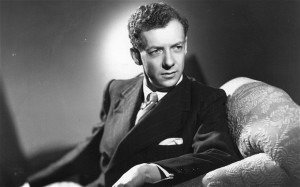 Many orchestral programs feature the instrumental movements in concert—Overture, Scherzo, Intermezzo, Nocturne and Wedding March—and they are a great pleasure to perform. In fact, the tricky Scherzo movement, which has to be lithe, quick, nimble and virtuosic, is frequently required repertory for auditions. Co-ordination between fast moving left hand fingers and quick light bow strokes has been the stumbling block for many an aspiring young musician. Flutes and clarinets imitate the fancy footwork in technically demanding fast notes. This movement introduces the magical elements of fairies and Puck, a mischievous character who is in possession of a tasty love potion he liberally gives to the other characters. Chaos and drama ensues—two young couples fall in love with the wrong people. Oberon, King of the fairies is incensed. Finally, Puck is able to get the characters to sleep. French Horns lull us in the divine Nocturne.

There is more to delight us in the rest of the piece—additional music for the fairies, a funeral, and music that accompanies dialogue but the complete work is rarely produced.

Mendelssohn’s music is so evocative that it has inspired many artists in other disciplines to create arrangements of the composition. Piano virtuosos Martha Argerich and Cristina Marton have performed the two piano version and both Rachmaninoff and Liszt have written their own arrangements for solo piano. George Balanchine and Frederick Ashton have choreographed imaginative ballets to Mendelssohn’s music A Midsummer Night’s Dream.

Benjamin Britten’s opera of the same title Op. 64, is not nearly as well known. In 1959 the Jubilee Hall in Aldeburgh was reopening after renovations and Britten decided to write a full three act opera for the occasion. He and his partner, tenor Peter Pears wrote the libretto based on Shakespeare’s play. Unusually enough, the main role of Oberon is performed by a countertenor—a rare male voice whose high range is closer to that of a female soprano or contralto. This gives the otherworldly aspect prominence. The premiere took place in June 1960 at the Aldeburgh Festival with the composer on the podium. 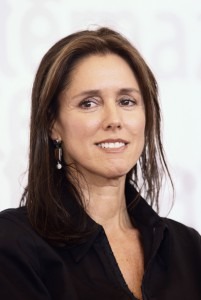 Britten: A Midsummer Night’s Dream, Op. 64
Britten portrays three different worlds musically by varying textures and sound palettes. The domain of the ethereal fairies is played by harps, keyboard and percussion, the realm of the romantic lovers, by the strings and winds, and the rural yokels by folk music. He expands his orchestration to include an eclectic variety of percussion instruments—the tamburo, tambourine, wood blocks, gong, vibraphone, xylophone, glockenspiel, as well as a stage band, two harps, recorders and the bell-like keyboard instrument, the celeste. There are daunting challenges for the singers.

Most of the opera takes place in the fairy world deep in the enchanted forest. An ethereal chorus of boy sopranos sets the scene at the beginning and love potions once again create havoc. The dreamlike fantasy world and the collision of seduction and romance are beautifully portrayed via Britten’s clever juxtaposition of childlike naiveté and adult folly.

The opera has been performed at the Royal Opera House, Covent Garden and at the Metropolitan Opera for Britten’s centennial in 2013.

First performed in the theater, it was premiered in film in 2014. “The director who redefined spectacle on Broadway… has now given New York a Midsummer Night’s Dream that doesn’t so much reach for the heavens as roll around in them, with joyous but calculated abandon… Her eye-popping take on the canon’s most enchanted comedy… confirms Ms. Taymor’s reputation as the cosmic P. T. Barnum of contemporary stagecraft…” – New York Times.

The film is being shown to sold out audiences in New York’s Symphony Space this November.

Whether it’s Shakespeare’s time or our own, love somehow finds a way… despite unexpected detours.