In Tune Arts
Musicians and Artists: Hahn and Proust and Others
by Maureen Buja August 12th, 2021 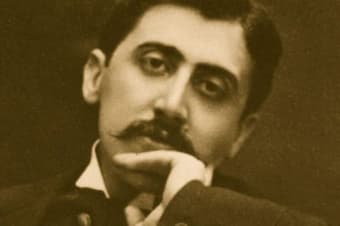 We think of Marcel Proust (1871-1922) mainly as the novelist, author of À la recherche du temps perdu (In Search of Lost Time / Remembrance of Things Past) but in his youth, he was a poet as well. In his first publication in 1896, Les Plaisirs et les Jours, a collection of his early poems and novellas, he included 4 poems on paintings he’d seen at the Louvre while a student at the Lycée Condorcet.

The four poems were on the Dutch painters Aelbert Cuyp (1620-1691) and Paulus Potter (1625-1654), the Flemish painter Anthony van Dyck (1599-1641), and Jean-Antoine Watteau (1684-1721). These painters of distinctly different styles and themes, Cuyp with his paintings of the Dutch countryside, Potter and his animal paintings, the court paintings of van Dyck, and the colour-soaked paintings of Watteau spurred the young Proust to capture in words the images he loved. 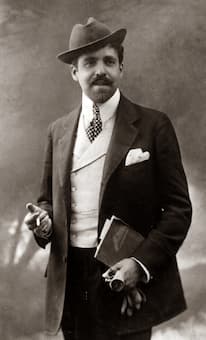 In 19th century France, the artists hung out together and so we have writer and artist friendships such as Baudelaire and Delacroix, Zola and Manet, and Mallarmé and Whistler. Proust met the Venezuelan-born composer Reynaldo Hahn in 1894 when Hahn was still 19. Yet, even at that young age, Hahn was already known as a composer. A song he’d written at age 16, “Si mes vers avaient des ailes,’ on a Victor Hugo text, was popular in performance (as it still is today).

Reynaldo Hahn (1874-1947) was born in Caracas, Venezuela, and the family moved to Paris when he was 3; it became his home for life. He entered the preparatory classes for the Paris Conservatoire in 1885, when he was 11, and was in the same piano class as Maurice Ravel and Alfred Cortot. He studied composition with Charles Gounod and Jules Massenet.

He met Marcel Proust at Madeleine Lemaire’s salon on 22 May 1894 and their meeting prompted first a 2-year love affair between the two men which evolved into a life-long friendship. The publication of the four poems on painters prompted Hahn to write accompanying music. He wasn’t setting the music but writing music to accompany the reading of the poetry. Or, the music could be played after a recitation of the poem, as musical interpretation of the moods and images of the poems. 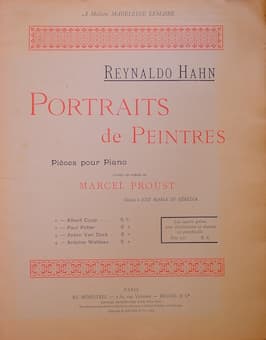 These musical portraits based on literary portraits of a painter’s work and style are unique. They’re almost like incidental music but for both a text and an image. Since Proust does mention specifics of some of the paintings we can match them up with representative works for each subject.

We open with a work by Aelbert Cuyp, known for his landscapes. In his poem, Proust specifically calls out the sinking sun in the background, the flight of pigeons, and a rider with a pink feather in his cap. 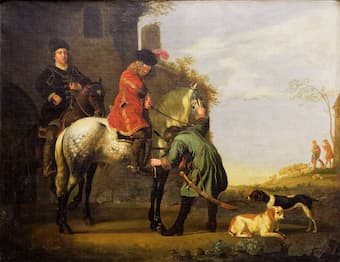 And we can find all these elements in Cuyp’s Le départ pour la promenade à cheval, particularly the pink feather.


Proust turns his attention to Cuyp’s compatriot, Paulus Potter. Known for his animal paintings, Potter places people in the backgrounds, if they appear at all. Proust calls out the lack of colour, the bare ground, a plowman with a bucket, and the resigned mare who stands and waits, dreaming. 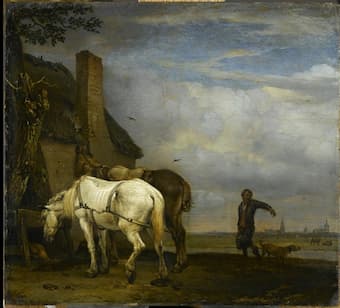 In his quiet setting, Hahn summons up the cold, grey day.


Anthony van Dyck was the fashionable court painter for the Netherlands and Italy before going to England at the request of Charles I to be the main court painter. The relaxed elegance of his works is reflected in Proust’s poem, which describes his beautiful language of posture and poses. Proust mentions the Duke of Richmond by name. Van Dyck painted James Stuart (1612-1655) holding the Apple of Discord (from The Judgement of Paris). Proust refers to van Dyck as the ‘prince of calm gestures,’ and, above all, the Duke’s quiet gaze, reflecting the sapphire at his neck. 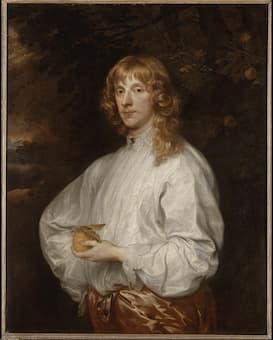 
The last poem is about the French painter Jean-Antoine Watteau, who also inspired Debussy and Fauré. It’s a scene from the ending of the day, twilight approaches and the weary people make their way to a boat. Love is in the air, but so is melancholy. 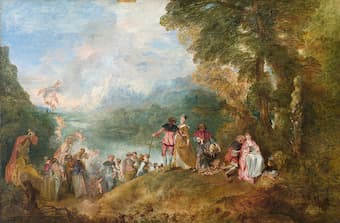 One of Watteau’s fête galante paintings, Pèlerinage à l’île de Cythère from 1717, shows couples departing from the isle of Kythera, home to a temple dedicated to Aphrodite, goddess of love. Lovers look back in regret and the day’s ending is an end to the pleasure.

Hahn summons up the sea in his opening and its restless sound could also be that of longing for which is now finished.


These highly unusual piano works are a little insubstantial on their own, without hearing them and understanding that this is really a background to another work. It’s not incidental music, such as for a play, but it’s audible images, it’s the sound of poetry made into the sound of music.