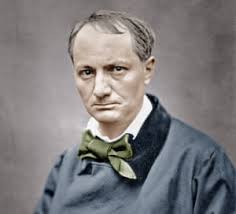 Charles Baudelaire (1821-1867), according to TS Eliot was the first modern poet, “the greatest exemplar in modern poetry in any language.” He produced unprecedented expressions of a complex sensibility and of modern themes within structures of classical rigor and technical artistry. He wrote his best poetry against a backdrop of financial constraint, alienation, and legal strive. And let’s not forget exceedingly complicated personal and family relationships. He set himself apart from other writers by cultivating the image of an eccentric. By living an unconventional life, by writing poetry in verse that used romantic topoi to upset them, and by launching a new form. 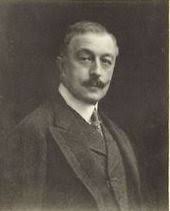 While he did seek recognition, “Baudelaire and his poetry are defined by their distinct individuality.” And while he was classified as a satanic poet of ennui, sordid details, and forbidden sensuality, his poetry treats a variety of themes with and from a range of perspectives. His lyric poem “Harmonie du soir” from his collection Les Fleurs du Mal is one of the most frequently set texts, and that includes a tender setting by Pierre de Bréville (1861-1949).


Now is the time when trembling on its stem
Each flower fades away like incense;
Sounds and scents turn in the evening air;
A melancholy waltz, a soft and giddy dizziness!

Each flower fades away like incense;
The violin thrills like a tortured heart;
A melancholy waltz, a soft and giddy dizziness!
The sky is sad and beautiful like some great resting-place.

The violin thrills like a tortured heart,
A tender heart, hating the wide black void.
The sky is sad and beautiful like some great resting-place;
The sun drowns itself in its own clotting blood.

A tender heart, boring the wide black void,
Gathers all trace from the pellucid past.
The sun drowns itself in clotting blood.
Like the Host shines O your memory in me! 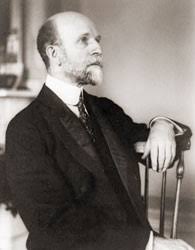 “Harmonie du soir” (Evening Harmony) is an eccentric and unusual text that immediately poses problems for the performer. Since there is no specific character in the poetry, the performers have to imagine themselves in a place or space rather than playing the role of a person within it. The religious imagery recalls a liturgical ceremony and the text turns in on itself, repeating lines of text from one stanza to the next. As he looks at the sunset, the poet is overwhelmed, not by feelings of joy and delight, but by a kind of panic, and the fear of darkness and annihilation. Yet as the poet clings to the last traces of the light, he finds consolation in the memory of human love, which shines like a monstrance within him. 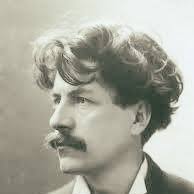 It is easy to recognize the imagery of this poem as a mixture of scenic, sensory observations and religious similes. However, the power and the meaning of the poem are enhanced by “and even emanate from its structure, which is strictly formalized both musically and poetically.” Baudelaire once famously wrote “music often pulls me like a tide.” The poem is composed of only ten lines, six of which are repeated. The lines are arranged almost canonically, with the second and fourth lines of each stanza becoming the first and third lines of the next. “When a line is repeated, the new line which follows it modifies or extends its range of meaning, thus, as it were, filling out its harmony.” Within the poem we “hear” melancholy waltzes, smell heavily perfumed flowers, and see glittering artifacts, as the poet calls out in an attempt to reclaim long-faded days of glory. These wondrous musical images strongly resonated with Maurice Rollinat (1846-1903), a poet, composer and musician as he conjures up soundscapes that range from the mundane to the ethereal, and from the cabaret to the cathedral. 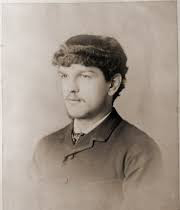 Composed between 1887 and 1889, Debussy’s Cinq poèmes de Charles Baudelaire hurl us into the sensual worlds of Baudelaire’s words and Richard Wagner’s harmonies. It has been suggested that the high degree of repetition, more typical of music than of poetry, attracted Debussy to this particular poem. Some scholars detect “allusion to a waltz, as the undulating effects instantiated by the movement of the verses and rhythmic patters trace across the fixed space constituted by the four stanzas of the poem. The poetic form “suggests a pair of dancers moving in unison with other pairs of dancers, crossing paths in rhythmic formation, as if on the space of a ballroom floor.” As such, it is hardly surprising that Debussy closely mirrors Baudelaire’s poetic structure. Debussy’s setting begins with a brief prelude and progresses to create an evolving structure each time introducing material previously used along with new musical textures and colors. The same strategy is beautifully at work in his fourth Prélude for piano, titled after a quote from “Harmonie du soir.”