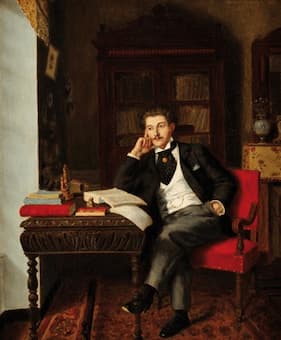 Marcel Proust’s oeuvre is rife with musical references. He openly refers to composers, librettists, performers and musical compositions. One anecdote reports that Proust woke up Gaston Poulet, the leader of the Poulet Quartet, in the middle of the night. The poet requested that the violinist assemble his Quartet to play the Franck String Quartet in D major in the early hours one morning. It is said that Proust transported the four musicians by cab to his boulevard Haussmann flat, “where for handsome remuneration, the chamber group played the piece twice.” 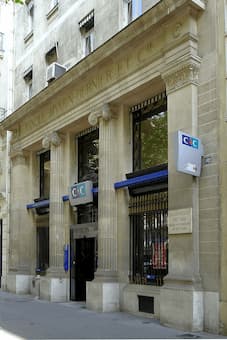 102 boulevard Haussmann – Marcel Proust lived here after his parents died between 1906 and 1919.

Music played an important part in expanding and enriching the “range of his own literary language through figure and allusion.” But what is more, he was acutely interested in the power of music to trigger involuntary memories. Proust granted music a pivotal role in a work of literature. “His vision of the potential unity and transformative power of the arts… shaped the European modernist tradition that followed him.” A leading literary critic writes, “Music as performance, as topic of debate, as catalyst of memory, emotion, and desire, plays an obbligato accompaniment to the interpersonal drama of the Proustian social world: its hilarity, its pathos, its vacuity, its sensuality, its cruelty.” In his four poem “Portraits de peintres,” Proust paid homage to four painters whose works he had admired in the Louvre. These poems on painters were followed up by four “Portraits de musiciens,” Chopin, Gluck, Schumann and Mozart. 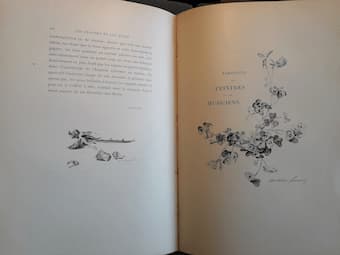 In his early years, Proust penned texts on narrative theory, articles on fashion, music hall singers, and salons. Some of his early poetry in regular verse offers portraits of artists and musicians. In each poem the poet directly addresses himself to an individual artist. “Proust borrows this rhetorical stance from Baudelaire’s poem ‘Les Phares,’ in which the poet addresses himself to artists, painters, and musicians.” In his first musician portrait, the poet is approaching Chopin. The poem agitates a sea of emotion, and “the composer becomes a sea of sighs. His name becomes a metaphor for a world of antithetical emotions that characterize Chopin’s musical compositions.”

Proust, as we have seen, would actually pay musicians to play cherished pieces in his sleeping quarters as he lay in bed. He had a keen interest in Chopin, and Proust used the composer as a vehicle for a range of aesthetic-moral considerations. Proust was closely aligned with the salons of the belle époque, and since he was not a musician, his vision is one of a gifted and scrupulous listener. The Chopin portrait creates opposing metaphors, as the composer is both smile and tears. For Proust, “Chopin lies sick in a room inundated with sunshine. 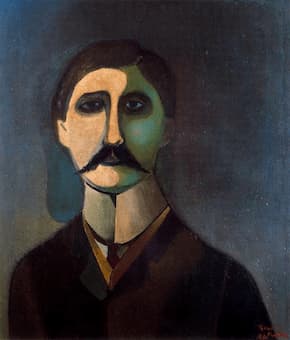 Christoph Willibald Gluck revolutionized opera in the 18th century, and Proust refers to several of Gluck’s operas in his poem. He hears Gluck sculpting a world capable of overcoming death. As such, “Gluck himself stands metaphorically as the temple of courage, on the ruins of the small temple of love.” For Proust, opera was allied with classical literature, and an artistic monument enduring against time. It has been suggested that this affirmation is “perhaps a young writer’s optimistic version of the eternal nature of art that one finds ironically portrayed In Search of Lost Time. Proust’s enigmatic portrait of Robert Schumann makes ample reference to a number of lieder and compositions in order to portray the contradiction between “successful compositions and the composer’s mental anguish.” 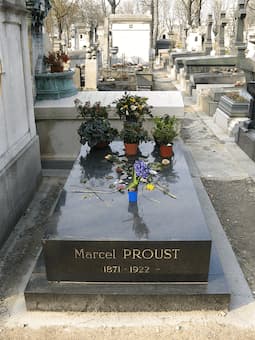 The poetic portrait of Mozart is set in a landscape in which an Italian woman strolls on the arm of a Bavarian prince. The prince succumbs to love as the poem evokes characters from the Mozart opera The Marriage of Figaro and Don Giovanni. Since nostalgia of paradise is an important motif throughout Proust’s work, these opera are set in the gardens of Andalusia and Tuscany. Towards the end of the poem, the Italian woman turns out to be the Queen of the Night, “who now uses her flute to create an earthly paradise uniting the freshness of sorbets, kisses, and heaven.” Proust conjures a world in which Mozart’s operas unite the supposed opposite worlds of German and Italian culture, unfolding in a garden of paradise. Tellingly, access to this paradise of reconciliation is to be found in the works of art.