In Tune Arts
Composers and Their Poets: Hahn
by Maureen Buja March 17th, 2017 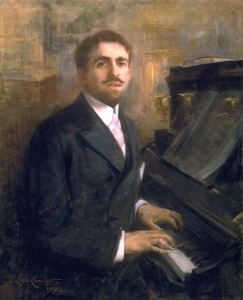 The composer Reynaldo Hahn (1874-1947) was active in many different aspects of French musical life: he was a singer and a director, a conductor and a critic, and last, but not least, a composer and an artist. He entered the Paris Conservatoire at age 10, having composed his first songs at age 8. 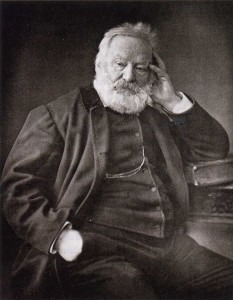 Hugo had many friends in the music world, including Franz Liszt and Hector Berlioz. Hugo himself boasted that his piano lessons with Liszt made him fully capable of playing on the piano – he could pick out his favourite song with just one finger! Many operas are based on Hugo’s works, including Lucrezia Borgia by Donizetti (1833), Verdi’s Rigoletto (1851) and Ernani (1844), and Ponchielli’s La Gioconda (1876).

The song, Si mes vers avaient des ailes, was published in the Paris papers and was an instant success and drew Hahn into the brilliant social and literary circles of the late 19th century.

Hahn: Si mes vers avaient des ailes (Susan Graham, mezzo-soprano; Roger Vignoles, piano)
Hahn wrote a set of five songs to the lyrics from an unusual lyricist: Robert Lewis Stevenson (1850-1894). During his lifetime, Stevenson was a literary celebrity and his first book of poetry from 1885 still remains in print today. A Child’s Garden of Verses contains over 60 poems for children but they are poems that aren’t full of light and happiness but which reach into the darkness and solitude of childhood. Stevenson spent a large part of his childhood in illness and remained in frail health throughout his life. 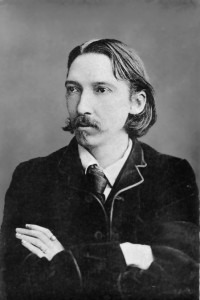 The songs set by Hahn in this five-song cycle from 1915 all come from A Child’s Garden of Verses and are able to catch a child-like simplicity in their setting.

Hahn: 5 Petites Chansons: No. 3. My Ship and I (Marie-Nicole Lemieux, contralto; Daniel Blumenthal, piano)
Although Hahn fell out of favour, with his repertoire largely regarded merely as Paris salon music, a late reassessment, particularly of the songs settings he did of the poetry of Verlaine and Leconte de Lisle, has brought him back into focus. When you compare the relative simplicity of Si mes vers avaient des ailes and the child-like clarity of My Ship and I, a song such as L’incrédule (Verlaine), 1893, or Etudes latines (Leconte de Lisle), 1900, show the complex song world of Hahn more clearly. L’incrédule starts with a lover discrediting the silly things his mistress does: “You believe in reading coffee grounds…all I believe is in your eyes… You believe in fairytales…all I believe is in your lies.” Whereas she believes in the false and the ephemeral, he believes in her, closing with “And my faith is so deep / in what I do believe in, / that all I live for is you.”