Opinion
Classical Musicians & Jazz: The Good, the Bad and the Ugly!
by Georg Predota April 13th, 2019 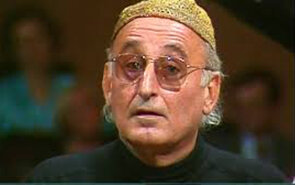 “Love and Marriage,” according to Frank Sinatra go “together like a horse and carriage.” I’ve been wondering if that’s also true about the relationship between classical musicians & Jazz? In musical terms, “genre” has decidedly become a dirty word. It represents a type of category used to identify pieces of music as belonging to a shared tradition or a set of conventions. As such, a good many Classical music artists are exclusively identified with a particular type or style of music. I am sure you have heard of the kind of rudimentary distinctions drawn between “folk,” “art,” and “popular” music. On one hand, it is used to identify the qualities of artworks in an analytical sense. More recently, it is viewed as the qualities of the aesthetic experience, as an orientating factor in communication. This categorizes music into the three variables of “arousal,” “valence”—representing a scale from sad to happy emotions—and “depth.” That’s all well and good, but the question remains just how well classical musicians, particularly famous classical musicians, communicate when they crossover into the world of jazz. As with most things in art and life, some classical musicians can and some can’t. So here is a highly personal view on the good, the bad and the ugly!

We remember the famous classical pianist Friedrich Gulda as the teacher of Martha Argerich and Claudio Abbado, and for his strong dislike of authority and convention. He often made last-minute program changes onstage, and freely cultivated an interest in jazz. For Gulda, classical pianists who didn’t also compose were not to be considered real musicians or artists. In his compositions, stylistic references to jazz gave way to improvisations and arrangements of the popular-music repertory. Teaming up with the likes of jazz great Chick Corea, Gulda uncompromisingly expressed his anti-bourgeois artistic convictions by jarringly juxtaposing elements and styles borrowed from jazz, folksong, electronic music and the classical music repertory. Gulda is commonly regarded as the “cross-over” pioneer of his time, and in my humble opinion, his blending of genres is spectacular with regards to the quality of the composition and the way he is able to communicate his vision. 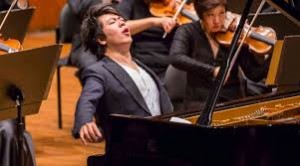 The “International Jazz Day” was established by UNESCO to “highlight jazz and its diplomatic role in uniting people from all corners of the globe”. First organized in 2011 and celebrated annually, the project was the brainchild of Herbie Hancock, one of the most revered and controversial figures in jazz. Hancock has been on the forefront of almost every development in electronic and acoustic jazz and R&B over the last 50 years. He freely mixes blues, funk, gospel and modern classical influences to create works known “for their own urbane harmony and complexity, and for earthy rhythmic signatures.” In 2012 Hancock collaborated with arguably the most famous Chinese pianist of all time, Lang Lang. He has become a superstar on the Classical music stage, with the popularity and charisma of many leading rock musicians. The classical music artist Lang Lang has become a cultural icon, who is, in his own words, “shattering cultural barriers.” Truth be told, there is nothing shattering in this classical musician’s jazz crossover performance with Hancock at all. It’s all Hancock, and musically speaking, there is no reason for Lang Lang to be there in the first place. But then, his performance will probably not offend anyone, his hair will be admired by millions, and it will certainly play well in the publicity department. 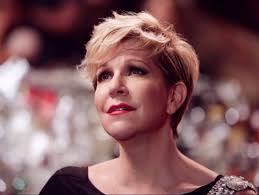 The famous classical artist Joyce DiDonato is probably at the top of her game right now. Her performances of Mozart, Handel, Rossini, Donizetti and Berlioz are rightfully lauded worldwide. She simply is an operatic giant! That’s why it is somewhat difficult to understand—not to mention incredibly painful—to listen to her crossover efforts. I understand that she actively wants us “to hear things anew.” However, sounding like a cartoon caricature of an opera singer is nothing new. We all remember Elmer Fudd and Bugs Bunny doing their Wagnerian impressions decades ago. What then is actually being communicated? Maybe it’s an ironic and Freudian dislike of the music, its style or of the lyrics? Maybe it’s a demonstration of superior classical vocal techniques subduing a semi-popular genre? I really don’t have the answer, but one thing for sure, Joyce ain’t got rhythm. Classical musicians & Jazz, it seems, are not always a natural and satisfying combination.