If you are ever looking for a refined and sophisticated synthesis of jazz and classical music born from improvisation one name immediately comes to mind—Jacques Loussier (1934-2019). A conservatoire-trained pianist, Loussier created a veritable sensation in 1959 by establishing a trio with string bass player Pierre Michelot and the drummer Christian Garros to record jazzed-up interpretations of the works of Johann Sebastian Bach. Audiences responded positively and the initial recordings were a considerable commercial success, however, critical reception was less enthusiastic. A New York Times critic wrote, “There is a certain sort of sensibility that is actively appalled by the very notion of popularizing Bach—or any classical composer, for that matter. This listener’s sensibility is one of those, and so he found the Tuesday evening performance at a sparsely attended Carnegie Hall by the Jacques Loussier Trio tiresome and offensive.” 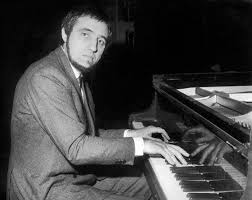 Loussier openly responded to his critics by suggesting that he was not “subverting Bach at all, but paying respect to an improvising tradition to which the composer also belonged.” Loussier had started piano lessons at the age of 10, and almost immediately was fascinated by the music of Bach. “I was studying a piece from the Notebook for Anna Magdalena,” Loussier remembers, and I just fell in love with it. Then I found I loved to play the music, but add my own notes, expanding the harmonies and playing around with that music.” He traveled to the Middle East, Latin America and Cuba absorbing musical ideas, and eventually convinced Decca Records to press a record under the heading “Play Bach.” The Trio produced four hugely successful Decca albums between 1960 and 1963 and launched a performance schedule that saw no fewer than 150 shows a year. 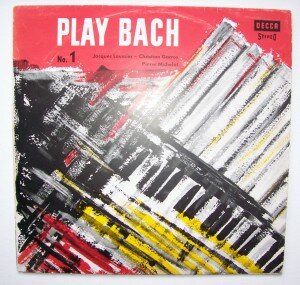 The “Play Bach Trio” toured internationally for nearly 15 years and continued to broaden its range of activities with Loussier double-tracking pieces on organ and piano. When the original trio disbanded in 1978, Loussier retired to Provence to compose, research and record. Loussier had already composed scores for more than 60 films, ballets and TV shows, and in his own recording studio he explored to integration of new technology with conventional instruments. He wrote suites for piano, synthesizers, percussion and bass, and also rock-jazz-classical fusion compositions including Pulsions, Pagan Moon and Fusions sous La Mer. Loussier formed a genre-fluid and technically sophisticated version of the Play Bach trio in 1985, which if anything amplified just how creatively musical his original vision had been. Combining jazz, rock and modern classical with a mix of Bach, Loussier also experimented with the works of Vivaldi, Satie, Mozart, Beethoven and Ravel. 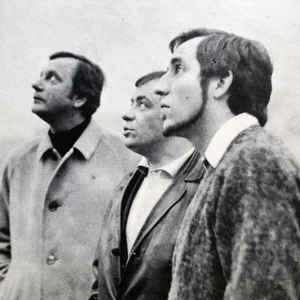 Jacques Loussier: Violin Concerto No. 1
This synthesis of musical genres continued in his full-scale works for symphony orchestra, including Lumières featuring countertenor James Bowman, soprano Deborah Rees and a rock rhythm section on its Paris premiere. And let’s not forget that his predilection for fusing jazz and classical elements found its most economical expression in his violin concertos. Always creative, eclectic and to some extend controversial, Loussier was a true jazz improviser. “He paid tribute to the composers he loved with unmistakable and expert devotion, performing long enough to see his inclusive vision of a music with far fewer borders come to pass.”