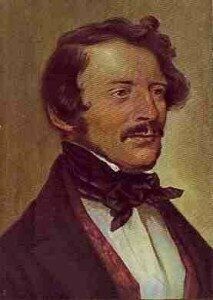 One of the most prolific Italian composers in the second quarter of the 19th Century, Gaetano Donizetti’s (1797-1848) reputation invariably stands or falls with his 70 works for the operatic stage. Robert Schumann spitefully called Donizetti “a composer of music for the puppet theater,” yet we have come to understand that Donizetti had a profound influence on the future of Italian opera. 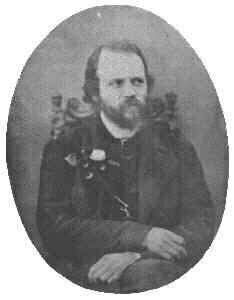 Donizetti grew up in abject poverty in the town of Bergamo, but quickly developed into a capable musician and composer. His first operas enjoyed limited success, but Anna Bolena of 1830 represents a watershed in Donizetti’s career. The libretto deals with the Tudor period in English history, and after its overwhelming success at the Teatro Carcano in Milan, Donizetti, together with Bellini and Rossini “emerged as one of the three most luminous names in the world of Italian opera.” Furthermore, Donizetti became the center of the musical universe for a number of high-profile composers and virtuosos. 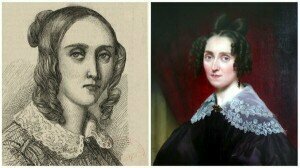 Paris in the 1830s was definitively the city of pianist. The salons and showrooms of the piano manufacturers Erard and Pleyel resounded with the virtuosity of Kalkbrenner, Pixis, Herz, and Liszt. With music journalism trumpeting the masculine achievements of these virtuosos, one is almost tempted to conclude that playing the piano was an all-male affair. But that was simply not the case. Louise Farrenc (1804-1875), born Jeanne-Louise Dumont, was a highly respected virtuoso pianist, teacher and composer. She took piano lessons from Moscheles and Hummel, and studied composition with Anton Reicha at the Paris Conservatory. In fact, her reputation and fame as a performer secured her appointment of Professor of Piano at the Conservatoire, a position she held for nearly thirty years. Several of her compositions received high praise from Robert Schumann, and Farrenc eagerly crafted a number of fashionable fantasies on operatic themes, including one based on Donizetti’s Anna Bolena.

Fantasies on operatic themes have always delighted audiences. This popularity is in no small part the result of familiarity with the melodic material, and its skillful extension and elaboration. And let’s not forget that these two elements are bundled together in a highly virtuoso presentation. 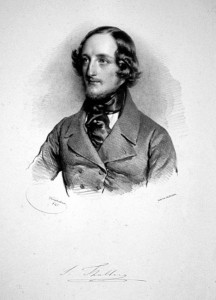 A substantial number of virtuoso performers enjoyed careers of the greatest distinction by fashioning such fantasies for their own concert performances. And Sigismond Thalberg (1812-1871), who extensively toured the Americas, was particularly successful. Even Schumann spoke highly of him, in part because Thalberg retained an element of classicism in his compositions, and he rather severely disliked the notion of showmanship. Always disciplined and with upright posture, Thalberg achieved the remarkable pianistic effect of giving the melody to the thumbs of his right and left hand. Surrounded by arpeggios above and below, his playing gave the impression of needing three hands. And for his fantastic elaborations, he turned to composers like Mozart Weber, Rossini, Spontini, Bellini, Verdi, and Donizetti. 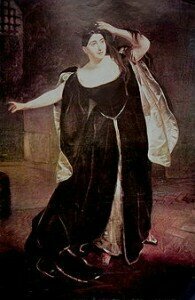 During his stay in Italy, Mikhail Glinka attended the premiere of Donizetti’s opera Anna Bolena in Milan on 26 December 1830. The legendary Giuditta Pasta sang in the title role, and the Teatro Carcano was abuzz with feverish excitement. Only a couple of months later, Donizetti’s La Sonnambula was premiered in the same theater, and Glinka joined the audience in “shedding copious tears.” 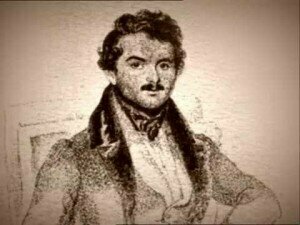 Deeply under the spell of Donizetti’s operas, Glinka was a frequent guest at the home of the Branca family. Judge Branca had two musically gifted daughters, playing piano and harp, respectively. To show his appreciation, Glinka put together a Serenade on operatic themes from Anna Bolena. Making sure that both daughters musically participated, he cast the work in 7 movements, and scored it for piano, harp, viola, cello, bassoon, and horn. Once printed by Ricordi, it became a huge commercial success, and the publishing house asked Glinka for another composition like it. Eventually, Glinka also added a set of solo piano “Variations brillantes on a Theme from Anna Bolena” to Ricordi’s catalogue.