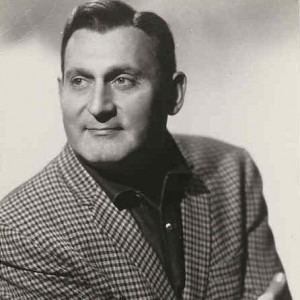 For several generations of patrons of the Metropolitan Opera in New York, one tenor represented the absolute gold standard: Richard Tucker. It helped that he had immigrant Jewish background (he was born 1913 as Rivn Ticker in Brooklyn), working class upbringing, had worked in the rag trade, and had served as a Cantor in local synagogues. This was a singer that legions of New Yorkers could connect with in the 1940s.

For over three decades, Tucker held sway as the principal tenor at the Met, moving from a lyrical tenor with agility and unusually precise diction, to a lyrical spinto of near dramatic qualities, with a ringing voice that comfortably filled the enormous auditorium of the Met (old and new).

He was first recruited by General Manager Edward Johnson who heard Tucker perform at a Jewish Center some time after a failed audition on “Metropolitan Opera Auditions of the Air”, the Met’s response to criticism it was casting too few American singers. The impresario engaged the young tenor for the demanding role of Enzo Grimaldo in Amilcare Ponchielli’s La Gioconda, and Tucker’s debut in 1945 proved a sensation.

Though principally recognized in the United States, Tucker played many important European stages including La Scala, Covent Garden and in 1947 the arena of Verona, where he starred with the very young Maria Callas in La Gioconda. In 1949 the great Italian conductor Arturo Toscanini chose Tucker, reportedly over Jussi Bjoerling, to sing Radames in his recorded Aida for NBC. The recording made history as the first complete opera performance to be broadcast on national television.

First televised opera ever, under Toscanini 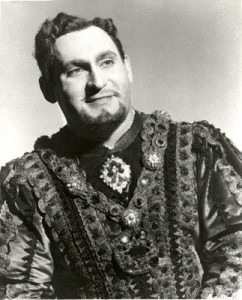 In an era of dazzling singers such as Franco Corelli, Mario del Monaco, Giuseppe di Stefano and even his (by now estranged) brother-in-law Jan Peerce, Tucker became the go-to tenor for Verdi and Puccini operas on the New York stage. He sang with company favorites Zinka Milanov, Licia Albanese, Renata Tebaldi, Anna Moffo and especially with Robert Merrill, a personal friend who shared a very similar cultural background. Tucker was Edgardo to a young Joan Sutherland in her 1961 Met debut as Lucia di Lammermoor.

He also made several significant – though not very numerous – recordings, not just of opera but also of popular and liturgical songs. His recording of Kol Nidre, the declaration that opens the evening service of Yom Kippur, the Jewish day of Atonement, provides a fine example of how the tenor bridged the liturgical and operatic singing traditions.

And an early TV star

An artist to the very last, Tucker died while on tour with Robert Merrill in 1975. He was honoured with a memorial mass at St. Patrick’s Cathedral, possibly the first time such a Catholic mass was bestowed on a Jew at this cathedral. He was also one of the very few artists to be granted a memorial service on the stage of the Met.

His legacy lives on in the Richard Tucker Music Foundation which was established by family and friends shortly after his death, and continues with the yearly televised singing competition which awards grants and scholarships to young American singers. Award winners have included Renee Fleming, Deborah Voigt and Joyce di Donato. Tucker’s large bronze bust on Lincoln Square opposite Lincoln Center is also hard to miss.

Short, stout, set like a bull, Tucker acknowledged himself that he was “not the glamorous type” and was often criticized for overacting. But his ringing voice, assured vocal technique, total dedication to his craft as well as his folksy New York personal style secured his position as the greatest American tenor of his time.