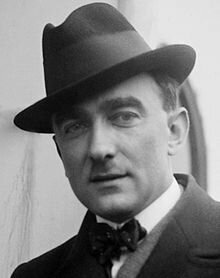 The legendary violinist Paweł Kochański maintained a lifelong personal friendship and working relationship with the composer Karol Szymanowski. Both were active in a movement known as “Young Poland,” which sought to promote modernist attitudes in Warsaw. Originating during a period of occupation by the Imperial Russian army, the aesthetic aim was to promote neo-romanticism, symbolism, impressionism, and art nouveau.

Together with Arthur Rubinstein, Kochański premiered Szymanowski’s Violin Sonata in D minor in 1909, and he soon collaborated with the composer on his first violin concerto in 1916. As in the tradition of the collaboration between Brahms and Joachim, Kochański furnished a highly effective cadenza. Political turmoil eventually brought Kochański to New York, where he headed the violin faculty at Juilliard. The two friends finally reunited in Poland, but the occasion was hardly cheerful, as both were dying. Kochański had been diagnosed with cancer, and Szymanowski suffered from the effects of advanced tuberculosis. 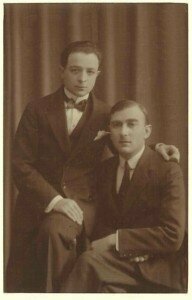 Karol Szymanowski: Violin Concerto No. 2
Apparently, it was Kochański who urged Szymanowski to compose a second violin concerto, and Karol drafted the score in August 1932. Working together for the better part of four weeks, the two musicians collaborated on the formal layout and Kochański, once again, provided the cadenza. Weakened from his battle with tuberculosis, Szymanowski only was able to work intermittently on the orchestration, which he eventually finished on 6 September 1933. It would turn out to be his final large-scale work. The work premiered on 6 October 1933 in Warsaw with Kochański as the soloist. It would turn out to be his final appearance, as he passed away on 12 January 1934. Szymanowski was deeply moved by his friend’s death, and he added the following dedication to the published score, “To the memory of the Great Musician, my dear and unforgettable Friend, Paweł Kochański.” A funeral service was held for Kochański in New York, and pallbearers included Toscanini, Frank and Walter Damrosch, Heifetz, Horowitz, Kreisler, Koussevitzky, Stokowski and Zimbalist. Szymanowski, in turn, sought relief from the effects of tuberculosis in Davos, Grasse and Cannes, and finally in Lausanne, where he died on 29 March 1937.