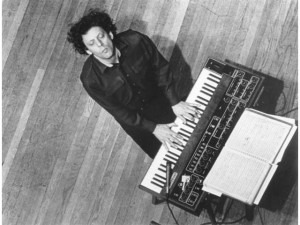 In order to pay rent, composers frequently take up secondary jobs. Borodin was a licensed chemist, Ives worked in the insurance industry, and the pioneer of minimalist music Philip Glass supported himself by working as a plumber, furniture mover and taxi driver. “I was careful,” the composer explained, “to take a job that couldn’t have any possible meaning for me.” Even after Glass achieved fame and notoriety with his opera Einstein on the Beach in 1976, he still continued to ply his blue-collar trades. Called upon to install a dishwasher, “I suddenly heard a noise and looked up to find Robert Hughes, the art critic of Time magazine, staring at me in disbelief. ‘But you’re Philip Glass! What are you doing here?’ It was obvious that I was installing his dishwasher and I told him I would soon be finished. ‘But you are an artist,’ he protested. I explained that I was an artist but that I was sometimes a plumber as well and that he should go away and let me finish.”

Glass had started his career at the University of Chicago, studying mathematics and philosophy. As an aside, he took piano lessons and dabbled in composition. At age 20 he went to study composition at the Juilliard School of Music, and subsequently enrolled in a composer-in-residence scheme for two years in Pittsburgh. A Fulbright Scholarship saw Glass study with Nadia Boulanger in Paris, and he also dabbled in experimental theatre and worked on a film score with Ravi Shankar. After spending several months in northern India, Glass returned to New York City and attempted to jumpstart his compositional career with a musical style that emphasized repetitive structures. Since the general public and traditional performers were rather indifferent to his compositions, Glass mainly performed his music in art galleries and studio lofts. Since these kinds of avant-garde events didn’t pay the rent, Glass turned to blue-collar employment to stay financially afloat.


Glass got his taxi-driving license and drove his yellow taxicab through the 5 Boroughs at night. He gave up his previous plumbing job because swinging heavy wrenches all day made it rather difficult to play the piano in the evening. Within in a couple of weeks of driving his taxi, Glass knew the city inside out, and he used to pick up passengers from the Port Authority Terminal in New York. The city was buzzing with nervous and creative energy, and passengers left secure home environments behind to find opportunity in New York City. However, driving a taxi in New York City was a rather dangerous profession. Drug related robberies and daily violence were commonplace, but despite “moments of terror, the city represents a fantastic slice of life.” Glass first performed his music in the concert hall in 1974, and slowly his career blossomed. Yet he kept driving his cab even after the breakout premiere of Einstein at the Beach. Gradually, more and more commissions trickled in, and slowly Glass realized that the taxi driver’s license he had renewed as a precaution might not be needed. Glass understood that he had finally arrived as a composer when a woman tapped on the side of his cab and told him “you have the same name as a very famous composer.”