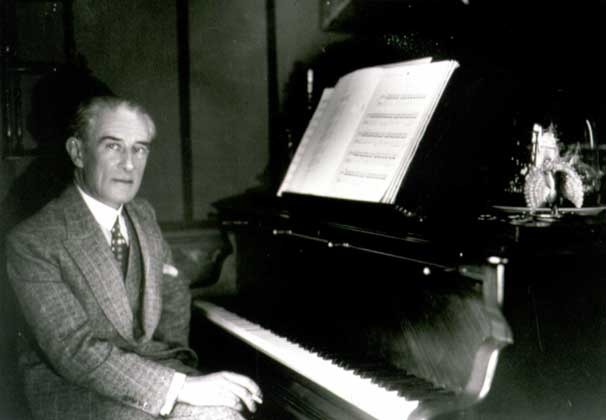 One would be hard pressed not to agree with the assessment of a contemporary music critic, who described the Viennese Waltz as a direct expression of sensuality. In the hands of Johann Strauss II, known as the “Waltz King,” this originally humble country-dance transformed into a sophisticated and stylish entertainment practiced throughout Vienna, eventually conquering the world. Clergymen, religious zealots and the aristocracy originally condemned the dance. They primarily objected to the close bodily contact between dancers. Eyewitnesses report, “the men dancers held up the dresses of their partners very high so that they should not trail and be stepped on, wrapped themselves both tightly in the covering, bringing their bodies as closely together as possible, and thus the whirling about went on in the most indecent positions.”

Maurice Ravel had for years intended to write some sort of tribute to Johann Strauss II. He described his initial fascination to a friend, “you know my intense attraction to these wonderful rhythms and that I dearly value the joie de vivre expressed in this dance.” By 1906, the composer had drafted a symphonic poem entitled “Vienne,” but only returned to his initial sketches after the conclusion of his military service in 1918. By then, the impresario Serge Diaghilev asked Ravel to write La Valse for the Ballets Russes, to be featured on the same program as Stravinsky’s Pulcinella. Ravel introduced the finished composition to Diaghilev in a version for two-pianos in 1920. The composer described the work in the following way: “Through whirling clouds, waltzing couples may be faintly distinguished. The clouds gradually scatter: one sees at letter A an immense hall peopled with a whirling crowd. The scene is gradually illuminated. The light of the chandeliers bursts forth at the fortissimo letter B. Set in an imperial court, about 1855.” For one reason or another — probably stemming from an earlier disagreement over Daphnis et Chloé — Diaghilev was not impressed and rejected the work. He refused to have it choreographed, and Stravinsky who was also present, maintained absolute silence. 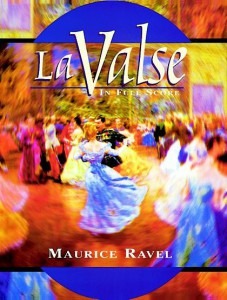 Ravel was deeply offended, and quickly turned the composition into a concert work. When Ravel and Diaghilev met again in 1925, “Ravel refused to shake Diaghilev’s hand, and was swiftly challenged to a duel.” Fortunately in the end, cooler heads prevailed and the duel was stopped. Subsequently as can easily be imagined, both men went to great lengths to avoid each other! La Valse and its eventual subtext “poème chorégraphique pour orchestra” (a choreographic poem for orchestra) is not a carefree imitation of the sparkling musical champagne of the late 19th-century, but rather a sinister, yet brilliantly orchestrated reflection of the tumultuous and dark years of the First World War. At least, this is how George Benjamin heard it, “whether or not it was intended as a metaphor for the predicament of European civilization in the aftermath of the Great War, its one-movement design plots the birth, decay and destruction of a musical genre: the waltz.” Ravel fiercely denied this interpretation and wrote, “while some discover an attempt at parody, indeed caricature, others categorically see a tragic allusion in it – the end of the Second Empire, the situation in Vienna after the war, etc…. This dance may seem tragic, like any other emotion… pushed to the extreme. But one should only see in it what the music expresses: an ascending progression of sonority, to which the stage comes along to add light and movement.” Be that as it may, Johann Strauss II would almost certainly not have enjoyed Ravel’s homage, nor do pianists generally enjoy the devilishly difficult version for solo piano fashioned by the composer.