Features
The Pulitzer Prize in Music
1990s and the New Century
by Maureen Buja October 24th, 2021

See here for the history of the prize. 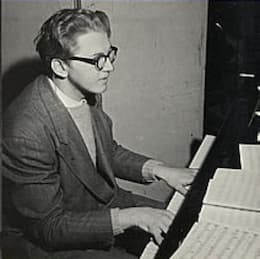 Composer Mel Powell, who founded the music department at the California Institute of the Arts, started his career as a jazz pianist, joining Benny Goodman’s band in 1941. During WWII, he was pianist in Glenn Miller’s Army Air Force Band until 1945. When he developed muscular dystrophy, his jazz career and his travels ended, and he studied with Hindemith at Yale. Like other composers before him, the awarding of the Pulitzer came as a complete surprise. His work, Duplicates: A Concerto for Two Pianos and Orchestra.

The second woman composer to be awarded the Pulitzer Prize for Music was Israeli-American composer Shulamit Ran in 1991. Ran taught composition at the University of Chicago from 1973 to 2015 and also had an international career as a pianist. The work was a commission by The Philadelphia Orchestra.

The 1992 Pulitzer Prize winner was Wayne Peterson for The Face of the Night, the Heart of the Dark. The Prize was contentious: the committee had put nominated only Ralph Shapey’s Concerto Fantastique, even though the rules required that three works be put forward for board consideration. When the Board asked for other works to consider, Peterson’s work was proposed by the jury. Overruling the jury’s decision for the work by Ralph Shapey, the Board awarded the prize to Wayne Peterson. The jury liked the Peterson work, but felt that Shapey’s piece was, in fact, ‘the single best work of the year’ and had been unanimous in their decision.

Wayne Peterson: The Face of the Night, the Heart of the Dark – II. Allegro ma non troppo 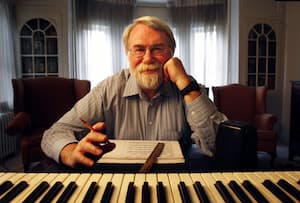 Written on commission from the New York Philharmonic for its principal trombonist Joseph Alessi, Christopher Rouse’s Trombone Concerto is dedicated to the memory of the New York Philharmonic’s beloved conductor Leonard Bernstein, who had died suddenly in October 1990. The work was awarded the 1993 Pulitzer Prize for Music. The music is dark and sombre, starting with its opening in the trombone’s lowest register. As one reviewer noted: ‘…the music ranges from flowing cantilenas to anarchic musical brawling: at the climax of the scherzo, the soloist has to see off the orchestral trombones trying to get in on the act.’


Gunther Schuller’s elegy for his wife Marjorie, Of Reminiscences and Reflections, was awarded the 1994 Prize. Commissioned by The Louisville Orchestra, the work has been likened to ‘a grand orchestral essay,’ but with the spontaneous and improvisatory qualities that are familiar from Schuller’s personal musical style.

Gunther Schuller: Of Reminiscences and Reflections 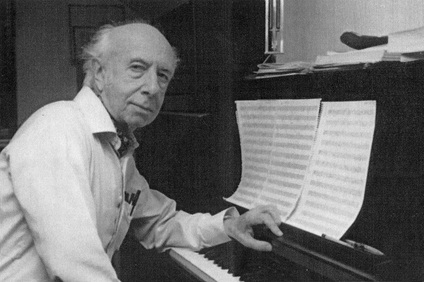 The 1995 Prize was awarded to Morton Gould for his 5-movement work Stringmusic. The work was written for his friend and colleague Mstislav “Slava” Rostropovich and was intended to showcase the wide variety of sounds and colours of a string orchestra. Gould wrote the second movement tango for Rostropovich after the cellist had conducted Gould’s Latin American Symphonette and commented how much he was a ‘tango expert.’ 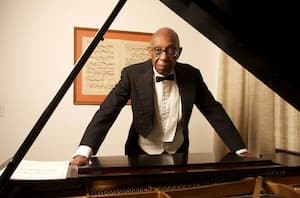 George Walker drew on Walt Whitman for the text for his work for voice and orchestra, Lilacs. Whitman’s poem When Lilacs Last in the Dooryard Bloom’d was written in 1865 during the period of national mourning in the US following the assassination of Abraham Lincoln. Walker, the first black American composer to be awarded the Pulitzer Prize for Music, was a unanimous choice by the 1996 Pulitzer Prize jury. Walker’s work sets stanzas 1, 2, 3, and 13 of the 16-stanza poem. The work was commissioned by the Boston Symphony Orchestra and the premiere was conducted by Seiji Ozawa. 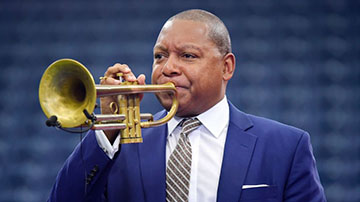 In 1996, a change in the criteria for the music prize was made ‘so as to attract the best of a wider range of American music.’ The work that came up for the award was Wynton Marsalis’ jazz oratorio, Blood on the Fields, which, had the Pulitzer guidelines been followed, would not have been eligible. The work received its premiere in 1994 but to win the 1997 award, it had to have had its premiere in 1996. Marsalis had submitted a revised version of his original work for consideration, but the changes he made would have been too minor for the jury to consider. However, as the jury didn’t know what had been changed, they accepted it as a new work.

Wynton Marsalis’ jazz oratorio Blood on the Fields, about slavery and its aftermath in the US was awarded the 1997 Pulitzer Prize for Music and marked the first time a jazz composition had won. Up to this point, only classical composers’ works were judged. The 27-part work tells the story of Jesse and Leona as they work from slavery to freedom.

Wynton Marsalis: Blood on the Fields – Part I, Calling the Indians Out 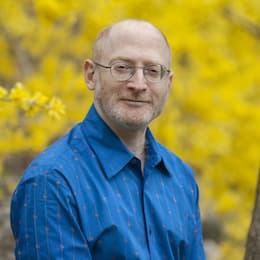 The 1997 Prize award was for Aaron Jay Kernis’ String Quartet No. 2, Musica Instrumentalis, which was inspired by dances from the Renaissance and Baroque periods. He started off envisioning a 5-movement work, but as it developed, it became 3-movement work as he condensed and refined the work. The work was commissioned for the Lark Quartet and they gave its premiere in New York City. The opening section is described by the composer as ‘a kaleidoscope, an overstuffed medley of many types of dances played separately and sometimes simultaneously.’ 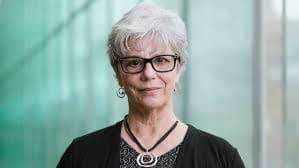 We close the decade with Melinda Wagner’s Concerto for Flute, Strings, and Percussion. The work had been commissioned by the Westchester Philharmonic for its conductor and flutist Paul Lustig Dunkel and for its own 15th Anniversary. The problem of balancing the silvery and small sound of the flute against the forces of a full orchestra led Wagner to looking at reducing the orchestra to a string orchestra plus percussion. She was more interested in exploring the flute’s rich tone than in virtuoso pyrotechnics.


The 1990s saw the Pulitzer Prize committee venture outside of the realm of the purely classical and into the jazz realm, expand from its largely white male composer base and start to include both more women and black composer for consideration. 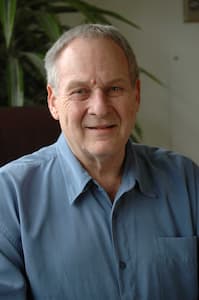 Opera, which hadn’t been awarded a Pulitzer Prize since 1962, returned with a Pulitzer Prize in 2000 for Lewis Spratlan’s Life is a Dream, but only for Act II of the concert version. The opera had been started in the 1970s and was mostly completed by 1978. The opera company it was intended for went out of business and it wasn’t until 2000 that the composer self-funded 2 concert performances of the 2nd act. He submitted it for the Pulitzer and it won. Finally in 2010, the full opera was staged at Santa Fe. 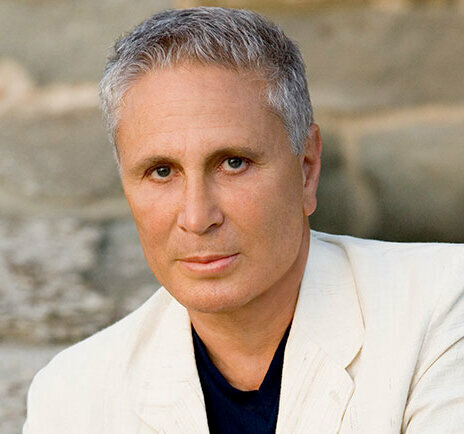 John Corigliano’s Symphony No. 2 for string orchestra was awarded the 2001 prize. Requested by the Boston Symphony to celebrate the centenary of Symphony Hall, he reworked his 1996 String Quartet, written for the disbanding of the String Quartet, into the larger symphonic format of the string symphony. Movements I and V are related; movements II and IV are related and all frame the central third movement, a Nocturne of night music in the Bartókian sense. 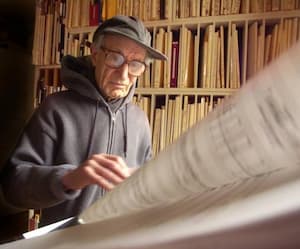 In 2002, Henry Brant had roles in both concert and film music, teaching at Columbia University and The Juilliard School and at Bennington College while at the same time working as an orchestrator in Hollywood, primarily with the composer Alex North. At age 19, he was recognized by Henry Cowell as one of the upcoming experimental composers. His Prize-winning work, Ice Field, was commissioned by OTHER MINDS for Michael Tilson Thomas and the San Francisco Symphony. In performance, 100 players are scattered around the concert hall to create a vast acoustical soundscape. Performers are not only on stage but also up in the balconies and under the stage, as well as being a work for solo organ. 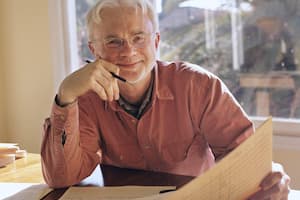 The 2003 composition was designed as a ‘memory space – a place where you can go and be alone with your thoughts and emotions,’ rather than a memorial to those lost in the attacks of September 11, 2001, John Adams’ On the Transmigration of Souls filled in a difficult space in the American classical music psyche. It was commissioned by the New York Philharmonic to be played in September 2002 for the first anniversary of the attacks. In concert, it was paired with that most definite of declaration of freedom and brotherhood, Beethoven’s Symphony No. 9. The text, spoken by children and adults, was taken from the missing-persons posters and memorials posted all over lower Manhattan. Adams’ intent in the work was to ‘achieve the same sort of feeling one gets upon entering those old majestic cathedrals in France or Italy.’ Otherworldly, yet ancient.


Paul Moravec’s Tempest Fantasy, winner of the 2004 Pulitzer, is a meditation on the ‘characters, moods, situations, and lines of text from my favorite Shakespeare play, The Tempest,’ says the composer. Movements named Ariel, Prospero, and Caliban are countered with movements named Sweet Airs and Fantasia. 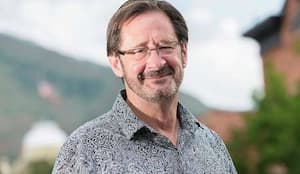 The 2005 Prize went to Steven Stucky for his Second Concerto for Orchestra. A commission for the Los Angeles Philharmonic while Stucky was their composer-in-residence, the work is seen by Stucky as a ‘celebration of his musical influences.’ Hints of Ravel‘s Piano Concerto in G, and Oliver Knussen’s Flourish with Fireworks returns then to Stravinsky‘s Fireworks. Sibelius gets a look in with orchestral textures from En saga and the first movement of the Third Symphony. The second movement honors Debussy’s La Mer, Brahms‘ E-flat clarinet sonata, Stravinsky’s Petrushka, and other works.


Yehudi Wyner’s piano concerto Chivai in Mano took the 2006 Pulitzer Prize in Music. It was written in Rome at the American Academy and, despite its Italian name, retains a very American sensibility. The title ‘Chiavi in Mano’ is cited by the composer as very Italian mantra: Keys in Hand, the house or the car is yours. Similarly, the keys of the piano are designed to ‘fall under the hand’ and be yours.


The 2007 Pulitzer Prize was the first for a live album and for a jazz album at that. Saxophonist Ornette Coleman’s album Sound Grammar was his first album in over a decade. 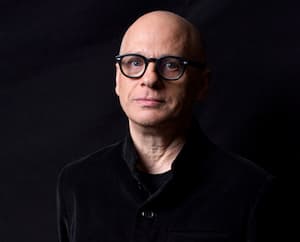 David Lang took Bach’s St. Matthew Passion, and gave it a story line from Hans Christian Andersen, ‘interspersing Andersen’s narrative with my versions of the crowd and character responses from Bach’s Passion.’ The choral work was awarded the 2008 Pulitzer Prize in Music. For Lang, Andersen’s story of the child driven out to sell matches, but to ultimately be ignored and freeze to death is a story of horror and beauty. The child must balance her poverty with her past memories and temper it all with hope, but in the end, she is the sacrifice to others’ desires. 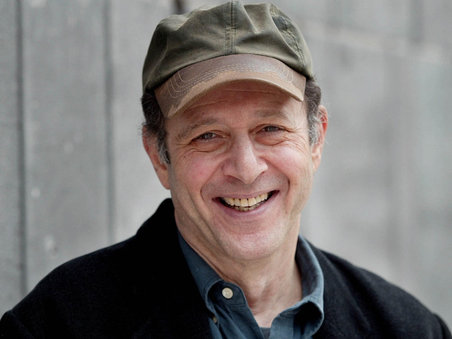 The decade ends with recognition for New York’s downtown music in Steve Reich’s Double Sextet. Reich has provided two ways for the performers to realize the piece, either with two identical sextets of flute, clarinet, vibraphone, piano, violin and cello, or with one sextet playing against a recording of themselves as the other sextet. The latter format has proved to be the more popular, as it requires fewer players.


The 21st century brought some rethinking of what American classical music might mean, and the inclusion of an album of music by an established jazz player, which was never going to be performed by your local symphony orchestra was indicative of how the Pulitzer Prize for Music jury was trying to expand its horizons.