“All great music is contemporary” 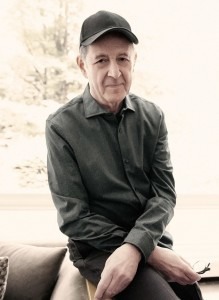 On 18 January 1973, Michael Tilson Thomas introduced Four Organs, scored for four Hammond organs and maracas by aspiring composer Steve Reich to New York audiences. Scheduled alongside music by Mozart, Bartók and Liszt, audience reaction was swift and decisive. According to one critic, “there were lusty boos, yelled threats and someone running down the aisle screaming, “All right, I confess!” There was even an old lady banging her shoe on the stage trying to stop the music! In 2016, as we celebrate the 80th birthday of Steve Reich, he is widely considered “America’s greatest living composer,” and the “most original musical thinker of our time.” It is even claimed “there’s just a handful of living composers who can legitimately claim to have altered the direction of music history, and Steve Reich is one of them.”

For Steve Reich, born in New York and raised there and in California, the musical epiphany came at the age of 14. As he listened to recordings of Stravinsky’s Rite of Spring, Bach’s Brandenburg No. 5, and bebop, he noticed that these vastly different Western compositions are driven and regulated by strongly articulated rhythmic units that lie beneath the level of the felt beat. While much of Western classical music is strongly focused on this notion of a strong and steady beat, music of the rest of the world—West African drumming, Indonesian gamelan, traditional way of chanting Hebrew Scriptures and American popular music—is largely organized and coordinated as rhythmic profiles below that surface level. And Reich used these models to compose music that is not only gradually and playfully unfolding, but through its ever-shifting surfaces provides a hauntingly hypnotic effect on the listener.

Without recording technology, Reich’s breakthroughs would simply not have been possible! By sheer accident, he discovered tape-based techniques of looping and phasing by using recordings of fragments of speech. When he played two copies of a single tape loop through different tape recorders into two channels in a set of headphones, one loop began gaining on the other in time. ‘”The sensation I had in my head,” Reich recalled, ”was that the sound moved over to my left ear, moved down to my left shoulder, down my left arm, down my leg, out across the floor to the left, and finally began to reverberate and shake and eventually came back together in the center of my head.” Reich adapted this process of “phasing” to traditional and vocal media, and significantly, to live performance. Once he also freed tonal and modal chords completely from any conventional harmonic function, Reich placed his musical innovations into communicating political and cultural messages. He dealt with the Holocaust (Different Trains), Middle Eastern history and politics (The Cave), and contemporary conflict (Daniel Variations).

Although his music has been described as cool, rational, objective, and even mechanical, “Steve Reich has transferred questions of faith, society and philosophy into a hypnotic sounding music that has inspired musicians and composers of all genres.” His music reflects a lifetime of inspiration and determination, and the critic Alex Ross suggested, “all young composers of today are living in a world scored by Steve Reich.”