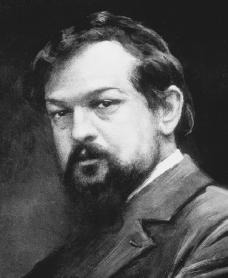 My encounter with Claude Debussy began with his 24 preludes. I was attracted to the music as well as the descriptive titles, La fille aux cheveux de lin, La danse de Puck, taking one’s imagination to a wild wonderland. His music, for me, represents revolution, beauty and poetry. With his piano pieces, he is considered to be the heir of Liszt and Chopin, whose music he greatly admired. Yet, Debussy, with such genius, once claimed that if he had not chosen a musical life, he would have been a sailor. ‘You may not know that I was destined for a sailor’s life,’ Debussy wrote in 1903, ‘I have always held a passionate love for her, the sea…’ Indeed, his life and music, in many ways, connect with water. 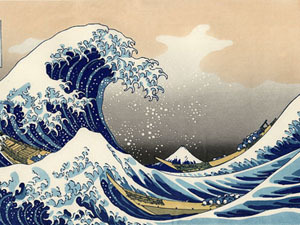 His love for the ocean inspired him to write one of his most admired works, La Mer. With Hokusai’s Wave on the cover of the 1905 edition, La Mer is a set of three symphonic pieces, De l’aube á midi sur la mer, Jeux de vagues and Dialogue du vent et de la mer. He started composing it in 1903 in Burgundy in France, and completed two years later, on the English Channel coast in Eastbourne. The music, with its unusual orchestration, daring harmonies, and fluctuating rhythmic patterns, depicts wind, waves and the vastness of the ocean. It was as if Debussy put on his sailor’s suit, sailing freely across the ocean.

Like the mirroring quality of water, Debussy’s music reflects his time. At the turn of the century, musicians were reacting differently to Wagner; some worshipped him and some were trying to break away from him. Like many young musicians of the time, Debussy visited the Bayreuth Festival in 1888-1889 and was so impressed by Wagner’s magnificent operas that he composed La demoiselle elué. However, the young Debussy was not satisfied by merely being a follower of Wagner. He was a revolutionary, ‘I am too enamored of my freedom, too fond of my own ideas,’ as Oscar Thompson quoted in his book, Debussy: Man and Artist (Tudor Publishing Company, 1940). Shortly after his visit to Bayreuth, Debussy was inspired by Javanese gamelan music at the Exposition Universelle in Paris to write music echoing this distant sound. 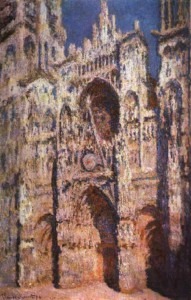 Educated as he was, Debussy was influenced by two prominent cultural movements – symbolism in literature and impressionism in painting. In ‘Art poétique’, Paul Verlaine emphasized the musicality in poems through rhyming, alliteration, assonance and rhetoric etc. Mallarmé took this idea even further, experimenting with type size and placement, leaving blank spaces, which carries meaning. The rests and melodic phrases in Debussy’s music were thus compared with the poems of his contemporary, Mallarmé. In fact, when Debussy asked for permission to set Mallarmé’s poem ‘L’après-midi d’un faune’ to music, the poet replied, ‘But I thought I had already done that!’ Nevertheless, after hearing the composition, Mallarmé was enchanted and wrote a letter to Debussy, ‘I have just come out of the concert, deeply moved!’

In terms of painting, whenever I played Debussy’s La cathédral engloutie, I immediately thought of Monet’s paintings on the Rouen Cathedral. Like Monet, Debussy gave you an allusion, an image, of a cathedral, submerged underwater off the coast of the Island of Ys, which rose up from the sea at dawn. He presented this ancient Breton myth with parallel fifths, outlining a pentatonic scale and the ascending phrases.

A baby is surrounded by water in a mother’s womb; perhaps in this August, when we commemorate the 150th anniversary of Debussy’s birth, we can ponder about how Debussy’s life and music, resembled his beloved sea.