As summer is stormily giving way to autumn in the Northern Hemisphere, and the next corona lockdown is just around the corner, we still fondly remember those warm and carefree summer days. The passing of the seasons and a deep sense of isolation and loneliness also filled the mind of the Irish poet Thomas Moore as he penned the poem “The Last Rose of Summer” in 1805. 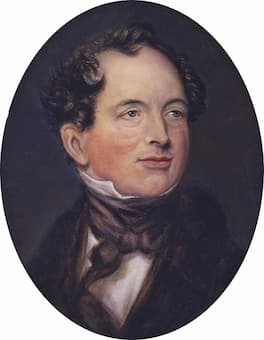 Tis the last rose of summer,
Left blooming alone;
All her lovely companions
Are faded and gone;
No flower of her kindred,
No rosebud is nigh,
To reflect back her blushes
Or give sigh for sigh!

I’ll not leave thee, thou lone one.
To pine on the stem;
Since the lovely are sleeping,
Go, sleep thou with them;
Thus kindly I scatter
Thy leaves o’er the bed,
Where thy mates of the garden
Lie scentless and dead. 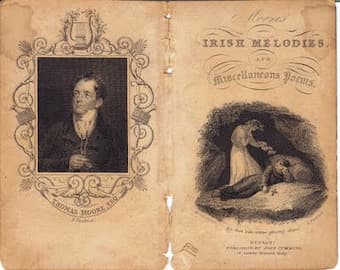 So soon may I follow,
When friendships decay,
And from love’s shining circle
The gems drop away!
When true hearts lie wither’d,
And fond ones are flown,
Oh! who would inhabit
This bleak world alone?

Moore beautifully captures the sense of sadness of being left alone towards the end of life, and the poem was set to a traditional Irish folk tune and harmonized by Andrew Stevenson. The song became immensely popular in the first half of the 19th century and furnished the foundation for a substantial number of fantasies and variation sets.

George Thomson (1757-1851) was an amateur musician who played in the orchestra of the St. Cecilia Concert, but his overriding passion was to collect and publish arrangements of folk songs. The first part of Thomson’s Select Scottish Airs was issued in June 1793 and contained 25 songs by Robert Burns. For his musical arrangements, Thomas chiefly looked towards Viennese composers and he was able to come to terms with Haydn, Pleyel, and Hummel. Beethoven, however, turned out to be a more difficult sell. Thomson first contacted Beethoven in 1803 for “sonatas making use of Scottish airs,” but the composer suggested a fee of three hundred ducats. Thomson would only pay half that sum for six sonatas, and the project came to naught.

The sweetest lad was Jamie set by Beethoven

Money really wasn’t the deciding issue as Thomson insisted on settings that would be playable by amateurs in Scotland, and Beethoven repeatedly protesting the requirement of ease of performance. “You always write, easy, very easy,” Beethoven tells Thomson, “I try to accommodate you as much as I can, but—but—but.” In the event, a Beethoven arrangement for “The Last Rose of Summer” was published in 1819 as part of Op. 105, to be accompanied by flute or violin, ad lib. 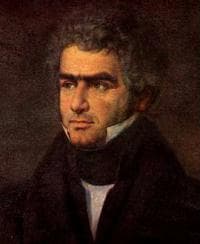 Ferdinand Ries (1784-1838) was a student of Ludwig van Beethoven between 1801 and 1805, and he was even allowed to publically play the solo part in Beethoven’s third piano concerto. Looking to establish a career as a traveling virtuoso, Ries traveled to Paris and Bonn, Stockholm, Moscow and St. Petersburg before making his way to London in 1813. The Haydn impresario Johann Peter Solomon initiated Ries into the leading musical and social circles of the city, and he soon became popular as a piano teacher to the rich and famous. He also became a member of the London Philharmonic Society, which he directed from 1815 to 1821. His Grand Sextet Op. 100 is scored for piano, two violins, viola, violoncello and double bass. Published in 1820 and it includes variations on “The Last Rose of Summer” in the second movement. The tune was immensely popular in London at that time since the title page of the first edition already makes a reference to “the admired air.” 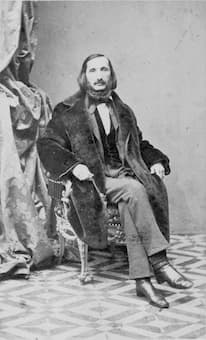 Considered one of Niccolò Paganini‘s greatest successors, Heinrich Wilhelm Ernst (1812-1865) was greatly admired by his contemporaries Schumann, Mendelssohn and Berlioz not only for his virtuosity but also for his musicianship. It has been suggested that Ernst occasionally even surpassed the technical wizardry of Paganini, and that he was the master of the “soulful, touching cantilena.” Joseph Joachim declared “Ernst was the greatest violinist I have ever heard; he towered above all others.” His compositions represent the pinnacle of violin technique, and the Six Polyphonic Études for unaccompanied violin crown his achievements. The final Étude is based on “The Last Rose of Summer,” and dedicated to Antonio Bazzini. This complex set—full of every imaginable and unimaginable technical difficulty—includes an introduction, theme, four variations, and a devilish finale.