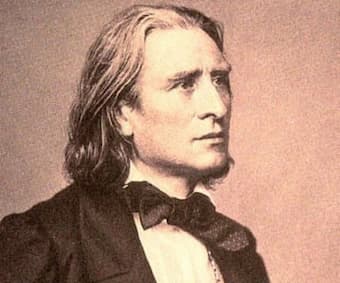 A rhapsody is a one-movement, episodic work, often featuring a contrasting moods, colours and tonalities, with a distinct air of spontaneity and improvisation. In these respects, the Rhapsody is related to the Fantasia or Fantasy or Ballade. Perhaps the most famous rhapsody for solo piano is George Gershwin’s Rhapsody in Blue; it’s one of the most popular pieces in the piano repertoire.

The first solo piano pieces with the title “Rhapsody” were published in 1810 and the genre quickly gained popularity during the nineteenth century.

Amongst the most famous and popular works for solo piano, Liszt’s 19 Hungarian rhapsodies, composed 1846-53, are based on Hungarian folk tunes and incorporate elements from Roma gypsy music, including improvisation and the ‘gypsy scale’. These works are fiendishly difficult, both technically and artistically, but are more than mere showpieces; they demonstrate not only Liszt’s phenomenal pianistic skill, but also his ability to take folk idioms and create truly bravura piano music. Even the cartoon character Bugs Bunny has played the most famous of the set, No. 2, and Lang Lang credits Tom and Jerry’s performance of No. 11 as the inspiration for him to start playing the piano when he was a little boy.

Composed in 1879, when Brahms was 46, his two piano Rhapsodies are works of virtuosic drama and passion. Both fully illustrate the spontaneous and improvisatory character of the Rhapsody genre.

The B minor Rhapsody opens with an impulsive, emphatic first theme before giving way to a more ruminative passage which leads to a brief tender pianissimo melody which then becomes the consolatory middle section of the work before the opening theme returns. The second Rhapsody in G minor, the more well-known of the pair, is structured like a sonata movement with a repeat of its exposition. Yet, it’s a dense, mysterious work, which seems to begin as if halfway through a phrase. There is no discernible “main theme”; instead numerous melodies and themes are tucked in several layers. A skilled interpreter can bring all these layers together to create a coherent whole.


Rachmaninoff: Rhapsody on a Theme of Paganini

One of the most famous Rhapsodies and an iconic piece in the pianist’s repertoire, Rachmaninoff composed this work for piano and orchestra – in effect a piano concert all in a single movement – at his summer home, Villa Senar in Switzerland, in 1934. It was premiered by the composer himself on 7 November 1934 in Baltimore, with conductor Leopold Stokowski. The piece is a set of 24 variations on the last of Niccolò Paganini’s Caprices for solo violin. The 18th variation is the most famous, in which the famous theme is inverted, and is a popular encore piece, transcribed for piano solo. 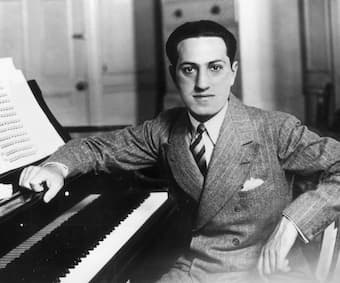 Composed 10 years before Rachmaninoff’s Rhapsody on a Theme of Paganini, George Gershwin’s Rhapsody in Blue celebrates both the genre and the vibrancy of New York City in the Jazz Age. The piece brilliantly combines classical elements and jazz idioms, reflecting Gershwin’s love of the Blues. Its iconic opening is instantly recognisable and the piece remains a popular standard in the symphonic and solo piano repertoires.