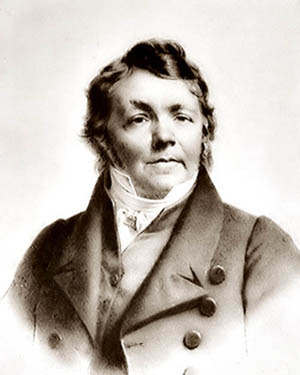 Johann Nepomuk Hummel (November 14, 1778 – October 17, 1837) was an Austrian composer and virtuoso pianist. His music reflects the transition from the Classical to the Romantic musical era.
Hummel was born in Pressburg, Hungary (now Bratislava, Slovakia), the son of National Theater conductor Johann Hummel. He began music instruction at the age of three, playing the violin fluently at five and the piano at six.

Piano Concerto No.3 in B Minor Op.89 (1816)
Wolfgang Amadeus Mozart offered the boy music lessons at the age of 8 after being impressed by his ability. Hummel was taught and housed by Mozart for two years free of charge, and made his first concert appearance at the age of nine, at one of Mozart’s concerts.
In 1788, at Mozart’s suggestion, Hummel and his father began a highly successful European tour. In England, Hummel received instruction from Muzio Clementi. In 1791, Joseph Haydn, who was in London at the same time, composed a Sonata in A-flat for Hummel, who played its premiere in the Hanover Square Rooms in Haydn’s presence.
By 1793 Hummel was back in Vienna studying with Albrechtsberger, Salieri and Joseph Haydn, and teaching as many as ten piano lessons each day. At about this time, young Ludwig van Beethoven arrived in Vienna and took lessons from Haydn and Albrechtsberger, becoming a fellow student and a friend of Hummel. Despite the fact that Hummel’s friendship with Beethoven was often marked by ups and downs, it gradually developed into reconciliation and respect.
Hummel later held the position of Kapellmeister at Stuttgart and Weimar, where he formed a close friendship with Goethe and Schiller, colleagues from the Weimar theatre. During his stay in Weimar, Hummel made the city into a European musical capital, inviting the best musicians to visit and make music. In addition, Hummel was one of the first to fight for musical copyrights against intellectual pirating.
While in Germany, Hummel published A Complete Theoretical and Practical Course of Instruction on the Art of Playing the Piano Forte (1828), which sold thousands of copies within days of its publication and brought about a new style of fingering and of playing ornaments. Later 19th-century pianistic technique was influenced by Hummel, through his instruction of Carl Czerny who later taught Franz Liszt. Hummel’s influence can also be seen in the early works of Frédéric Chopin and Robert Schumann, such as Chopin’s piano concertos. Besides Czerny, Friedrich Silcher, Ferdinand Hiller, Sigismond Thalberg, Felix Mendelssohn and Adolf von Henselt were among Hummel’s most prominent students.
Piano Sonata no.3 in F Minor Op.20 (1807)
Hummel contributed to all musical forms except to the symphony. His main oeuvre is for the piano, on which instrument he was one of the great virtuosi of his day. He wrote eight piano concertos, ten piano sonatas, eight piano trios, a piano quartet, a piano quintet, two piano septets, four-hand piano music, a cello sonata, a wind octet, a mandolin sonata, a Trumpet Concerto in E-flat major, operas, Singspiels, masses, and much more.
At the end of his life, Hummel saw the rise of a new school of young composers and virtuosi, and found his own music slowly going out of fashion. His disciplined and clean Clementi-style technique, and his balanced classicism, opposed him to the rising school of tempestuous bravura displayed by the likes of Liszt and Giacomo Meyerbeer. The last of a line of Viennese composers which stretched from Haydn and Mozart through Beethoven and Schubert, Hummel’s death in 1837 marked the end of a musical era.
Tine Thing Helseth – Hummel: Trumpet Concerto in E-flat major, 3rd movement