“The Last Rose of Summer” reached a world audience as part of the romantic opera Martha by Friedrich von Flotow (1812-1883), premiered in Vienna on 25 November 1847. Adapted from a ballet to a story by Jules-Henri Vernoy de Saint-Georges, the work enjoyed great success with early productions staged in Germany, Hungary and London. Martha traveled to the United States in 1852, and by 1856 the work had reached Australia. 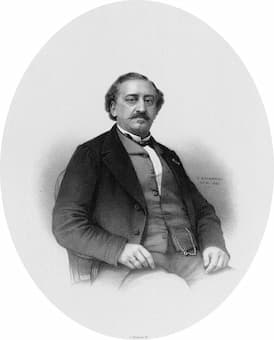 The German libretto was fashioned by Friedrich Wilhelm Riese and tells the story of Lady Harriet, a bored maid-of-honor to Queen Anne. As the Richmond Fair is approaching, she decides—together with her servant Nancy—to masquerade as a servant girl in search of work. Lyonel and Plunkett, two young farmers in need of household help present them with a long-term contract, and still enjoying the game, the women quickly sign the document. However, when they attempt to leave, the sheriff is called and enforces the contract; so they are sent home with the farmers. Both farmers quickly fall in love with their new maids, but are dismayed that they are terrible at housework. As you might well imagine, there are all kinds of complications before the opera ends with a joyous double wedding. “The Last Rose of Summer,” is probably the most notable number in this work and it is first sung in Act 2, when Lyonel and Martha are alone together and he is about to propose marriage. That famous melody is subsequently presented as a leitmotiv to represent Lyonel’s longing. 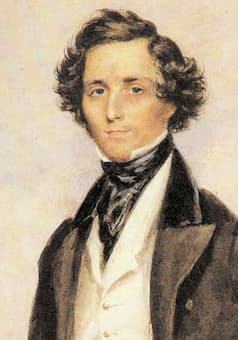 Felix Mendelssohn was a polyglot who spoke several languages fluently, a classical scholar, poet and translator, and a polished prose stylist with a vivid imagination. He was an accomplished violinist, a skilled draughtsman and painter whose watercolors impressed Richard Wagner. Deeply religious and well versed in theology, Mendelssohn took an active part in preparing and editing the libretti of his two major oratorios, and he read every available literary and philosophical book within reach. Prior to enrolling at the University of Berlin, Mendelssohn traveled throughout Europe and immersed himself in translations of Shakespeare. We really don’t know exactly when and how he came across “The Last Rose of Summer,” but we do know that he composed a fantasia on that tune in 1827. Published as Op. 15, the melody is presented in plain and unadorned Adagio passages contrasted by feverish Presto music. 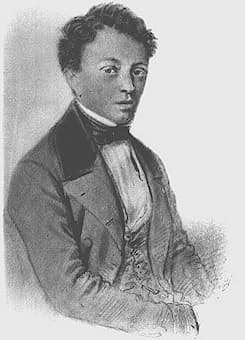 Cellist and composer Auguste Franchomme (1808-1884) is primarily remembered for his collaborations with Frédéric Chopin. At a farewell dinner for pianist Ferdinand Hiller, Franz Liszt introduced the two men to each other. They became good friends, with Franchomme introducing Chopin to wealthy piano students and patrons. And predictably, they played a good deal of chamber music together. In fact, Chopin’s last composition, the Sonata for Piano and Cello, Op. 65 is dedicated to Franchomme. His association with Chopin has somewhat obscured Franchomme’s own fame and achievements. He won the Premier Prix at the Paris Conservatoire at the age of 16, and quickly toured Europe to great acclaim. An unpretentious performer, Berlioz called him “the best cellist in the capital…. There is none more secure than he is in the dangerous keys, nor more charming in sustained singing. His is a calm, but exquisite talent.” Variation sets were the bread and butter of any respectable virtuoso, and Franchomme delightfully packages a Russian folk song and “The Last Rose of Summer” into a single composition. 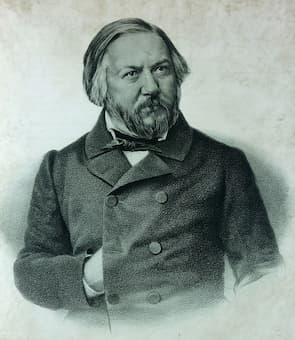 Tchaikovsky called Mikhail Glinka (1804-1857) the “Father of Russian music.” Folk music stood at the forefront of his compositional aesthetic, and he once said, “music is created by the people, and we, artists, simply arrange it.” Glinka wasn’t fixated on Russian folk tunes but during his three-year stay in Italy and countless travels to other foreign countries, he became acquainted with a multitude of languages and musical styles.
Glinka has been described “as a dilettante of genius.” He received only sporadic formal training as musician and composer, but he was fabulously talented. Blessed with an extraordinary memory and an impeccable ear, he effortlessly mastered the piano and the violin, and he was considered a fine singer. He only studied composition seriously for six months in Berlin, and during his stay in Paris and/or Spain, Glinka stumbled upon “The Last Rose of Summer.” The resulting variations were packaged as “A Greeting to my Native Land.”