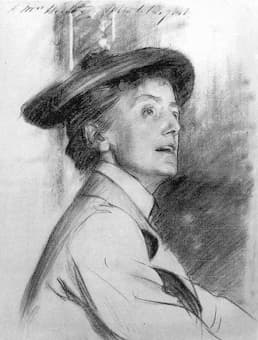 Ethel Smyth (1858-1944) was determined to devote her life to music and thus she studied at the Leipzig Conservatory. There she met Dvořák, Grieg and Tchaikovsky, and later through her private teacher Heinrich von Herzogenberg, became acquainted with Clara Schumann and Johannes Brahms. Tchaikovsky wrote in his memoirs, “Miss Smyth is one of the comparatively few women composers who may be seriously reckoned among the workers in this sphere of music. She has composed several interesting works, which gave promise in the future of a serious and talented career.” Smyth felt that she had to fight for her music, “because I want women to turn their minds to big and difficult jobs; not just to go on hugging the shore, afraid to put out to sea.” That fighting spirit also propelled her into a leadership role in the suffrage movement. 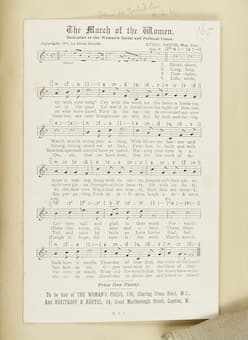 Ethel Smyth: March of the Women

She participated in demonstrations, made speeches, wrote articles for suffragette publications, and provided shelter for the charismatic leader Emmeline Pankhurst. For the crime of throwing stones at the house of the Colonial Secretary and breaking his window, she was sentenced to serve two months at Holloway Prison. Tellingly, Smyth completed her first and only symphony, titled “The Prison,” at the age of seventy-two. The narrative is based on a Platonic dialogue among four friends who meet to read a newly discovered text, assumed to have been written by a prisoner on the eve of execution. The work is prefaced by the following motto, “I am striving to release that which is divine within us, and to merge it in the universally divine.” Explaining her composition, Smyth said, “that she used the title symphony to denote an ancient Greek idea of concordance of sweet sounds, not the orchestral genre.” In fact, it is a highly significant work that defies easy genre classification, and according to critics, “it is primarily a composition of symbolic and private remembrance.”

According to critics, Lera Auerbach’s highly dramatic music is “communicative and rich with brooding intensity and poetic expression; it speaks in a singular voice that builds on the language of modern Russian composers.” To be sure, her music communicates extraordinary power and intensity. She has even been called “a renaissance artist for modern times… as all of her work is interconnected as part of a cohesive and comprehensive artistic worldview.” Growing up in west-central Russia, she composed her first opera at the age of 12, and after winning several piano competitions relocated to the United States. She studied piano and composition at Juilliard and Comparative Literature at Columbia University. Auerbach is a creative polymath as she has composed over 100 works across every possible genre. She is an active concert pianist and concordantly has created numerous literary works, “including three Russian poetry volumes and a book of modern aphorisms in English. She also performs as a visual artist and conductor.”

Auerbach composes complex yet memorable music that “readily communicates while also offering interpretations from multiple perspectives.” Essentially, she creates stories with titles acting as triggers. “When I give a title to a work in a creative way,” she writes, “I want listeners to feel free to use their own imagination, drawing from their own dreams and memories. The titles are nothing more than starting points for any form of association.” Such is certainly the case in Auerbach’s Symphony No. 1, subtitled “Chimera.” Born from music written for the ballet “The Little Mermaid,” the seven movements resonate with three possible definitions of “Chimera.” For one, it is a female monster in Greek mythology with a lion’s head, a goat’s body, and a serpent’s tail; a thing that is hoped or wished for but is in fact an illusion, or in terms of biology, an organism containing a mixture of genetically different tissues. Gidon Kremer described Auerbach’s talents as “nurtured by a deep respect toward the past that still allows her creations to remain sincere and personal, while being innovative and adventurous” 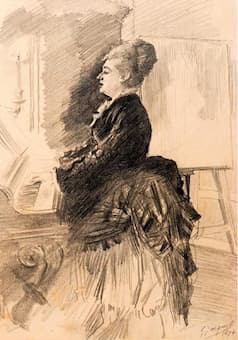 Born in Paris, Augusta Holmès (1847-1903), daughter of Charles William Scott Dalkeith Holmes und Tryphena Anna Constance Augusta Shearer, was of Irish ancestry. She became a naturalized French citizen in 1871 and changed the spelling of her name accordingly in 1873. Brought up in Versailles, she displayed early talent for music, poetry and painting. In addition, she fluently spoke French, English, German and Italian at the age of 12. Her godfather—or as some rumors would have it her father—the poet Alfred de Vigny, encouraged her talents but her mother was sternly against a career in music. It has been suggested that Augusta even tried to kill herself as a young girl. In the end, young Augusta got her wish and received musical training. Holmès initially performed in various Parisian Salons and she also made a public appearance in Geneva. 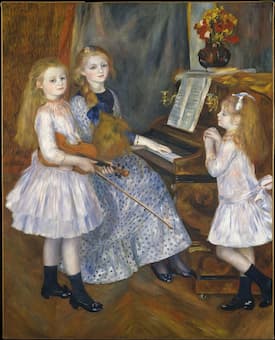 Holmès continued to perform on the charity scene, and there she met the poet, critic, and librettist Catulle Mendès, “with whom she lived for almost 20 years and had five children.” Her first compositions were written under the pseudonym Hermann Zenta, and she later took composition lessons with César Franck. In fact, Saint-Saëns claimed, “She was Franck’s Muse.” Musicologists suggest “Holmès became a champion of various nationalistic causes, emphasizing her Irish roots and French heart in a series of symphonic compositions on nationalist themes.” Her symphonic poems rely on through-composed Wagnerian procedures, and the legendary heroine Andromède is musically represented by broad lyrical phrases. A critic wrote, even if “Augusta Holmès has left no great mark on the history of music in general, in the ranks of women musicians she occupies an honoured place.” 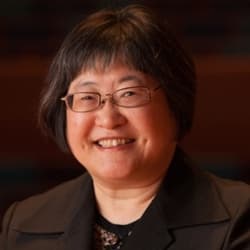 Elected to the American Academy of Arts and Sciences in 2005, and the American Academy of Arts and Letters in 2019, Chen Yi “blends Chinese and Western traditions, transcending cultural and musical boundaries. Her music has reached a wide range of audiences and inspired peoples of different cultural backgrounds throughout the world.” In fact, Chen has received countless awards and commendations throughout her career.

Chen was the first woman to receive a master’s degree in composition in China when she presented an evening concert of her orchestral works in Beijing, performed by the Central Philharmonic of China. She is also the first woman to give an evening multimedia orchestral concert in the US during her 3-year residency with The Women’s Philharmonic and Chanticleer, supported by Meet The Composer.

Currently, Chen is a Distinguished Professor at the Conservatory of the University of Missouri/Kansas City, and her music is published by Theodore Presser Company. Her 2nd Symphony dates from 1998, and commemorates her father’s recent passing. “Chen uses unique percussion patterns used in Beijing opera, characteristic melodic elements, and large-scale rhythmic design to convey an intense process of grieving and transcendence. The symphony reflects not only her crossing of borderlines between cultures and nations, but also the bringing together of these simultaneous dimensions to create a powerful work and to pay homage to her father.” 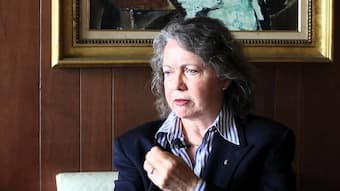 I want to conclude this series on symphonies written by women by presenting an unqualified success story. Critics have called Ellen Taaffe Zwilich “one of America’s most frequently played and genuinely popular living composers.” Her music is known because it is widely performed, recorded, and broadcast. A dictionary states, “There are not many composers in the modern world who possess the lucky combination of writing music of substance and at the same time exercising an immediate appeal to mixed audiences. Zwilich offers this happy combination of purely technical excellence and a distinct power of communication.” She was the first female composer to receive a doctoral degree in composition from the Juilliard School, the first woman to receive the Pulitzer Prize for Music, and she was named the inaugural holder of the Composer’s Chair at Carnegie Hall. She composes in virtually all media, and that includes five Symphonies and a string of commissioned concertos.

While her early works are characterized by angular and spiky atonal explorations, her musical language has since shifted to a gentler neoromantic style. Her compositional style is “marked by an obsession with the idea of generating an entire work—large scale structure, melodic and harmonic language, and development processes—from its initial motives.” Her 2nd Symphony, also known as the “Cello Symphony” was commissioned by the San Francisco Symphony in 1985. It was conceived to exploit the artistry and virtuosity of the cello section of a modern symphony orchestra. The composer writes, “To me, the cello is the quintessential singer among string instruments, encompassing, as it does, the entire human vocal range from the lowest bass voice to the highest soprano. Another aspect of the cello that fascinates me is the enormous range of expression, so I wanted to explore a wide gamut of techniques and dramatic moods… In fact, the piece is virtually a concerto for the cello section, calling for highly virtuosic playing and exploring the full range and scope of the instrument.” By finding and creating an expressive and intuitive musical language, Taaffe Zwilich is one of the most recognized and sought after composers in the world of classical music.