“I once believed that I possessed creative talent” 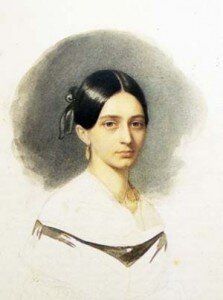 Clara Schumann née Wieck, (1819-1896) was born in Leipzig, daughter of Marianne and Friedrich Wieck. Friedrich established a successful music business, and Marianne was a gifted musician appearing as a piano and vocal soloist at the Leipzig Gewandhaus. Clara’s upbringing was tightly controlled by a father determined to produce a child prodigy. Apparently, Clara learned to read and write music before she leaned how to speak her native tongue, and in the process developed incredible musical abilities. She received training in music theory, harmony, counterpoint and compositions. And her daily routine included piano, voice and violin lessons, score reading, and orchestration. She attended every important concert, opera and drama given in Leipzig, and learned how to conduct the business aspects of a musical career. Clara wrote later in life, “My father had to put up with being called a tyrant; however, I still thank him for it every day; I have him to thank for the freshness that has remained with me in my old age (at least in my art). It was also a blessing for me that he was exceedingly strict, that he reprimanded me when I deserved it and in so doing, prevented me from becoming arrogant from the praise the world showered on me. At times the rebuke was bitter, but it was still good for me!” 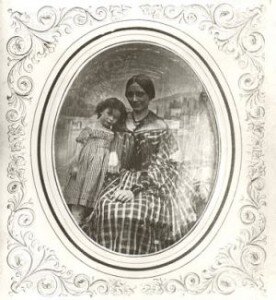 Clara Wieck first played in the Leipzig Gewandhaus at the age of nine, and made her formal solo début at 11. She performed in Paris at age 12 and dazzled Viennese audiences by age 18. She performed for and was admired by leading musicians and celebrities of the day including Goethe, Paganini, Spohr, and a younger generation of musicians such as Chopin, Liszt and Mendelssohn. Dubbed Europe’s “Queen of the Piano,” Clara embarked on a performing career, which lasted overs six decades. She was one of very few pianists to perform music from memory, and her playing was characterized by “masterful technique, beautiful tone and poetic spirit.” Because of her long years on the stage, Clara had great influence on concert life and pianism in the 19th century. Most significantly, perhaps, was her focus on the composer’s text. “In an age of improvisation and embellishments on the score, her piano recitals focused on the composer instead of the virtuoso performer.” She was almost universally respected and admired, as a London critic wrote, “We think we are correct in saying that no pianist ever before retained so powerful a hold upon the public mind for so long a period. Madame Schumann’s character, intellect and training saved her from becoming a mere partisan: though for years she has been acknowledged unequal as an exponent of Schumann’s music, yet one always hears of her wonderful interpretations of Bach, Mozart and Beethoven. By her modesty, prudence and talents she has gradually achieved a veritable triumph.” 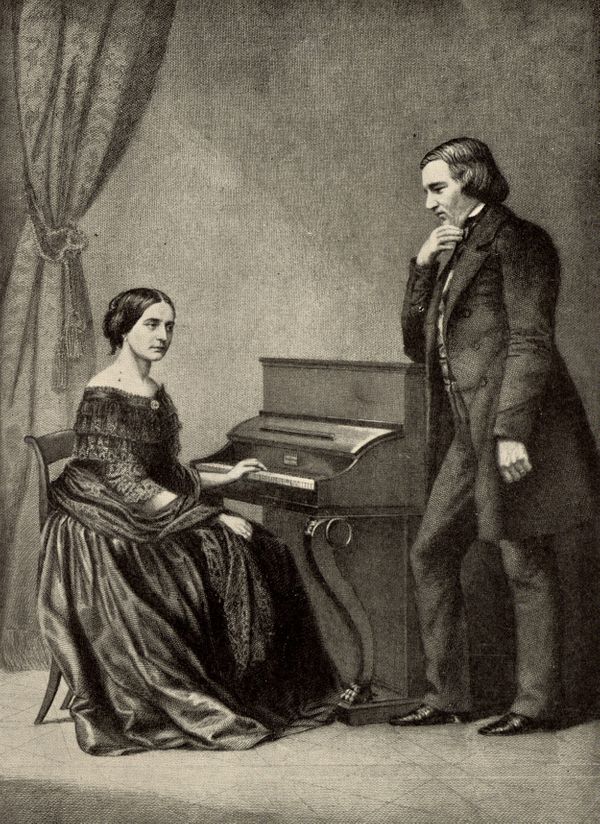 Much has been written on the legal battles between Robert Schumann and Friedrich Wieck, but one day before her 21st birthday Clara and Robert did get married. That union produced eight children, but it was above all, a rare partnership. Clara was Robert’s muse and almost without exception, she performed at the première of each work he wrote for or with piano. Robert was supportive of Clara’s creative efforts, as he wrote to publishers on her behalf and had them publish nearly every one of her compositions. Yet his opinion on Clara’s role remained exceedingly rigid. “To have children and a husband,” he writes, “who is always living in the realms of imagination do not go together with composing. She cannot work at it regularly and I am often disturbed to think how many profound ideas are lost because she cannot work them out. But Clara herself knows her main occupation is a mother, and I believe she is happy in the circumstance and would not want them changed.” Interestingly, Robert’s opinion is echoed in Clara’s voice. “A woman must not wish to compose—there never was one able to do it. Am I intended to be the one? It would be arrogant to believe that. That was something with which only my father tempted me in former days.” 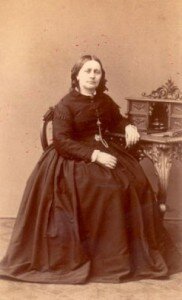 It is still a matter of debate why Clara Schumann stopped composing almost entirely after her husband’s death. For one, to support her children she resumed her concert tours. Dressed in black and unsmiling she became a “solemn priestess” of the art and devoted herself to her husband’s memory and music. She edited, with the help of Johannes Brahms, Schumann’s authoritative Gesamtausgabe, prepared an instructive edition of his piano compositions, and arranged and transcribed a number of his piano and vocal work. She tirelessly promoted Robert’s music and was not shy in her defense of his reputation. She developed an outright hostility against Franz Liszt, and wrote that Wagner’s Tristan und Isolde “was the most repugnant thing she had ever seen or heard in all my life.” In 1878 Clara was appointed teacher of the piano at the Hoch Conservatory in Frankfurt. She held that post until 1892, and decisively contributed to the advancement of modern piano playing technique. Her teaching emphasized a singing tone and expression, with technique entirely subordinate to the intention of the composer. Her student Mathilde Verne carried her teaching philosophy to England, while Carl Friedberg established Clara’s tradition at the Juilliard School in America. Clara played her last public concert in Frankfurt on 12 March 1891, performing Brahms’ Variations on a Theme by Hadyn with James Kwast. She suffered a stroke on 26 March 1896, and died barely two months later. Clara is buried at the Old Cemetery in Bonn, together with her husband.