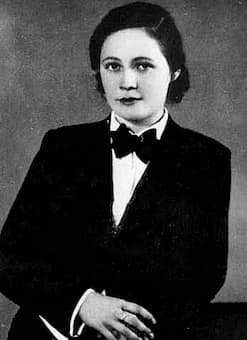 Vítězslava Kaprálová (1915-1940) was one of the most impressive and exciting musical voices at the beginning of the 20th century. She wrote her first compositions for piano solo at the age of nine, and graduated from Brno Conservatory with a piano concerto, which she conducted herself. She was able to secure a French government scholarship, and after her move to Paris she studied conducting with Charles Munch and composition with Bohuslav Martinů. The compositions she wrote in Paris showed every sign that she was on the verge of becoming a major musical figure in the 20th century. Her works reveal “a mature mastery of contemporary musical language as she mingles a concise polytonality with her own melancholy melodic expression.” Kaprálová shared the limelight with Béla Bartók, Alban Berg, Benjamin Britten, Aaron Copland, and Paul Hindemith at the International Society of Contemporary Music Festival in 1938. Her Military Sinfonietta actually was chosen to open the festival, and she quickly received international critical acclaim. Two months after her marriage to Jiří Mucha, the son of the Art Nouveau artist Alphonse Mucha, Kaprálová died after a brief illness on 16 June 1940.

Despite her death at 25, she left behind “a remarkable array of more than 50 works of virtually every genre. Almost all of them are of the highest craftsmanship and inspiration.” Her Military Sinfonietta serves as an important testament to the anxieties of the times, and it sparkles with colorful orchestration, fine craftsmanship, passion and great musical sensitivity. The composer described the work as “using the language of music to express the emotional relationship toward the questions of national existence… The composition does not represent a battle cry, but it depicts the psychological need to defend that which is most sacred to the nation.” Kaprálová’s life has inspired two Czech language monographs and two novels, and her compositions—ranging from art songs to orchestral cantatas—must become part of the musical mainstream. 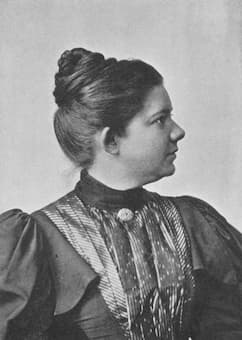 Amy Beach (1867-1944) was the first American woman to succeed as a composer of large-scale art music. An exceptional musical prodigy, “she could sing 40 tunes accurately at the age of one; before the age of two she improvised alto lines against her mother’s soprano melodies; at three she taught herself to read; and at four she mentally composed her first piano pieces and later played them, and could play by ear whatever music she heard, including hymns in four-part harmony.” She gave her successful debut in Boston on 24 October 1883 playing the E-flat Rondo by Chopin and the G-minor Concerto by Moscheles. In terms of composition, she was essentially self-taught and started publishing her works in the mid 1880s. Her early works show a remarkable sensitivity to the relationships between music and text, and song is always at the core of her style. Beach had no problems mastering extended musical forms, including her “Gaelic Symphony” premiered by the Boston Symphony Orchestra in 1896. Her colleague George Whitefield Chadwick famously wrote to her after the premiere, “I always feel a thrill of pride myself whenever I hear a fine new work by any one of us, and as such you will have to be counted in, whether you will or not—one of the boys.” It was the first symphony composed and published by an American woman, and Beach became one of the most respected and acclaimed American composers of her era. She published well over 300 works during her lifetime and included almost every genre. It is inconceivable and shameful that we don’t hear her music with greater regularity. 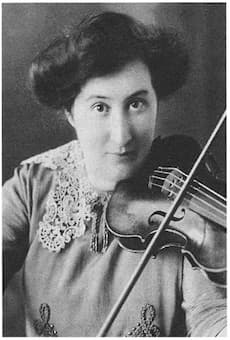 The Irish violinist, music educator and composer Mary Dickenson-Auner (1880-1965) initially took violin lessons with Samuel Coleridge Taylor, and she continued her education at the Royal Academy of Music in London. During her career as a professional violinist, she performed the world premiere of Béla Bartók’s Violin Sonata No. 1. A critic wrote, “To Mrs. Dickenson-Auner also fell the distinction of being chosen by Béla Bartók for the first performance anywhere of his new Violin Sonata, which is still in manuscript. This composition, which has since been performed in London as well, created a deep impression here by virtue of its strongly personal and national touches. An equal share of admiration fell to the lot of Mrs. Dickenson-Auner and to her partner, Eduard Steuermann, a Viennese pianist from the Schoenberg group, who, in their interpretation of this piece, displayed remarkable technical resources and admirable interpretative powers.” In addition, Dickenson-Auner joined Arnold Schoenberg’s private music performance group and gave concerts under his direction. During the tumultuous times of WWII, she turned towards composition and published her early works under the pseudonym Frank Donnell. In all, Auner wrote six symphonies, four operas, two oratorios and numerous songs and chamber music works. Her compositions combine her love for Johann Sebastian Bach with the 12-tone music of Schoenberg. Auner found her musical inspiration in Irish folk tunes of her early years, tellingly calling the resulting compositions “Celtic Impressionism.” 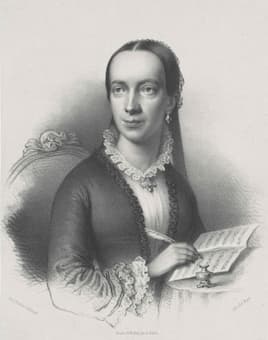 Emilie Mayer (1812–1883) is not a household name. However, she was an extraordinary figure in the social and musical history of her era, “and one of the very first women composers to make a profession of her proclivity for creative work; Emilie Mayer saw herself primarily as a composer.” A biographer wrote, “Her financial independence was a prerequisite that allowed her to escape gender-specific social conventions and lead the life of a freelance composer.” Born in a small town in the Duchy of Mecklenburg-Strelitz, Mayer revealed her musical talent early on and composed waltzes and sets of variations. Relocating to Stettin, Mayer auditioned Carl Loewe for compositions lessons, and he attested to her “God-given talents.” She started to compose in earnest, and the local Orchestral Society performed her first two symphonies. Mayer relocated to Berlin and became a professional composer. The public response to her works was thoroughly positive, “but equally thoroughly pervaded by a gender-specific caveat summarized by a critic for the Neue Berliner Musikzeitung… That still other abilities and a more elevated intellect are necessary in order to probe the deepest mysteries of art need hardly be stated. That which female powers – powers of a second order – are capable of attaining, Emilie Mayer has achieved and brought to expression.” Undeterred, she continued to organize concerts of her music, but the great Berlin and Leipzig publishing houses were not interested to issue her orchestral works. As such, Mayer shifted her focus to string quartets, duo sonatas and character pieces and sometimes financed the publication herself. One of the first professional female composers, Emilie Mayer primarily composed instrumental music, and that includes eight symphonies. That such an exceptional pioneer of the arts should have been summarily dismissed and forgotten is an indelible stain on the way we record and remember history. 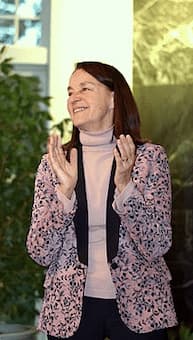 Libby Larsen is one of America’s most-performed living composers. Her catalog contains more than 400 works spanning virtually every genre from intimate vocal and chamber music to massive orchestral works and more than 15 operas. Her music has been praised for its dynamic, deeply inspired, and vigorous contemporary American spirit. Grammy Award winning and widely recorded, including over fifty CD’s of her work, she is constantly sought after for commissions and premieres by major artists, ensembles, and orchestras around the world, and has established a permanent place for her works in the concert repertory. During the early stages of her career, Larsen was determined to work independently. Rather than working in academia, she enjoys the collaborative process of working with performers, and believes “that her works are only complete when performed for an audience.” For Larsen, the process of composition is not an isolated intellectual activity. “I view composition as a generative activity,” she explains, “that I approach by living fully in the world and bringing whatever insight I have about the world I live into my music. In that way I can’t separate myself from my music, nor do I separate myself from society. I don’t expect that society would have to come to my music; since I’m part of society, my music should be immediately part of that society.” Larsen is greatly influenced by the rhythms and pitches of spoken American English, and she describes composition as “placing sounds in order in time and space.” Contrasting styles of music represent different segments of the community, “and rhythmic vitality and a wide palette of tonal colors, which may include electronically generated or amplified sounds,” are trademarks of Larsen’s style. She considers all types of music “from choral and orchestral to boogie woogie, jazz, and rock and roll, to be different combinations of pitch and rhythm that reflect contemporary culture.” Larsen continues to share her thoughts on music and the arts in keynote addresses throughout the United States. 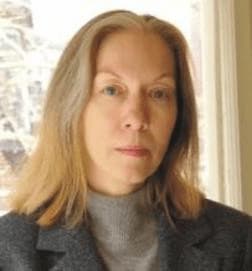 The composer and musicologist Alla Pavlova started her musical career in Moscow. After spending some time in Sofia, she moved to New York. Pavlova has special interest in writing music for film, theater, dance, and children. The orchestra seems to be her preferred medium, and she has 11 symphonies to her name. However, a number of her instrumental and vocal works have also been performed in the United States, Europe, and Canada. Her 2nd Symphony “For the New Millennium” was composed in 1997 and subsequently revised. The composer writes, “The idea of the symphony is of man and his relation to the Universe on the threshold of the new millennium. The first movement and finale express man’s subjective perception of he Universe, and this is why violin solos play an important role in these movements. The second and third movements picture the Universe, with its forces of Light and Darkness, which are always in opposition to each other, but at the same time complement each other… The essence of the symphony in its entirety is the necessity of human striving toward Light and Love, no matter how tragic the reality may be.”