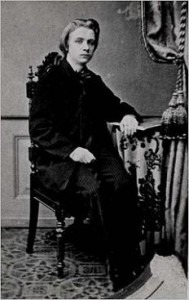 Throughout his illustrious career as a pianist and composer, Edvard Grieg extensively drew inspiration from the musical sources of his native Norway. He ardently nurtured a passionate faith in the possibility of developing a distinctively Norwegian musical style. Above all, his involvement with folk music had a significant effect on his harmonic imagination and fostered radical advances of his harmonic language. These advances are most prominently highlighted in three sets of piano arrangements, starting with the 25 Norwegian Folk Songs and Dances, published in 1869.

Edvard Grieg: 25 Norwegian Folk Songs and Dances, Op. 17 (Excerpts)
However, Grieg’s encounter with Norwegian folk music soon led to the assumption that he was merely a simple arranger. These accusations deeply wounded the composer and he wrote, “In my Op. 17 and 66, I have arranged folk-songs for the piano, in Op. 30 I have freely rendered folk ballads for the male voice. In three or four of my remaining works, I have attempted to use Norwegian songs thematically. As such, I should be allowed to say that nothing is more incorrect than the claim from certain German critics that my so-called originality is limited to my borrowing from folk music. It is quite another thing if a nationalistic spirit, which has been expressed through folk music since ancient times, hovers over my original creative works.” In his Opus 17, Grieg does take over the folk tune melodies practically note by note. However, what makes this a fascinating collection, nevertheless, is the harmonic foundation supplied by the composer. Grieg writes, “The realm of harmony was always my dream world. I probably have put on paper some horrible chord combinations. To defend myself, however, I will say that they have not arisen from the piano but in my head.” In essence, Grieg is turning these folk songs into character pieces that capture the essence of his nationalist imagination.