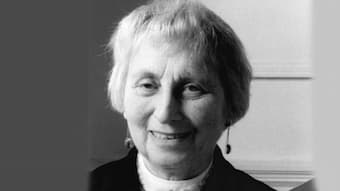 British composer Minna Keal (1909-1999) was born Minnie Nirenstein of Russian Jewish parents. By the age of 12 she had already begun composing and subsequently she was offered a scholarship to study at the Royal Academy of Music. When in 1926 Keal’s father passed away, her composing had to be curtailed. Her family needed Keal to work for the family business, a small Hebrew bookshop and publishing company. Initially, she tried to juggle going to music school two days a week while working, but the shy young student, despite successes with her compositions, didn’t fit in. Keal left school at the age of 19 and by age 21 she married. 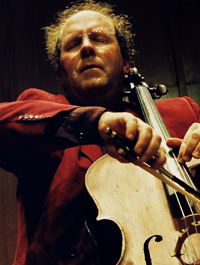 Principled and uncompromising, with the worsening political situation in Europe in the 1930s, Keal became active in left-wing causes and, upon the invasion of Poland in 1939, she dedicated herself to Socialism. She and her husband Barnet Samuel, a lawyer, helped transport and save 200 Jewish children from Nazi Germany. During the war, Keal worked at an aircraft factory. Eventually Keal’s Communist leanings broke up her marriage. Struggling to raise her son alone, the 1957 invasion of Hungary left her disillusioned, and she left the Communist party.

Tentatively she explored resuming her piano teaching while she worked a tedious office job. After her retirement Keal’s son surprised his mother with a gift certificate for music lessons. The 40-year hiatus didn’t stop her. A flurry of compositions followed—a string quartet, a wind quintet, other chamber music, and a symphony. Her foremost successes include the performance of her symphony at the BBC PROMS in 1989, which received a standing ovation. She was 80 years old at the time!


Ballade, one of her early works from 1929 is nimbly delicate, sublime and tender—a ten-minute work, which fades away with a very high harmonic note— a gorgeous opening to a recital.

Her cello concerto from 1994 is much different in style—decidedly contemporary. Her only commissioned work, for the cellist Alexander Baillie, it took her six years to write. The three-movement piece, based on a 12-tone row is bookended by two longer, slow movements with a short and angular allegro in the middle. Full of double notes, several short cadenzas show the cello off.


The meditative Adagio finale, the longest movement, has romantic touches. The orchestration is thick with varied percussion instruments, brass, harp, and full strings and winds, but her use of poignant and imaginative solo cadenzas allows the cello to resonate freely. Keal takes full advantage of the deepest and melancholy qualities of the cello. The vehemence of the final cadenza ends with nine fortissimo octave strikes leaving us in a state of suspension. Keal was actively composing until her final days. 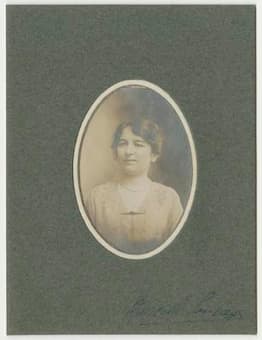 Marcelle Soulage (1894-1970) was born in Peru of French parents and grew up in Paris. Soulage began her piano studies at the age of five and soon entered the famed Paris Conservatoire studying with, among other composers of the day, the world-renown pedagogue and musician Nadia Boulanger who we feature in the first article of this series.

Despite the difficulties of being a woman composer at the time she composed her lovely Cello Sonata in F# Minor, winning the Prix des Amis de la Musique in 1920, and several other sonatas, keyboard works, an award-winning Suite for Violin, Viola, and Piano, chamber music, orchestral works, choral works, and songs. A composer, pianist, and music critic, she also wrote several books on music theory and pedagogy. 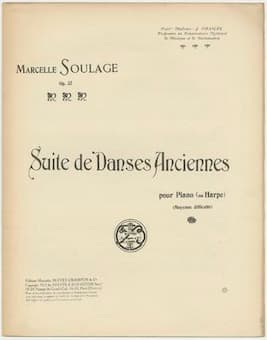 The sonata begins with an energetic Allegro. The second movement Nocturne is simple yet dreamy and wistful and the finale Allegro Vivo opens with a compelling piano part accompanied by pizzicato in the cello. It is a driving, mysterious movement interspersed with several moments of repose and colorful Debussy and blues-y-like harmonies. In 1919 Paris, jazz recordings were emerging on the Pathé label and although little information remains, it is safe to say that jazz was known at the time and influenced composers. Her sonata ends in a flourish of fast and high passagework. In later life, she became recognized as professor of music theory at the Conservatoire de Paris from 1949–1965.

Vítĕzslava Kaprálová (1915 -1940) an important Czech composer, was born in Brno. Her father, composer Vaclav Kapral, could not help noticing the musicality of his prodigy daughter and he encouraged Kaprálová. She studied composing and conducting first at the Brno Conservatory then at the Prague Conservatory and she had a close relationship with composer Bohuslav Martinů who became her teacher, lover, and soulmate. By 1937 she conducted the Czech Philharmonic and a year later the BBC Orchestra in her Military Sinfonietta, her best-known work. Although Kaprálová was with us such a short time her compositions include music for solo piano, two piano concertos, works for cello, a string quartet, chamber music with winds, two choruses, beautiful art songs, and orchestral works. Upon the invasion of Prague by the Germans in 1939 she turned her heartbreak into music with her Concertino for Violin, Clarinet, and Orchestra her final work. Following her death interest in her works diminished to almost nothing. Eventually, Kaprálová’s life inspired several books in multiple languages as well as a feature on the BBC. The establishment of The Kaprálová Society, in 1998 promotes interest in Kaprálová and in other women composers.


The two ritournelles Op. 25 were composed in Paris in 1940 and were scheduled to be premiered in May. The concert had to be cancelled due to the intervention of the war. Fortunately, the pianist for the program Hermann Grab was able to save one of the pieces when he fled France.

The piece is vigorous, full of powerful rhythms, and one can hear the influence of Czech folk melodies. Some of this short piece reminds me of Stravinsky. Since the second cello ritournello was lost, I’d love for you to hear the lento movement of the String Quartet Op. 8, which opens with a gorgeous cello solo. The excellent string writing and lovely lyricism is breathtaking. Her piano sonata Op. 6 is a wonderful example of her bold, dramatic, and powerful writing.


We continue the series in part V with more music by women composers!