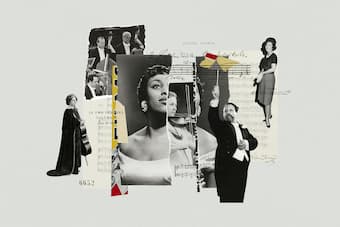 I review classical music and jazz concerts. My editor says you are not a critic, do not critique the music or the performance. While sometimes I come close to critiquing the music; I hold back. But other times, there’s an urge to pull a piece of music apart and suggest that, hey, maybe this could have been done or I’d say that this will work better, that’s the composer in me.

There is some talk about how too much dissection can ruin a work of art. I agree that overly analysed works of art can take the enjoyment away from what they provide.

One of the odd things about being a concert reviewer is that most times, I fail to enjoy the music for what it is when I’m reviewing. I’m too focused on how to write about it, the audience reactions and the player’s efforts. Then, I miss the full experience of the sounds and the quality of the piece.

As a composer, my main priority is for people to enjoy my music. I spend vast hours just listening to and enjoying music, especially by little known composers. But it is so hard to find them. English composer George Sainton Kaye Butterworth (1885-1916) is not regularly heard today. He created what I call sound paintings. Butterworth’s The Banks of Green Willow is perhaps his most known piece. I class this as enjoyable music. It sounds plaintive and dreamy, and it tells an aural story.

Butterworth’s Two English Idylls are in a similar vein as his Green Willow. I also find the music of Albert William Ketèlbey (1875-1959) highly enjoyable, in fact, I love his works. In this edited version of his Bells across the Meadows, you might hear similarities to Butterworth’s music. Or perhaps it’s the other way around.

Albert Ketelbey: Bells across the Meadows

Some people critique and class this music as light classical. Light classical is said to be a “less-serious form of traditional Western classical music”, and it rarely gets played. The music of Australian composer Percy Grainger (1882-1961) is sometimes placed in the same category of light music. Grainger’s Country Gardens is perhaps his most popular piece. Is this not enjoyable? Most of his music is very different to this work though. 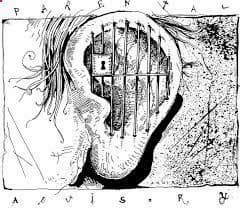 I hear so much talk about today’s pop music being void of content and meaning. Usually, that’s stated in comparison to the pop music of the 1960s and the 1970s, from people of that time. Surely no one can expect music to remain the same across decades and centuries, but quite a few do. I’m not sure where this type of thinking gets any of us.

I do not write my music in the style that most contemporary composers write. This is the first movement of my String Concerto No. 4. If you listen to contemporary classical music, you will know that it is clearly unlike the music of almost every living composer. When I say let people enjoy music, I say equally, let people create the music they want.

Unfortunately, the reply I get from groups and orchestras that might potentially play my music is, cool, create what you want, just don’t expect us to perform it if it doesn’t fit into today’s style. They are not saying it is bad music, they are saying it’s not for their audiences: they are gagging it.

There is way too much censoring of music today. Censorship in classical music is rife across the world. Music is censored because it is not popular, or it does not fit the made-up restrictive categories that some music programmers or conductors apply to certain composers and particular styles of music.

We seldom hear the Dutch composer Henriëtte Bosmans today. She has written many major works. Once, she was quite popular. Her glorious Poème for Cello and Orchestra is a yearning, awe-inspiring piece of music. Outside her home country, she is rarely heard anymore. I could name another 1000 composers whose works are almost never performed. Most of them are women; they get censored because they are women.

The same goes for my favourite Australian composer, Margaret Sutherland. Her Haunted Hills is a towering work. Margaret Sutherland has been called the mother of Australian music and even its matriarch. I’d just call her a damn good composer. But we seldom hear her music played anywhere. While there is a slight revival of her music happening now, Sutherland’s quality music is way underrepresented across every medium in Australia and beyond.


Let people enjoy music no matter who has written it or whatever style it is. No one has the right to censor music, but they still do. You and I are missing out on experiencing the sounds of our generation. We are also deprived of certain music of the past that is just as good as any of the popular music performed in concert halls and heard on the radio. Let people enjoy music—all music.