Playlists
Piano Music in the Key of C
by Frances Wilson April 22nd, 2021 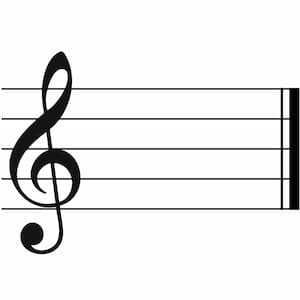 The key of C major. It’s the beginner’s key signature and usually the first scale that early piano students learn. (In fact, Chopin considered it the most difficult scale to play and instead liked to begin his students with the B major scale in the right hand, in order to more naturally introduce the passing of the thumb under the other fingers and to help students develop a more fluid finger and hand position.)

The earliest, easiest piano pieces a student may encounter are usually written in the key of C, because this key contains no daunting black notes to confound mind or fingers.

Each musical key has distinctive characteristics and C major is generally associated with childlike innocence, naivety and happiness. Music written in C major tends to be positive and uplifting – but while it may suggest simplicity, not all pieces in C major are simple, and often present a wide range of characters and emotions, as these examples demonstrate. And as the piano’s range developed, so did the music written for it, with increasing invention and sophistication.

The most famous of all of Bach’s Preludes, the Prelude in C is built on a sequence of broken chords which modulate through various keys, creating a remarkable processional quality to the music as it approaches its final climactic episode, ending most emphatically in C major. 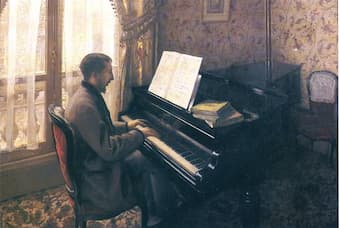 In the first of his Opus 10 Etudes, Chopin pays homage to Bach, whom he revered. He takes the same C major triad that Bach uses in his Prelude, but instead of distributing it between the two hands, the complete motif is performed by the right hand only, while the left hand underpins the harmonic structure of the piece. Majestic in character, the work shares the same processional quality as Bach’s Prelude. Vladimir Horowitz refused to perform this étude in public, declaring it “the most difficult one of all” [of Chopin’s études].

Mozart described this sonata as “for beginners” and it has the nickname ‘Sonata Facile’ or ‘easy sonata’. One of Mozart’s most popular piano sonatas, it confirms the pianist Artur Schnabel’s assertion that Mozart’s music is “too easy for children, too hard for artists”, and requires a certain amount of technical prowess to perform it convincingly (for example, Mozart employs an Alberti Bass in the first and second movements). Its first movement has an infectious, innocent joyfulness; its slow movement is an elegant serenade with a gently melancholic middle section; while the finale is a lively rondo. Mozart composed three other piano sonatas in C major, but the K. 545 remains his most popular and well-known.

Composed during Haydn’s second visit to London in 1795, this sonata was written both for Therese Jansen, a brilliant English pianist, and also for one of the larger English pianos of the day. Haydn fully exploited the ‘extra notes’ (an extended keyboard) and greater range of sonorities that these English instruments offered, and he was so impressed that he took one back to Vienna with him. In the first movement of the C major sonata he includes the instruction ‘open pedal’, a direction which exists nowhere else in his piano literature, and which is intended to create a mysterious wash of sound in these passages.

The opening movement is full of driving momentum, built from the bare staccato theme from the opening. The middle movement is an operatic Adagio, while the finale is an extrovert Allegro, full of stops and starts and witty false cadences.

Jumping from the end of the eighteenth century to the close of the nineteenth century, in this Moment Musical by Rachmaninoff it is clear that the piano has undergone significant development since Haydn’s day. The instrument for which Rachmaninoff was writing was very similar to the modern piano, and this concert piece uses the entire range of dynamics and sonorities available. It places great technical demands on the player with a challenging chordal melody in both hands, and a dynamic palette that is mostly “loud” and “very loud”. Although stormy and agitated, the piece is nonetheless light-hearted in mood.

Janáček: Good Night from ‘On An Overgrown Path’

In complete contrast, this piano miniature by Leoš Janáček, composed at the start of the 20th century, is intimate and wistful with its yearning, naïve melody and repeated flickering motif.


Some other works in the key of C to explore: