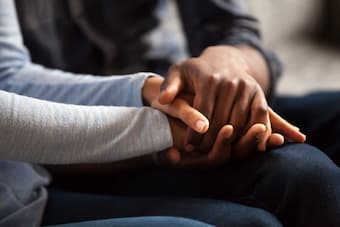 Not just in times of lockdown or isolation, music is the invention that comforts us.

During this pandemic, I have had ample time to discover new music that helps me to relax. I’ve found that it is early music that offers the most solace. Brillon de Jouy may not be a household name, but her music is bright and enjoyable. It’s just the remedy for chasing away those house-bound blues. Have a listen to the Allégro con motto from her Piano Sonata in A minor.

Music as consolation is much safer than alcohol or drugs and, in some cases, other people. Being locked down with someone who does not really “get you”, will be an issue. But together, with a person who shares and supports you and your love of music, this will be a blessing.

Johann George Pisendel is another under the radar composer. This German music maker from the 1600s writes stately music. For years he led the Court Orchestra in Dresden. That must have attributed to the nature of some of the music he wrote. You can hear how refined, even, and majestic his music is in Imitation des Caractères de la Danse.

The Italian composer Alessandro Stradella, again from the 1600s, is perhaps better known than Pisendel, but his music is not stately, maybe religious, but pleasantly soothing and easy listening. From one of his Cantatas, listen to this countertenor relate the beauty Stradella was trying to get across in his O vos omnes.

For another composer of the 1600s, but this time French, Joseph Bodin De Boismortier who created his wealth through publishing his music, is well known in the recorder music world. When you hear the allegro from his Concerto Op. 15, No. III, you will understand why he is on the hit list for recorder groups around the world.

Antonia Bembo, again from the 1600s, she was an Italian composer and singer. This piece, L’Ercole amante about The Lover Hercules, is a strongly accented work that has the tenor forcefully announcing his lyrics, I assume to imitate the strength of Hercules. This is perhaps uncharacteristic of the more sedate styles found in many Baroque pieces. Yet it is a beauty.

Music as consolation is best when it does console you and not arouse you. Fortunately, Baroque music works best for times when consolation is needed. Most of the time, the Baroque style is plaintive and calming, defying what is said to be highly ornamented and excitable music. The one melody line that is common for this style has a lot to do with not taxing the ear or the mind so much. Unlike the more polyphonic works of later periods that has “many sounds”, Baroque music will help you find yourself in among the music.

Beautiful relaxing Baroque music can also be found outside Europe. Tanbûrî Mustafa Çavuş, (1700-1770), known for his art music, was a Turkish composer who created during the Baroque period. His music is especially good for finding consolation in yourself. His Hisar Buselik Sarki, is calming, yet stirring. Even if you don’t know the language, you can hear the meaning in the music.

Catalan Baroque music with its Moorish influence stands out as music of passion. Song of the Birds is a traditional Catalonian Christmas song and lullaby. It has that sound of solace and support.

Joan Cererols (1618-1680) who was a Catalan musician and Benedictine monk, wrote Serafin, which is about the Star of Bethlehem. This is another calming piece to help you isolate.


This ongoing pandemic can get the best of the hardiest people. Having the internal resources to get you through this thing might require all your mental strength. Music can be not just the catalyst but also the vaccine that cures the emotional trouble that could arise from not being able to do what we have done all our lives. Simple things like going for a walk or to a concert are out for many people. With things getting worse in countries across the world, music may be the only resource you have to help wash away these troubled times.

The piece that consoles me a lot is not from the baroque period, but it does have that calming sensibility. The Australian composer Ross Edwards is well known for his eclectic and ethereal music. His piece Yanada, hits the spot to help remove these isolation blues.