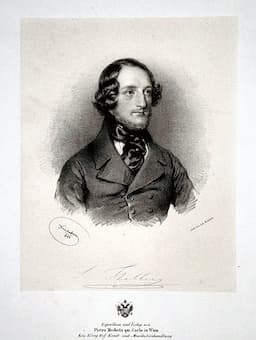 In the preface to his L’art du chant appliqué au piano, the distinguished virtuoso pianist and composer Sigismond Thalberg (1812-1871) states that he took voice lessons from a famous singer in his youth. That famous singer turned out to be none other than the great Italian bass Luigi Lablache (1794-1858). Born in Naples, Lablache initially possessed a beautiful contralto voice. Performing in Turin, Milan, Venice and Vienna, he was called upon to sing the solos in Mozart’s Requiem on the occasion of Joseph Haydn’s death in 1809. Once his voice broke, he developed a magnificent bass, which gradually increase in volume and range. 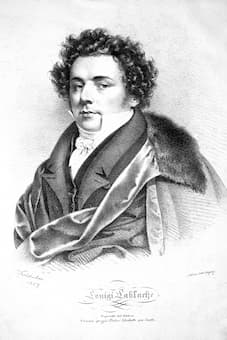 Lablache was described as a physically imposing man, “his voice was at all times extraordinarily powerful, but he could also produce comic, humorous, tender, and sorrowful effect with equal ease and mastery.” Luigi Lablache was a superstar, and Franz Schubert wrote three Italian songs for him. Lablache was also one of the torchbearers at Beethoven’s funeral, and he performed as a soloist in Mozart’s Requiem and at the funerals of both Chopin and Bellini. He held the position of first bass at the Théâtre-Italien in Paris, and he would gladly have offered vocal lessons to one of the most prominent pianists in the city. 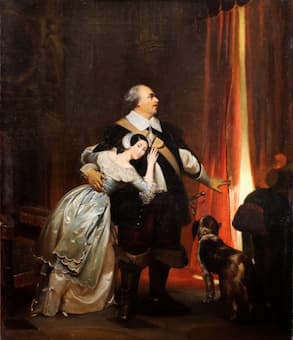 Giulia Grisi and Luigi Lablache in Bellini’s I puritani

Luigi Lablache had married the singer Teresa Pinotti in 1813, and the couple had thirteen children. His eldest daughter Francesca was born in Palermo on 3 December 1816, and she was commonly known under her nickname “Cecchina.” She grew into a tall, slim Italian beauty and “enjoyed a flaming reputation as a beautiful and wild dancer and singer, always known in the theatrical world for her impetuous and fantastic character.” 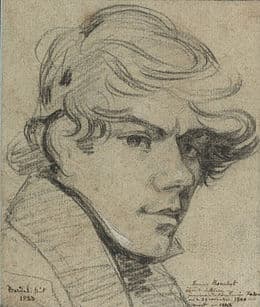 Cecchina married the painter and engraver François Bouchot (1800–1842), a famed artist of the Romantic school. Bouchot was particularly well known for painting portraits, and all the important opera singers and personalities of the day sat for him. That included Malibran, Grisi, and Balzac, and also Luigi Lablache and his wife and daughters. Bouchot regularly exhibited at his Salon from 1824 until his premature death in 1842. Wanting to get away from Paris and spend some time with her lover, the German painter Henri Lehmann, the soon to be widow Cecchina Bouchot traveled to the Italian seaside at Civitavecchia. 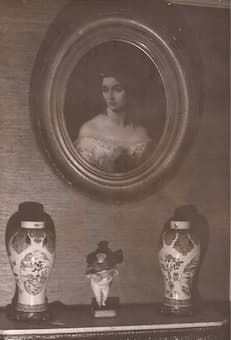 Cecchina Bouchot quickly attracted the attention of the French consul Henry Beyle. Beyle was widely known as the famous author Stendahl, and he certainly had a healthy appetite for romantic adventures. Stendahl had possibly met Cecchina previously in Florence, and a biographer wrote, “Stendahl was surprised and pleased to behold the delightful chanteuse La Cecchina on stage… She was a dark and passionate beauty and Stendahl called on her several times.” 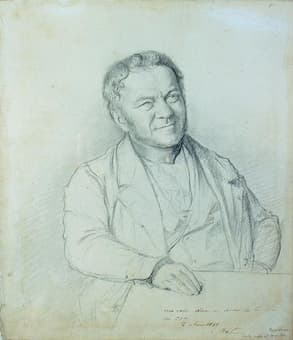 There were rumors that they spent a night at the Hotel de la Porta Rossa together. In the event, Henri Lehmann arrived at Civitavecchia and drew a pencil sketch of the dying Stendahl, the last portrait made of him. Cecchina must have been personally acquainted with Sigismond Thalberg, who after his duel with Franz Liszt gained superstar status. In the event, following her Italian interlude Cecchina and Sigismondo fell in love and they married at the church of St. James in Piccadilly, London, on 22 July 1843. Luigi Lablache gave away the blushing bride. The couple spent their first winter together in Italy, with Thalberg performing a series of concerts. 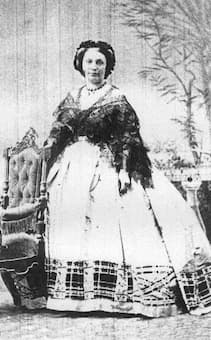 Since Thalberg was one of the most sought-after performers he busily traversed Europe, playing recitals in Paris, London, Vienna and various locations in between. As far as is known, Cecchina did not accompany her husband on his concert tours, instead spending a good bit of time on her own. However, Cecchina quickly follow her husband to America, as there had been reports that Thalberg had an extra-marital affair. Just as quickly as she had arrived, Cecchina departed for Europe again, presumably because her father had fallen ill. There still seems to be a good deal of discussion whether Sigismond and Cecchina had a daughter, born in 1858. In all probability, Zare Thalberg, who made her singing debut at Covent Garden in 1875, had been one of Sigismond’s students. On that occasion she was first misidentified as his daughter. When it came time to retire, the couple first moved to her father’s house in Posillipo, near Naples. They subsequently moved into the city and took quarters close to the San Carlo opera, as there was talk of Thalberg becoming a professor at the Naples conservatory. These plans did not materialize and Thalberg died in the midst of cultivating his vineyard in April 1871. His wife built a mausoleum to house his remains. Constructed close to the graves of Mercandante and Donizetti, Thalberg’s body was embalmed and placed in a glass coffin. The coffin was wrapped in an ermine cape, a special gift from the Tsar of Russia. Within days of the interment, however, the glass coffin had been unearthed and the cape stolen. Thalberg became the victim of a second despicable grave robbery in 2017, when the glass coffin was smashed to pieces.