Artists Behind the scenes
The Sorcerer’s Apprentice
“I really should be practicing”
Vladimir Horowitz and Gary Graffman
by Georg Predota August 15th, 2017 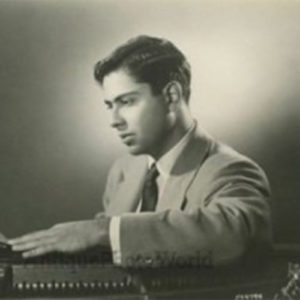 The exceptional pianist and educator Gary Graffman started his musical education at the tender age of 3! Initially, however, he did not play the piano but took violin lessons from his father Vladimir Graffman. Vladimir was a student of Leopold Auer, one of the greatest violin teachers in St. Petersburg, and he was in the same class with Jascha Heifetz, Mischa Elman and Efrem Zimbalist. Yet by the time Gary reached his 4th birthday, his father decided that he had no talent whatsoever, and decided that his son should study an easier instrument! According to Gary, “that’s what string players say about the piano all the time.” As it turns out, the piano really was to Gary’s liking, and by the time he was seven, he auditioned and got accepted at the Curtis Institute. For ten years he took lessons with Isabelle Vengerova, herself a student of legendary Theodore Leschetizky. “For Vengerova,” Gary recalls, “everything started with sound. In the so-called Russian method you could play a single note and it could be interpreted as banging. It would start with a raised eyebrow, and then she’d start screaming and yelling in Russian, French and English! For her, sound, sound, sound, was number-one. Of course, everything else had to be there too!” 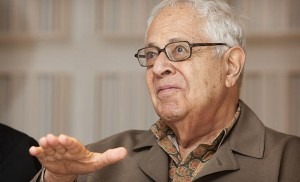 Vengerova arranged for Graffmann to play for Vladimir Horowitz, and he worked with him for a number of years. “I played for Horowitz almost every week for a year, so about 45 times, and then at least once per month for three years after that.” By that time, Gary was in his early 20s, was giving concerts, winning competitions and making recordings. Horowitz was not an authoritarian teacher, but criticized Graffman on the basis of what he thought Graffman was trying to do, and not necessarily the way he would have played it himself. 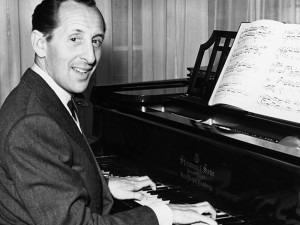 Horowitz fostered individuality in his students, avoiding the pitfall of sameness in sound as a result of rigid teaching formulas. Gary remembers, “He taught me that each student plays with a unique, distinctive and recognizable expression, and that is what I try to pass on to my students as well.” In 1979, Gary suffered an affliction to his right hand known as focal dystonia, which became a game changer in his pianist life. He focused on performing classical repertory written for the left hand, and became the head of Curtis, thereby establishing one of the greatest legacies as mentor to the next generation of pianists.