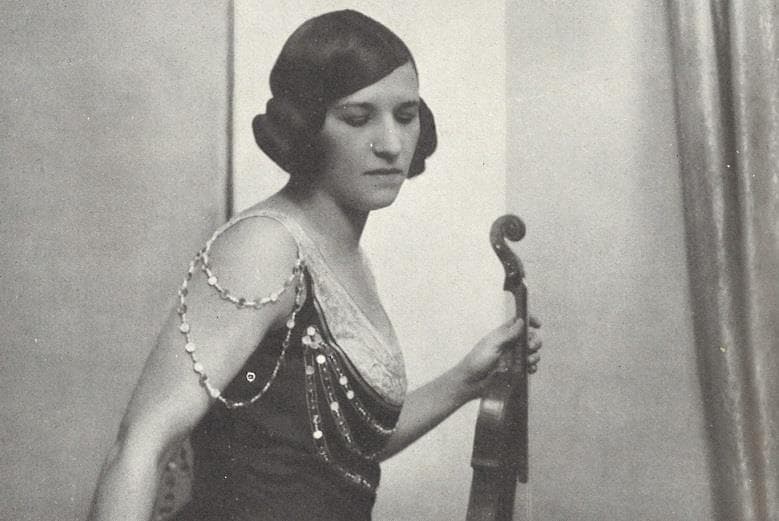 She was the great-niece of the influential violin virtuoso Joseph Joachim and had a decidedly psychic disposition! Her exotic and colorful name was Jelly d’Aranyi, and during a séance in 1933, Robert Schumann told her to premiere his “long-lost” violin concerto. She did perform the London premiere of the piece, but a critic suggested, “of this dismal fiasco, the less said the better.” Although she was said to be an excellent interpreter and able performer, it was her Hungarian heritage that fired the imagination of various composers. She performed sonata recitals with Béla Bartók, who dedicated his two sonatas for violin and piano to her. Ralph Vaughan Williams dedicated his Concerto Academico to Jelly, as did Gustav Holst with his Double Concerto for Two Violins. She even had a String Quartet named after her! But probably the most important and certainly most famous composition inspired by Jelly was Maurice Ravel’s Tzigane.

In 1922, and at the height of his career, Maurice Ravel met Jelly d’Aranyi in London. The occasion was a private concert where she and Hans Kindler performed Ravel’s Duo sonate. According to some members of the audience, immediately following the concert Ravel persuaded d’Aranyi to play gypsy melodies for him well into the early hours of the morning. And apparently, it was d’Aranyi’s playing that evening that inspired Ravel’s Tzigane. At any rate, he promised to compose a concert piece for her, and wrote “you have inspired me to write a short piece of diabolical difficulty, conjuring up the Hungary of my dreams. Since it will be for violin, why don’t I call it Tzigane?” Upon his return to Paris three days later, Ravel quickly ordered the scores for the Hungarian Rhapsodies of Liszt, and the Paganini Caprices. In addition, he consulted d’Aranyi in technical and performing-practice matters. “Can one do this glissando?” he asked. Hoping that Paganini might provide him some secret insights, he frantically wrote, “Come quickly with your instrument and the 24 Caprices of Paganini!” Ravel told d’Aranyi “this Tzigane must be a piece of great virtuosity. Certain passages can produce brilliant effects, provided that it is possible to perform them—which I’m not always sure of.” 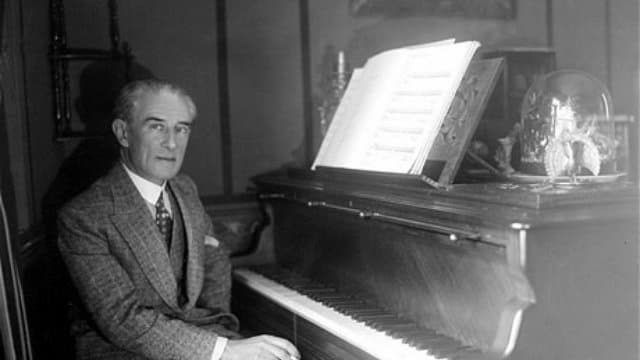 Over the next two years, Ravel frequently consulted with d’Arányi while the piece was in progress. However, she reportedly received the finished score only four days before giving the premiere in London on 26 April 1924. To enhance the gypsy flavor of the music, Ravel specified the use of a piano attachment called a luthéal, which made the piano sound like a Hungarian cimbalom or dulcimer. Ravel privately called the work a “showpiece à la hongroise” and remarked that he had no idea what Jelly was doing as she played the piece, “but he certainly liked it.”

With a work so deeply imbedded in Hungarian Gypsy folklore and music, observers aware of Ravel’s fondness for musical satire have frequently wondered if the work might not have been a parody. However, Ravel scholars assure us that the composer was sincere. “He has gone right to the origin of all good music, to the traditional tunes and feelings of the people who care nothing for artifice and convention.” Although Ravel never played the violin in his life, the score is idiomatically correct and he soon orchestrated the piano part for orchestra. Jelly d’Aranyi, alongside her highly talented violinist sister Adila Fachiri, was a larger-than-life personality and she inspired some of the greatest violin masterworks of the 20th century. However, her personal life was overshadowed by tragedy. She was in love with the Australian Olympic athlete, pianist, and composer Frederick Septimus Kelly, who was fatally wounded in World War I.