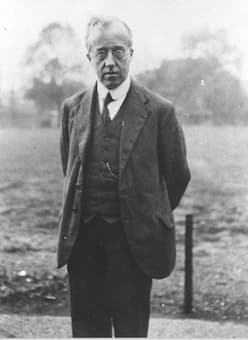 The English composer Gustav Holst was born in Cheltenham on 21 September 1874. His father Adolph von Holst was an excellent pianist and organist, and he was musically active in his local community. He married his piano student Clara Lediard, who was also a talented singer. The couple had two children, Gustav and his younger brother Emil. Emil became a minor Hollywood film actor under the name Ernest Cossart, and Gustav rose to become a most prominent 20th-century English composer. Much of his reputation rests on the immense popularity of his orchestral work The Planets. This attempt to musically describe the character of the celestial planets made Holst immortal. 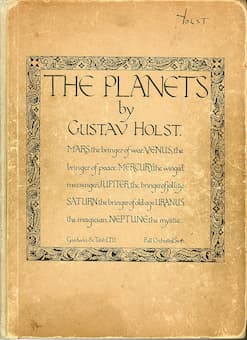 The work originated during a holiday in Majorca in the spring of 1913. Holst was drawn to mysticism, and his colleague Clifford Bax introduced him to astrology. The subject took hold in the composer’s imagination, and he eagerly studied the book “What is a horoscope?” by Alan Leo. This book describes the nature of people born under the sign of certain planets, thus ascribing individual planets with certain characteristics. Holst began to create an individual musical language for each planet, excluding Earth and Pluto, which hadn’t been discovered yet, and gave the seven movements of his composition the corresponding subtitles. 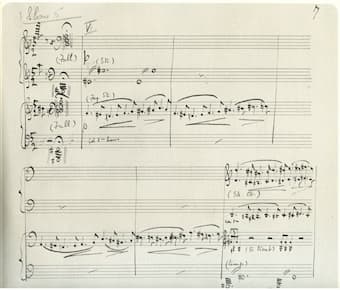 Holst initially scored the work for two pianos, four hands. “Neptune,” however was written for a single organ, as the sound of the piano was considered too percussive to portray a world as mysterious and distant. He subsequently scored the suite for full orchestra and wrote, “These pieces were suggested by the astrological significance of the planets. There is no program music in them, neither have they any connection with the deities of classical mythology bearing the same names. If any guide to the music is required, the subtitle of each piece will be found sufficient, especially if it used in a broad sense.” 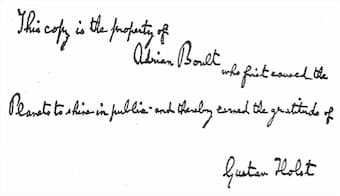 Holst’s inscription for The Planets

Holst drew on a number of musical influences. For one, he looked at the 19th-century English school and the compositions by Hubert Parry and Edward Elgar. In terms of formal construction, though probably not in content, he was also influenced by Schoenberg’s Fünf Orchesterstücke, (Five Pieces for Orchestra) which he heard in 1914. After all, the original tile of The Planets was “Seven Pieces for Large Orchestra.” Holst also encountered the music of Stravinsky for the first time in 1914, “and although the influence may not seem direct, Holst admitted its importance to him.” Scholars explained that “the work is referred to as a symphonic suite, but this is not appropriate: the music’s originality does not lie in a symphonic treatment of its subject matter, but in the diversity of form and spontaneity of invention which Holst employs in each movement.” 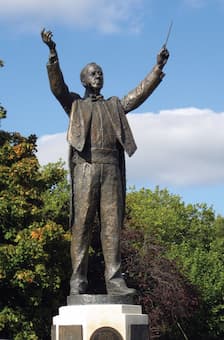 Critics have suggested that much of Holst’s musical personality is sounded in The Planets. Jupiter offers us a rare glimpse of Holst the extrovert, while characteristic heavy-handed humor emerges in Uranus. Saturn is a sad processional, “and Holst is at his most relaxed and lyrical in Venus.” Mars produces some harsh dissonance, “Mercury a quicksilver elusiveness, and Neptune evokes remoteness and mystery.” In the last movement Holst uses an offstage choir of women’s voices, “singing wordlessly to magical effect.” Holst sounds a torrent of soaring and spheric sounds that creates the impression of leaving the edges of the universe behind and vanishing into infinite space.


A private audience first heard the work at The Queen’s Hall in London on 29 September 1918, performed by the New Queen’s Hall Orchestra under the baton of Adrian Boult. The first public performance, omitting the “Venus” and “Neptune” movements took place on 22 November 1919 with the composer conducting. Finally, the London Symphony Orchestra under Albert Coates gave the first public performance of the complete work on 15 November 1920. Holst recorded the work twice, in 1922–3 and in 1926, both times with the LSO. He was one of the first composers in history to commit his music to record.


Holst had always wanted to be a simple composer, but the resounding success and popularity of The Planets changed all that dramatically. The composer was suddenly in great demand at various social functions and the press was haunting him for endless interviews and public appearances. Publishers kept asking for revisions of his earlier pieces, and he conducted numerous concerts of his works. Exhausted, Holst fell from the podium while conducting at the University of Reading in February of 1923. “Every artist ought to pray that he may not be a success,” he wrote. “If he is a failure he stands a good chance of concentrating upon the best work of which he is capable.”