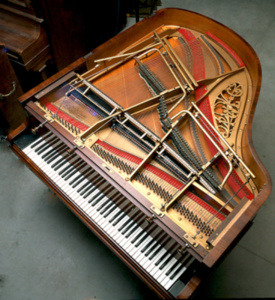 I am almost certain you have never heard of the Belgian inventor George Cloetens (1871-1949). In the category of quirky inventions, he is known for patenting a special dual-chamber syringe, and claiming a patent for printing advertisements on toilet paper! Believe it or not, for a very short period of time, Cloetens was actually quite famous in the musical world. The Belgian patent No. 278726, granted on 28 January 1919, describes a device that makes it possible to change the timbre of notes produced by a string instrument activated by a keyboard. Termed the “luthéal,” it is an iron mechanism that can be mounted in any modern grand piano. The pianist can change the timbre of the piano by means of four register knobs, applied to the bass and soprano registers, respectively. Exploiting string harmonics, the luthéal allows the piano to produce the sound of a harp or lute, and most amazingly, producing a cimbalom-like sound in some registers.

It was the cimbalom-like quality produced by the luthéal attachment that fascinated a number of famous composers. By the way, the cimbalom is a hammered dulcimer, essentially a rectangular box with metal strings stretched across the top. It is typically played by striking the strings with two beaters, and was extremely popular in Hungary and surrounding areas. Maurice Ravel became fascinated with the luthéal attachment during his work on his opera L’Enfant et les sortileges. But he really took note when the famous Hungarian violinist Jelly d’Arányi, great-niece of Joseph Joachim, approached Maurice Ravel for a composition for violin and piano. D’Arányi had given a private London performance of Ravel’s Sonata for violin and cello in the early 1920’s, and the composer was mightily impressed by her gypsy-inflected virtuosity. When Ravel completed Tzigane on 22 April 1924, the score included instructions for changing the register on the luthéal attachment. 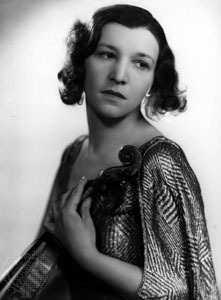 Reaction to the first Parisian performance in the Salle Gaveau on 15 October 1924 elicited varying opinions. One critic described the luthéal-equipped piano as “a hybrid instrument that is most reminiscent of a rattling music box,” while a delighted colleague wrote, “it is capable of producing the most varied, exquisite variations of sound.” Ravel once more used the luthéal in the premiere of L’Enfant et les sortileges in 1925, but the original luthéal was destroyed in a fire that also claimed the Salle Gaveau. Since the luthéal had rather sensitive mechanics that needed constant adjustments, it never really caught on and disappeared completely. By the end of the 20th century, reprints of the first edition of Tzigane still featured the reference to the luthéal, without anybody really knowing what that actually meant. 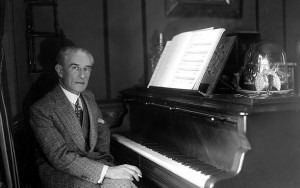 In the second half of the 1970’s, the Dutch violinist Theo Olof decided to find out what this luthéal might be all about. Eventually, research led him “to a pile of scrap that was rusting away somewhere in a cellar in the Instrument Museum at the Conservatory of Music in Brussels. In 600 hours of work, Olof and the piano technician Evert Snel restored the luthéal and the 1911 Pleyel piano it was mounted on. By April 1979 the instrument was ready to be played again, and it is the only remaining original luthéal in the world. A new instrument was commissioned in 1987 by the French government on the occasion of the 50th anniversary of Ravel’s death. Cloetens also invented a related instrument called the “orphéal,” which was capable of imitating the timbre of string instruments, wind instruments, the accordion and the church organ on the piano. The orphéal and luthéal could be combined to make a super piano, but the original orphéal at the Music Conservatory of Brussels has not yet been restored. I can’t tell you if Cloetens ever advertised both instruments on his patented toilet paper; that fact was probably flushed down the great whirlpool of history. However, the restoration of the orphéal surely remains a worthwhile challenge for any budding instrument maker.