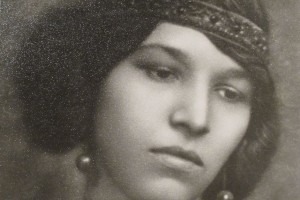 It all happened during the disastrous Gallipoli Campaign in World War I. With death and destruction all around, an Australian soldier sat in a trench and composed a violin sonata for a young woman far away. “He had a tiny little room the size of a bed, and he had a spot, tunneled into the side of a trench, to put his briefcase. It had a corrugated iron roof, and he was sitting there late at night with a candle writing his music.” The composer wrote to his love, “The sonata is all there in my head but not yet on paper. You must not expect shell and rifle fire in it! It is rather a contrast to all that, being somewhat idyllic.”

The young Australian soldier was Frederick Septimus Kelly, born in Sydney in 1881. After receiving his initial education at Sydney Grammar School he was sent to England and educated at Eton College. Awarded a musical scholarship at Oxford in 1899, he went to study with Ernest Walker at Balliol College. He soon established his musical credentials as a composer and pianist and performed with, amongst others, Pablo Casals. Concordantly, he was one of the best amateur rowers of the times, not only competing for Oxford but also winning the gold medal in the 1908 Olympics. His young love was none other than Jelly D’Aranyi, the Hungarian star violinist and grand- niece to Joseph Joachim. They met in 1909 when Jelly was merely 16 years old, and they soon began to perform together. Initially, Frederick thought of Jelly as his younger sister and “had very warm feelings towards her, but Jelly was totally smitten with him.” 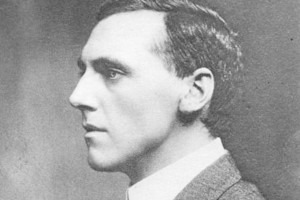 When war was declared in 1914, Kelly signed up with the British Royal Naval Division and was sent to Gallipoli. On his way into battle, on 22 April 1915, his close friend the poet Rupert Brooke became dangerously ill. He developed sepsis from an infected mosquito bit, and died on a French hospital ship. As the expeditionary force was ordered to depart immediately, Brooke was quickly buried on the island of Skyros. “No one could have wished for a quieter or a calmer end than in that lovely bay, shielded by the mountains and fragrant with sage and thyme,” reported a friend. And Kelly composed his profound Elegy for String Orchestra for his poet friend. Although Kelly was wounded twice at Gallipoli—he did receive the Distinguished Service Cross—he survived the great slaughter that caused innumerable suffering and casualties. He did finish the violin sonata shortly before the Gallipoli evacuation in 1926, and during a brief stay in London he played the work with D’Aranyi.

Frederick Septimus Kelly: Violin Sonata in G Major, “Gallipoli”
Kelly’s happy days in London were short lived as he was sent back to the war in France. Originally, he was placed in charge of improving the standards of the military band, but with the Somme Offensive brewing, he was moved to the front lines. He died at Beaucourt-sur-l’Ancre while rushing a German machine gun post in the last days of the Battle of the Somme in November 1916. During his memorial service Jelly D’Aranyi played their violin sonata. And 10 days after his death, “she wakes up at 2am and hears the first theme of the violin sonata being played, as if by a very bad violinist or a beginner.” According to D’Aranyi, “it sounded like it was coming across a very large body of water, and it was Kelly’s way of saying goodbye to me.” Jelly D’Aranyi kept Frederick’s photograph on her piano for the rest of her life, and despite numerous proposals, she never married!